Articles
Max Prosperi is a part-time frequent flyer and travel writer and full-time student. Based in St. Louis, Missouri, Max covers a variety of topics with a focus on points, miles, and aviation.
Follow
Dec. 23, 2018
•
4 min read 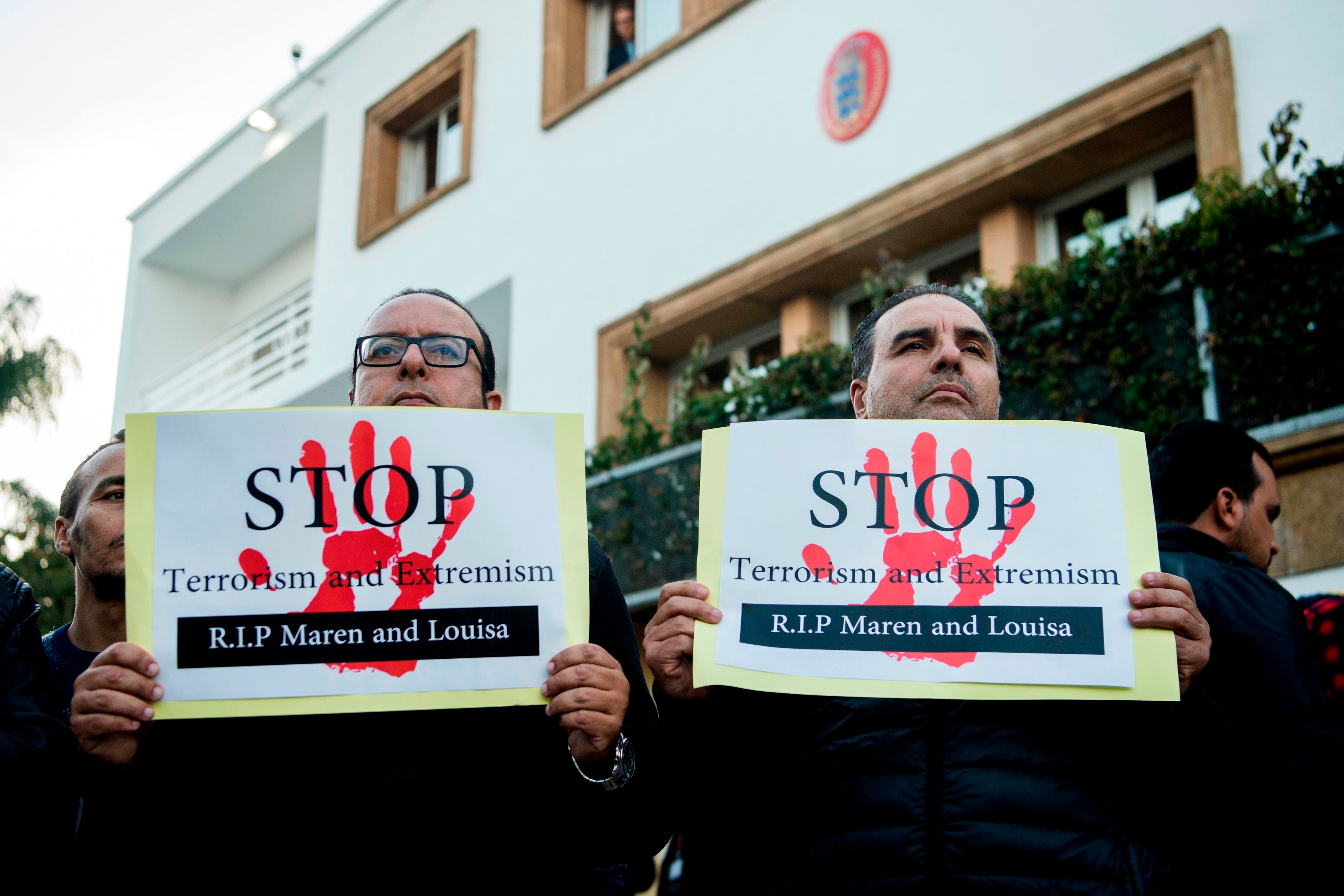 2 Tourists Killed in Morocco by Terrorists Who Pledged Allegiance to ISIS
This post contains references to products from one or more of our advertisers. We may receive compensation when you click on links to those products. Terms apply to the offers listed on this page. For an explanation of our Advertising Policy, visit this page.

A total of 13 men have been arrested by Moroccan authorities following the grizzly slaying of two young Scandinavian backpackers. The bodies of the two young women, Maren Ueland (28) of Norway and Louisa Jespersen (24) of Denmark, were found in an unguarded region of the Atlas Mountains. The two women were visiting Morocco to hike the mountains, a popular destination in the North African country.

Initially, four men were arrested and are believed to have committed the atrocities. CNN is reporting that nine other men have also been arrested in connection to the murders. All 13 suspects are reported to have pledged allegiance to the terrorist organization ISIS, or ISIL, the Islamic State of Iraq and the Levant.

While President Donald Trump recently declared the war against ISIS to be a victory, authorities in Morocco and Denmark say otherwise. Moroccan authorities are continuing to investigate the beheadings of the two women, while Danish officials have officially declared the murders to be politically motivated and thus an act of terror.

Danish Prime Minister Lars Lokke Rasmusen told reporters that, "What should have been a holiday trip turned into a nightmare...Two women were killed in a bestial manner. We respond with dismay, disgust and deep sorrow."

The recent slayings have raised questions as to whether or not travel to Morocco is safe. Multiple countries have urged their citizens to reconsider travel to the country. The reemergence of terrorist cells like ISIS and Al Qaeda throughout Northern Africa prompted the renewed travel warnings. Denmark and the United Kingdom, as well as other European countries, have issued travel advisories regarding travel to Morocco. As of December 23rd, the US State Department has yet to issue any travel advisories for Morocco. This puts the country in the same category as Canada, while placing countries like the UK and Denmark at a Level 2 advisory, which urges US travelers to "Exercise Increased Caution".

Morocco has fared better than most North African countries in the wake of the spread of ISIS and other extremist groups. It remains a popular destination for Europeans seeking sun and warmth. Morocco is also one of the most culturally diverse nations in Africa. 5.1 million tourists are said to have visited Morocco in the first half of 2018, a significant increase in recent years. Nonetheless, Morocco remains an area of concern. In recent months, multiple ISIS militants have been arrested in Morocco. A recent wave of attacks throughout North Africa has also extended into Morocco.

While Morocco remains a popular destination for Europeans, it is relatively difficult for Americans to visit the country. No US airlines currently serve the country, however, there is direct service to the US on Royal Air Maroc. Royal Air Maroc is scheduled to join the Oneworld alliance in 2020, which will likely make it easier for Americans to visit the country. There are a number of popular US hotel brands throughout popular destinations in Morocco, including the Sheraton Casablanca and Hilton Tangier.

While the recent wave of terrorism in the region and the brutal execution of the two young backpackers has raised concerns regarding travel to Morocco, travel is still relatively safe in comparison to other North African countries. Moroccan officials have recognized the importance of tourism to the nation's economy and have stepped up security and counter-terrorism measures throughout the country.

Our points-obsessed staff uses a plethora of credit cards on a daily basis. If anyone on our team wouldn’t recommend it to a friend or a family member, we wouldn’t recommend it on The Points Guy either. Our opinions are our own, and have not been reviewed, approved, or endorsed by our advertising partners.
See all best card offers
Related stories
Deals
Round-trip flights to Austria from the US under $600
Guide
How to turn a 3-day weekend into a proper vacation
Guide
Amex Blue Cash Everyday Card review: Decent earning and no annual fee
Guide
7 best cruises for seniors who love to travel by sea