The saga with the French health pass continues; answering your questions about getting one now

Articles
Caroline Tanner covers news and travel for TPG. She is a journalism graduate of Mizzou and Northwestern.
Follow
Nov. 05, 2021
•
5 min read 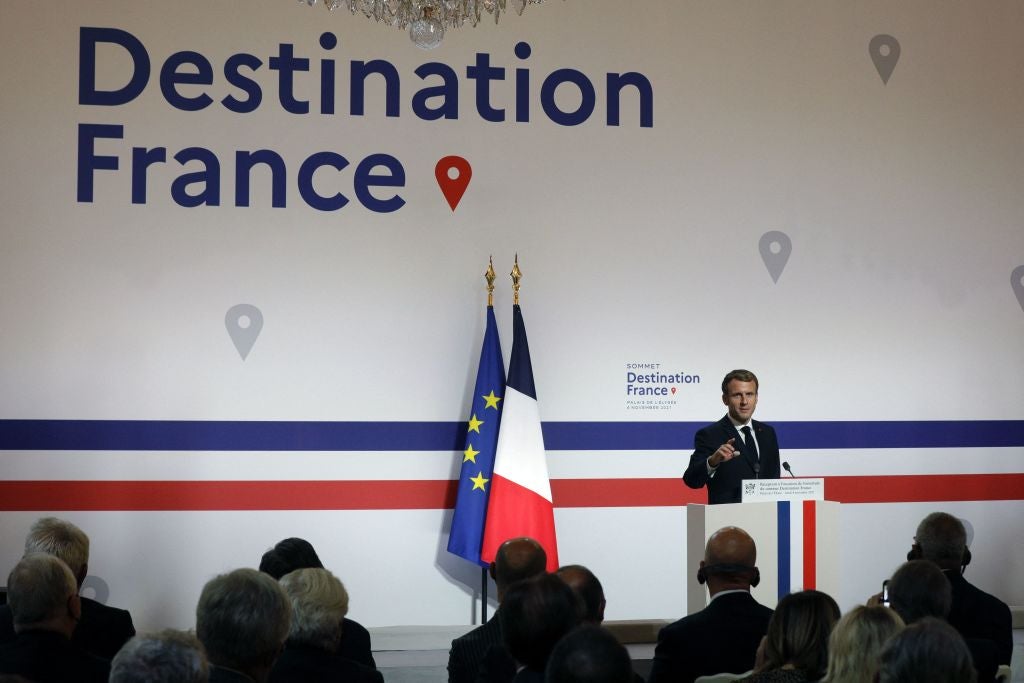 Just about every question in my inbox this week asked about one thing: the very sought-after French digital health pass that enables tourists and locals alike to seamlessly access public indoor spaces in France during COVID-19. Applications for such abruptly shut down this week, leaving American travelers heading to France scrambling and wondering what to do.

Rest assured, travelers to France can still enjoy their trip as planned, either by heading to a French pharmacy to request their foreign vaccination certificate be transferred to a digital health pass or by securing a temporary pass via a COVID-19 test.

1. What is the French digital health pass?

Since August, the French government has required people in France, visitors and otherwise, to show digital proof of vaccination or a recent negative COVID-19 test to access certain public spaces, both indoors and out, via a pass sanitaire/digital health pass. Thus far, entry to most places — including cafes, bars, restaurants, shopping centers, public transit, cultural sites, museums, theatres, nightclubs, athletic facilities, medical offices and hospitals — has been limited to holders of the digital health pass.

The digital health pass is mandatory for anyone over the age of 12 intending to participate in specific indoor and outdoor activities in France through at least July 2022. After directing travelers to submit requests for the health pass via email, the French government implemented an online application process in August — one for French citizens who were living or vaccinated abroad and one for the rest of us, including non-European foreign nationals and tourists.

On Oct. 20, French President Emmanuel Macron extended use of the pass until the end of next summer, sparking protests across France and elsewhere in Europe.

As you might expect, there were many tourists outside of Europe eager to get back to France after its closure due to COVID-19, to the tune of 4.5 million health pass applicants. Unsurprisingly, the French government was unable to process applications fast enough to keep up with the speed at which they were coming in and started warning travelers that they couldn't necessarily guarantee receipt of a health pass ahead of their trip.

As a result, the online application portal for non-French citizens temporarily closed last week. U.S. citizens and other people vaccinated outside of the European Union were no longer allowed to apply. That caused a state of disarray among Americans with upcoming trips to France, who wondered what to do about applications already submitted and ones for future trips.

"As of October 31, the French government has changed the method in which U.S. citizens and other people vaccinated outside the European Union may obtain a French Health Pass," per the U.S. Embassy in France, and is now directing travelers seeking the pass to designated pharmacies.

Currently, nearly 100 pharmacies across the country (half of which are in Paris) are accepting requests for a certificate of vaccine equivalence for $42. Click here for a detailed map of locations.

"The network is growing quickly and more and more pharmacies will be added to the map," About France, France's national tourism development agency, told TPG via email.

French pharmacies have reported long lines of people waiting to get tested, so be sure to factor some time into your schedule that day.

5. Are there any alternatives?

Travelers who are unable to convert their health pass, including those unvaccinated, may obtain a temporary 72-hour pass by taking a negative COVID-19 test on the ground in France. Just know that you will have to take a new test every 72 hours for the length of your stay.

Additionally, many travelers have had good luck getting into places with their CDC-issued vaccination card, albeit unofficially.

"I had my physical CDC card and it was like a golden ticket," TPG product manager Zachary Bartholomew said of his recent trip to France. "Everywhere we went just waved us in."

Even so, a health pass will likely be necessary to enter typical tourist destinations or places attracting large groups.

"French authorities have been accepting the CDC card as acceptable evidence of vaccination for entry into France, but it is not accepted as a French health pass required for domestic travel within France" or to enter the mentioned sites, says the U.S. Embassy in France. "This is strictly a French government procedure. Despite what some pharmacies have told travelers, the U.S. Embassy has no access to the French system, nor can we assist in this process."

Related stories
Chasing American Airlines elite status? Here are 14 ways to earn Loyalty Points
Fly to Greece from multiple US cities for less than $700
American Airlines restores free 24-hour hold option
Holiday airfare is rising: What to know if you haven’t booked yet
Featured image by AFP via Getty Images
Editorial disclaimer: Opinions expressed here are the author’s alone, not those of any bank, credit card issuer, airline or hotel chain, and have not been reviewed, approved or otherwise endorsed by any of these entities.