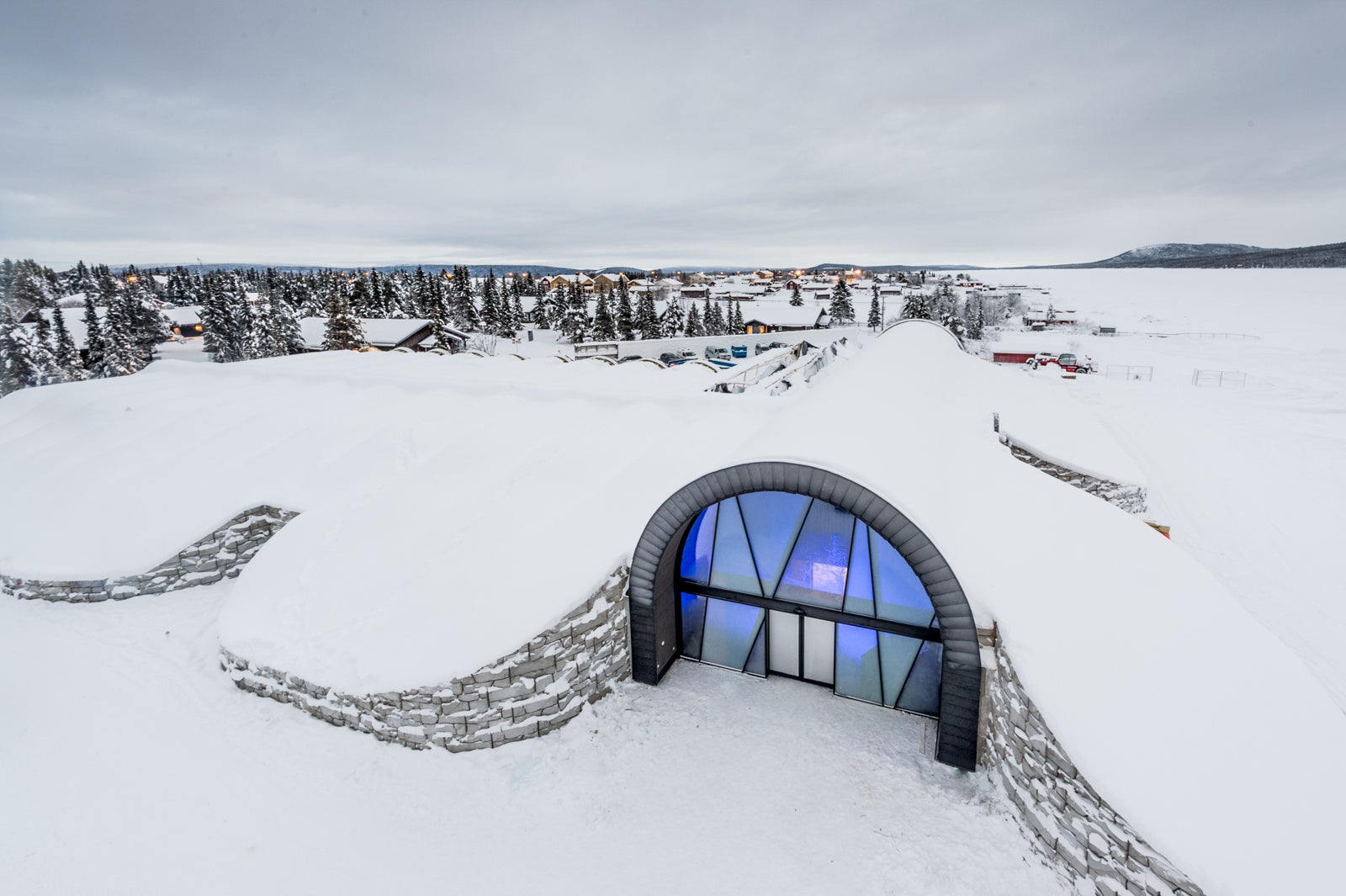 This winter, I spent the night at the Icehotel in northern Sweden, though I probably only slept for an hour during my stay at the world’s first permanent ice hotel.

But that doesn’t mean I had a lousy time. The opposite is true, actually.

There are a handful of ice hotels around the world, from traditional igloo designs to structures that are frankly more art gallery than hotel. During the winter, for example, you can spend a night inside Quebec City’s Hôtel de Glace, among one-of-a-kind ice sculptures. There's also Alpeniglu, in Austria (downright balmy 28-degree igloos stocked with sleeping bags and reindeer skins) and Norway's Snowhotel Kirkenes, where the winter season extends to late April.

And then there's the Icehotel in Jukkasjärvi, Sweden, where I stayed, which is open year round. No matter where you’re spending your night surrounded by snow or ice — or “snice,” the official term for a mixture of the two — you’re probably going to go through an emotional cycle of sorts. At least, I did.

If you’re a bit nervous about spending a night in one of the world’s many ice hotels, (and I highly recommend that you do try it at least once) here are a few things I learned from personal experience. First lesson? Don't expect your best night of sleep.

It’s an exciting thought, truly; spending an entire night tucked into an Arctic-climate sleeping bag in a literal work of art. You should be exhilarated. I know I was. It’s one of those experiences not many people can have, mostly because it takes a very specific kind of climate to sustain an ice hotel. Planning a trip to one of these places is on many traveler’s bucket lists — as the Swedish Lapland was on mine — which only adds to the anticipation.

Do My Friends Hate Me?

Your friends know you’re going to spend a night in an ice hotel. You’ve asked them all for tips and tricks, and it’s come up in every dinner conversation you’ve had since booking. It’s OK: Get it out of your system. Chances are, you’ll only get to do this once (it’s an expensive experience) so enjoy the build up. Just don’t blame your friends if they stop listening.

Once you get to the hotel, a lightning strike of incredulity will threaten to take you down. The room will be beautiful and even if the design isn’t necessarily your style, the skill with which everything was carved and arranged will leave you totally stunned. Take a moment to enjoy just how quiet is it in a room made of packed snow and ice.

In that quiet moment, you’ll probably realize for the first time just how cold it is; and you’re already bundled up. Just remember, no one has died from sleeping in an ice hotel — or at least, no deaths have been reported. You’ll be equipped with a professional-grade sleeping bag made to keep you warm and if you do get cold, a warm room is a few steps away. (At the Icehotel, there’s a warm bathroom and shower area just down the hall.) In moments of desperation, I even considered snoozing in the small closet you're assigned to store your belongings while staying at the Icehotel. (Hey, it has a bench for a reason, right?)

These rooms are asking to be photographed. Sure, in part it’s to show off to your social media followers. But your pictures are also proof. Proof that you did, indeed, survive a night encased in ice. Really beautiful ice.

The moments before you fall asleep in your own bed may not stand out to you. But drop the temperature to sub-zero levels, and the stage between lucid and sleep can feel like a lifetime. Keep calm, put some music on, hum to yourself. Triple check that you're all zipped up in your sleeping bag.

For me, this stage lasted about five hours, unfortunately. Pair the cold temperature with an inclination to snore when I sleep on my back and the fact that I was sharing an ice bed with a light sleeper ... I got about 90 minutes of sleep (total).

So learn from my mistake: This is not the night to share a room with someone who will be kept up by any kind of noise. Also keep in mind that you don’t need to be a habitual snorer for it to happen to you; I certainly am not. But when you’re tucked into a freezing room with no real pillow support, anything can happen.

I hope you get a better night sleep during your Icehotel stay. But in case you don’t, just factor in some time for a nap the day after. The experience, for me, wasn't great for a night of REM — but everyone has a different experience. TPG news editor Emily McNutt said that, despite the cold, the dark and quiet gave her two incredibly peaceful nights of sleep. Must be nice!