Articles
Ethan Steinberg has been a frequent flier for as long as he can remember. He went from studying abroad in Paris to moving to Shanghai after graduating college, where he covered all things travel in the Asia-Pacific region for TPG.
Sept. 23, 2019
•
3 min read 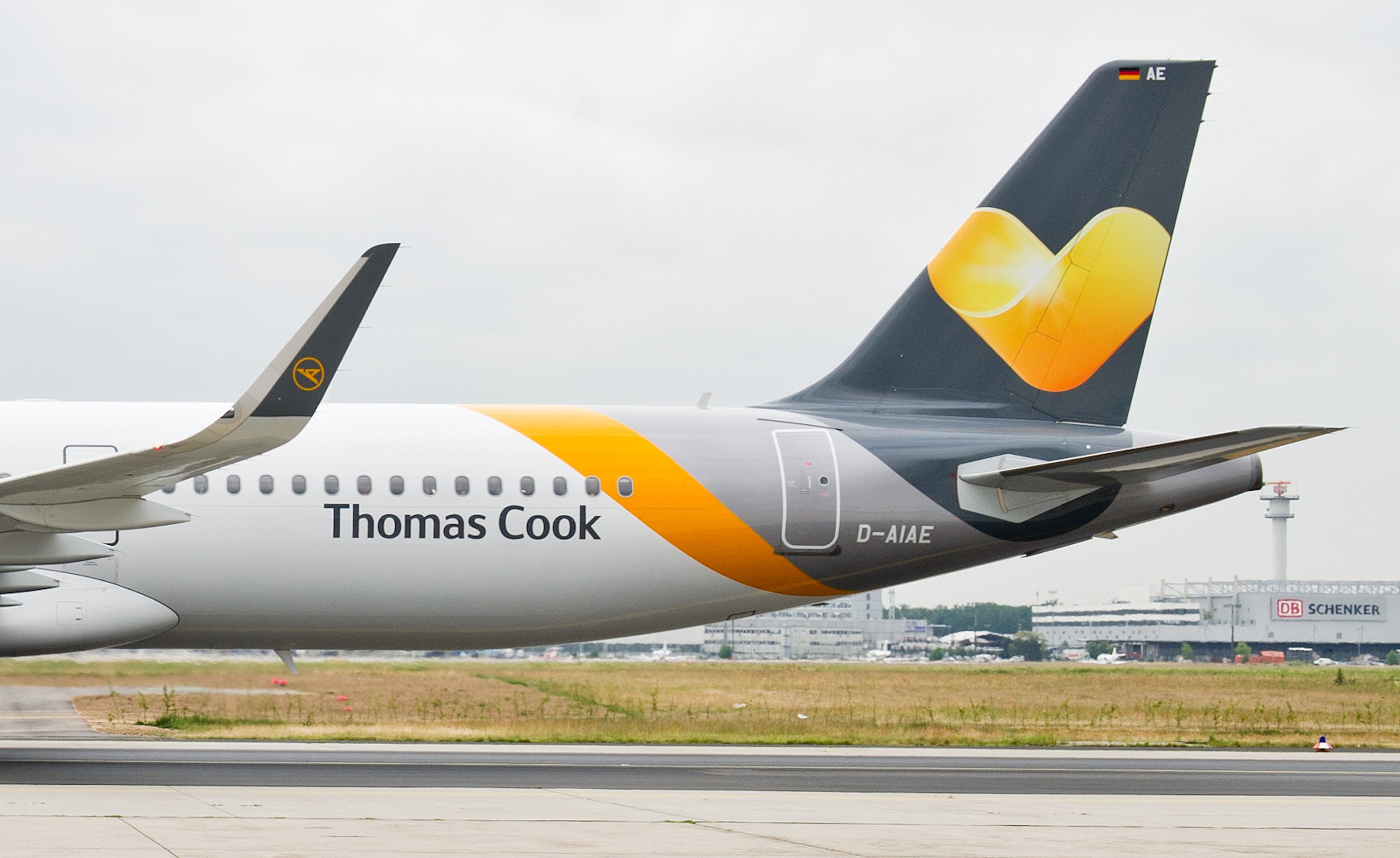 Thomas Cook officially out of business, all flights canceled effective immediately
This post contains references to products from one or more of our advertisers. We may receive compensation when you click on links to those products. Terms apply to the offers listed on this page. For an explanation of our Advertising Policy, visit this page.

After teetering on the brink of financial collapse for several months now, stock for the British travel conglomerate Thomas Cook has ceased trading on the London Stock Exchange, leaving the company insolvent. All bookings, including flights and vacation packages, have been canceled effective immediately.

While the company had many subsidiaries including tour operators and hotel companies, perhaps the most chaotic effect of this bankruptcy will be the cancellation of Thomas Cook Airlines flights. The carrier operated from its hubs in Manchester (MAN) and London Gatwick (LGW), primarily serving leisure destinations around Europe and beyond. According to The Guardian, these flight cancellations have left over 150,000 passengers stranded.

Given the scope of these disruptions, the UK Department for Transport is launching its largest ever peacetime repatriation operation to help stranded UK citizens return home. The UK Government and Civil Aviation Authority (CAA) have hired dozens of charter planes to fly customers back to the UK free of charge. The government aims to fly people as close to their original travel dates as possible, and is urging customers not to cut their vacation short or make alternate arrangements until checking the website it's established (thomascook.caa.co.uk) for this matter.

In addition, the CAA is contacting hotels hosting Thomas Cook customers who booked as part of a vacation package to tell them that the government will cover the cost of their accommodation. This repatriation effort will cover all passengers scheduled to fly back to the UK on Thomas Cook Airlines in the next two weeks, at an estimated cost to taxpayers of about £100 million.

As part of its sprawling travel empire, Thomas Cook Holdings also owned Condor airlines, a Frankfurt (FRA) based leisure carrier that serves a number of US destinations including Baltimore (BWI), Phoenix (PHX) and more. The Condor website is showing a rolling banner indicating that flights are currently operating as scheduled, and it's still possible to book flights on Condor for later in the year. However, given the uncertainty over the airline's financial future (despite rumors of takeover bids from both Lufthansa and Virgin Atlantic), it might be wise to look for alternate routings between the US and Germany, including on Star Alliance carrier Lufthansa, which flies to dozens of North American destinations from both Frankfurt and Munich.

The last year or two has seen a serious reshaping of the commercial aviation industry, as a number of smaller low-cost carriers have gone belly up due to financial woes and even larger established airlines such as Qatar and Cathay Pacific are seeing geopolitical problems eat away at their profits.

Whether you have travel booked on Thomas Cook or had never heard of the airline before today, let this serve as a good reminder that you should always pay for your airfare with a credit card that offers travel insurance. If you're not sure which cards carry this incredible benefit, you can check out TPG's guide here. While the exact benefits vary by policy, the good news is that most travel insurance companies include "financial insolvency of common carrier" as an eligible and covered cause.