Challenges at home push hotel brands elsewhere; a third of all new global rooms will be in China

Articles
Cameron Sperance is a senior hotels reporter at TPG. He covers anything to do with the hotel industry, from the guest experience to the business itself.
Follow
April 09, 2022
•
5 min read 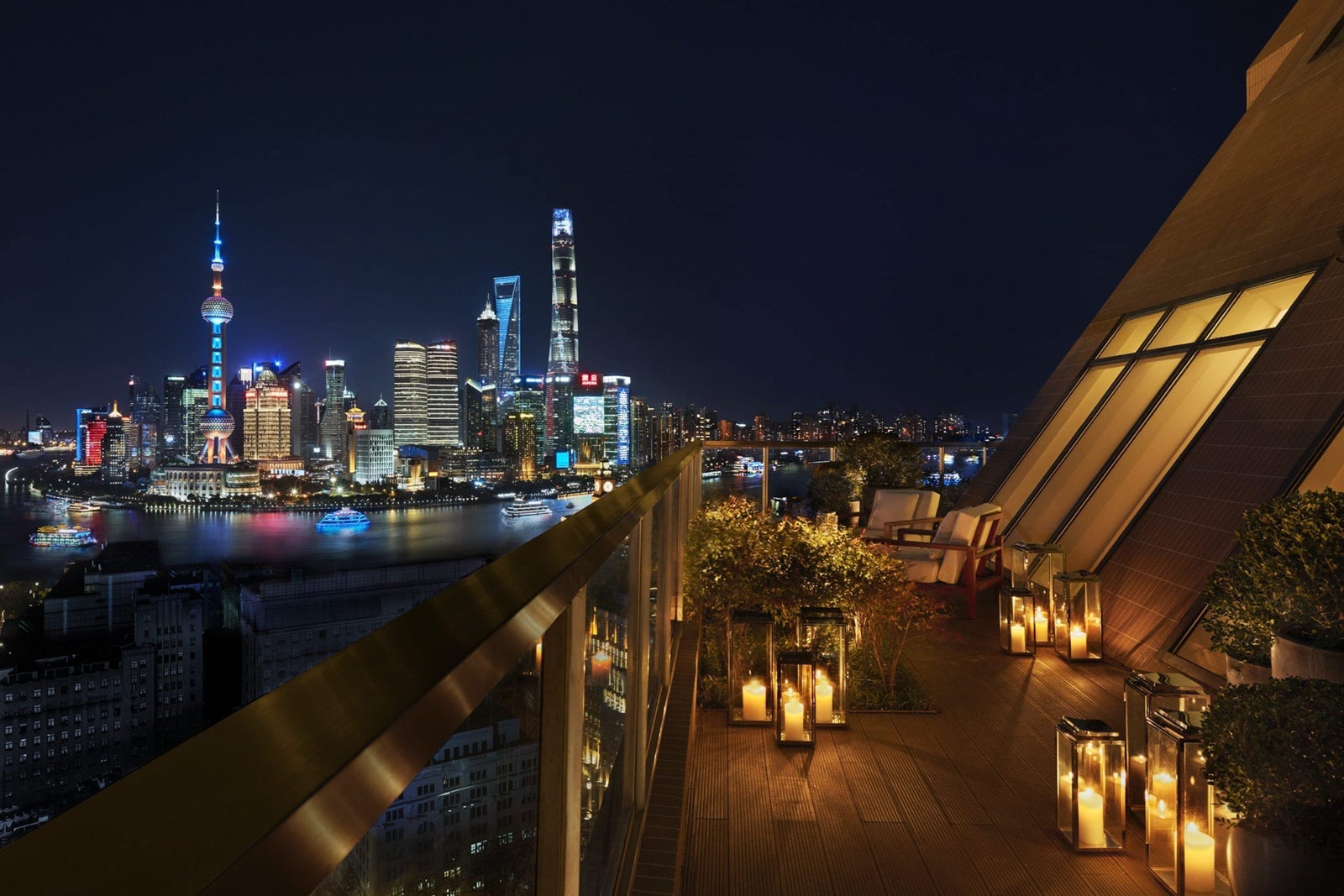 Hotel performance in China languished in recent weeks amid ongoing lockdowns, centered around Shanghai, to combat a surge in new coronavirus cases.

However, Western hotel companies like Marriott International, IHG Hotels & Resorts and Hilton are looking past that as they pour new brands and hotels into the country.

For more news delivered each morning to your inbox, sign up for TPG's daily newsletter.

IHG is opening an array of InterContinental, Hotel Indigo and Kimpton properties in China this year. Hilton made a deal with Chinese developer Country Garden in 2020 to open more than 1,000 Home2 Suites in China. Marriott expects to open more than 50 hotels this year alone in the region on top of its already ambitious Asia growth strategy.

China accounted for more than 700,000 of the 2.3 million hotel rooms under construction at the end of 2021, according to Lodging Econometrics — more than 30% of the global pipeline.

The development optimism might seem at odds with China’s current hotel performance reality.

Revenue per available room, which is how the hotel industry gauges its performance, was down 58% from pre-pandemic levels last week, according to hotel data firm STR. That’s an improvement from the prior week when Chinese hotels were down 64% compared to 2019.

Noting the improvement in hotel performance was “less bad” than two weeks ago, “it is hardly encouraging,” Truist Securities analysts wrote in a memo to investors in the Chinese hotel market. By comparison, European hotels last week were down 29% from 2019 levels and those in the U.S. were up 4.5%.

The drop in demand stems from the worst coronavirus wave China has seen since 2020. China’s strategy to combat the virus has been to largely shut down affected areas and reintroduce travel restrictions. Thus, hotel performance has been significantly down in recent months amid various lockdowns that pop up when a new outbreak appears.

Performance plummets, however, don't appear to be hindering interest in developing in China from some of the world’s largest hotel companies.

China is the fastest-growing region for business at IHG, the company’s CEO Keith Barr said on an investor call earlier this year. Hilton CEO Christopher Nassetta indicated in the last year his company would push further into Asia, led by China, amid an expected slowdown of hotel construction in the U.S.

“It’s pretty simple. It’s the fact that, compared to the United States, it’s virgin turf in China,” said Daniel Lesser, CEO of LW Hospitality Advisors. “For the most part, most brands have more than enough coverage in the U.S., which is why they keep coming up with new brands — because they’re saturated. In China, they’re far from saturated.”

It might still be a head-scratcher as to why these major hotel companies continue to put so much stock and resources into building in China when the U.S. and Middle East saw better hotel performance, especially for the back half of last year. Some of the argument simply comes down to supply and demand.

Hotel companies generally take a long view of the travel climate rather than focus on weekly performance charts. Even if China’s rolling lockdowns suppressed hotel performance for months, there are plenty of reasons to beef up brand presence there rather than in other parts of the world. Arguably the biggest one is the country has an enormous population that is increasingly building up its wealth.

A large domestic population with disposable income for travel is what initially shot China to a world-leading recovery in 2020 following its initial coronavirus outbreak. Marriott expected to see a full recovery in China before anywhere else in the world coming out of the pandemic, and it did — until case spikes ushered in this new era of rolling lockdowns.

U.S. hotels rode a similar recovery wave on domestic travel while international borders remained largely shut off. European hotels lagged in recovery, as hotels there rely more on international travelers from places like China and the U.S. to fill up rooms. However, even European hotels, despite the war in Ukraine, have outperformed China in recent weeks largely because travel restrictions have been lifted.

The curious case of unwavering development demand in China isn’t just because of its large population and growing disposable income.

China’s hotel stock isn’t as branded as that of the U.S., so hotel companies want in as quickly as possible considering there are only so many places in America you can park a Hilton Garden Inn or a Sheraton, the thinking goes.

It can take a few years to take a hotel from initial concept through construction and to opening day. Development teams at companies like Hilton and Marriott expect the lockdowns dragging China’s hotel market down now will be in the rearview mirror by the time many of these hotels eventually open.

“Most of the development trends … have been following the trend of the virus — meaning, as the world has been opening up in those regions, you see a pretty direct correlation to signing activity and approval activity,” said Kevin Jacobs, Hilton’s chief financial officer, during the company’s most recent earnings call. “China has been a little bit of the exception to the rule with COVID where, even in the face of lockdowns, we've had a lot of activity.”

Related stories
5 things to know about airline travel alerts
Don’t forget: You have one month to use up your Uber Rewards points
You can earn Southwest points with the Rapid Rewards Dining program: Here's how
Fly premium economy to Istanbul starting under $1,000
Featured image by (Photo courtesy of The Shanghai Edition)
Editorial disclaimer: Opinions expressed here are the author’s alone, not those of any bank, credit card issuer, airline or hotel chain, and have not been reviewed, approved or otherwise endorsed by any of these entities.