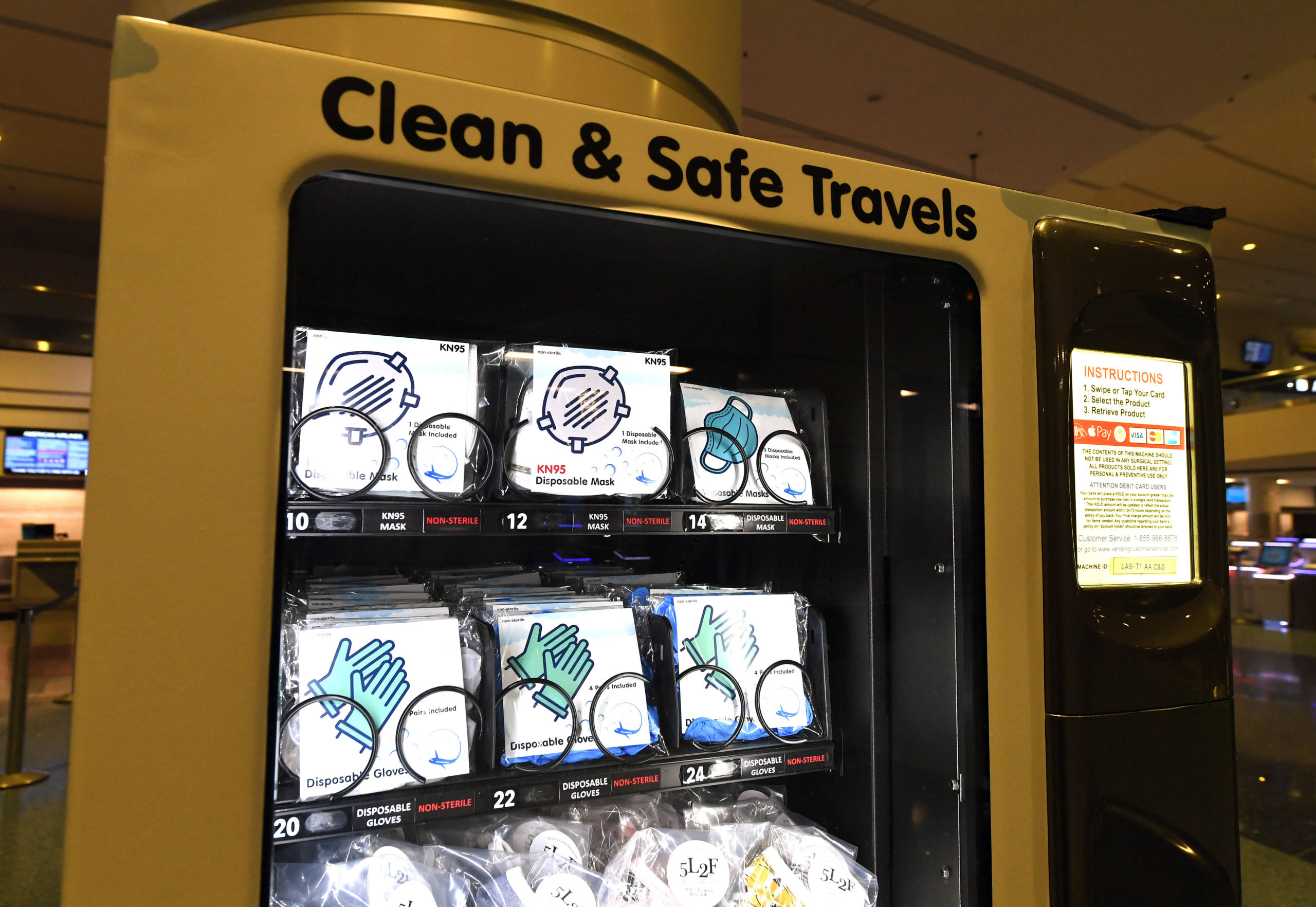 In the olden days, vending machines in airports dispensed exactly what you'd expect. If you were looking for soft drinks, water, chips and candy, airports had machines that were ready to serve you, and you could use coins or dollar bills to pay for it.

In 2006, Zoom Systems installed vending machines at Atlanta's Hartsfield-Jackson International Airport (ATL) that sold Apple products. From there, vending machines in terminals started selling everything from headphones to cosmetics. The machines are ideal, since the don't take up a lot of space, can be maintained without a huge staff and can offer a variety of items that appeal to travelers. Below, we look at nine other items you can by on the fly before you take off.

Below, we look at 13 other items you can buy on the fly before you take off.

You're about to board your flight and you're starving. Or your flight has landed, you're hungry but all the airport's dining options are closed. But if you've landed at Baltimore-Washington International Thurgood Marshall Airport (BWI) in Southwest Airlines' Concourse A, you're in luck. The Wellfound Foods SmartFridge vending machine is ready to serve you with fresh food, including a smoked turkey and apple chutney sandwich, a buffalo cauliflower salad or an avocado superfoods grain bowl.

San Antonio International Airport (SAT) is the first of several airports to receive Basil Street’s automated pizza kitchen (APK), which dispenses 10-inch, Italian-style, thin-crust pizza. Three flavors are available: four-cheese, pepperoni and a “Pizza of the Month,” made fresh, then flash-frozen and cooked to order in about three minutes.

After landing, you reach for your cellphone and realize in horror that it isn’t there. You’re going to be gone for a while and you need to stay in touch. Straight Talk offers vending machines that sell the latest pre-paid cell phones and sim cards at six airports, including JFK Terminal 2, along with the Amtrak station in Chicago.

FuelRod’s mobile charging station offers rechargeable FuelRods that power up Apple or Android smartphones and tablets from a vending machine. Each FuelRod kit comes with cables for recent Apple and Android devices. Used FuelRods can be exchanged for fully charged replacements at any kiosk or SwapBox, either for a modest fee or recharged via USB using the kit’s cables. The chargers can deliver up to eight hours of additional talk time on the average smartphone, or nearly four more hours of usage on tablets — all for between $22 and $30, depending on the location.

Many times we aren’t in city long enough to buy souvenirs. Or maybe you did buy them, but forgot one for a friend or family member. Either way, you’d rather not shop at some generic news store at the airport. SouveNear has vending machines in six U.S. airports that sell a curated selection of locally sourced, artist-made objects, including flair pins jewelry, t-shirts, teas, spices and gourmet food and fun stuff for the kids.

This company was founded by Jasmin Smith in 2015 after being caught without diapers for her twin babies in an Anchorage, Alaska, shopping mall. She created and opened a vending machine at Ted Stevens Anchorage International Airport (ANC) in 2019. Supplies available include diaper bags, wipes, a nose suction device, pacifiers, thermometers and teething rings.

Jeni’s Splendid Ice Creams is a local legend when it comes time to get a scoop in Columbus, Ohio. If you didn’t get a chance to sample it during your time in Ohio’s capital city, don’t worry! You can get your fix at two Jeni’s vending machines at John Glenn Columbus International Airport (CHM) — one each in Concourses A and B. You have your choice of single-serve, grab-and-go ice cream cups or a rotating selection of our ice cream sandwiches.

Best Buy Express vending machines are in approximately 200 locations nationwide, with about 80 percent of them inside airports. They sell a range of products, including Bose headphones, Apple AirPods, GoPros, cell phone chargers and portable speakers, among other things.

San Franciso-based Benefit Cosmetics has beauty vending machines in more than 30 airports. The vending machine, in the shape of a pink bus, offers its most popular products, including mascara, lipstick, custom powder, face balm, blushes and pore cream.

You’ve rushed to the airport to see a loved one and realize you want to give them flowers. Las Vegas’ McCarran International Airport (LAS) and BWI are among those who have flower vending machines that can help.