These Travel Companies Are Cutting Down on Single-Use Plastic

Articles
Alyssa Cerchiai rounds up the top travel stories each week and covers news on the weekends. If you catch her at the airport, she’d happily guest you into the lounge as a proud authorized user of her dad’s Platinum Card by American Express.
Follow
June 03, 2018
•
4 min read 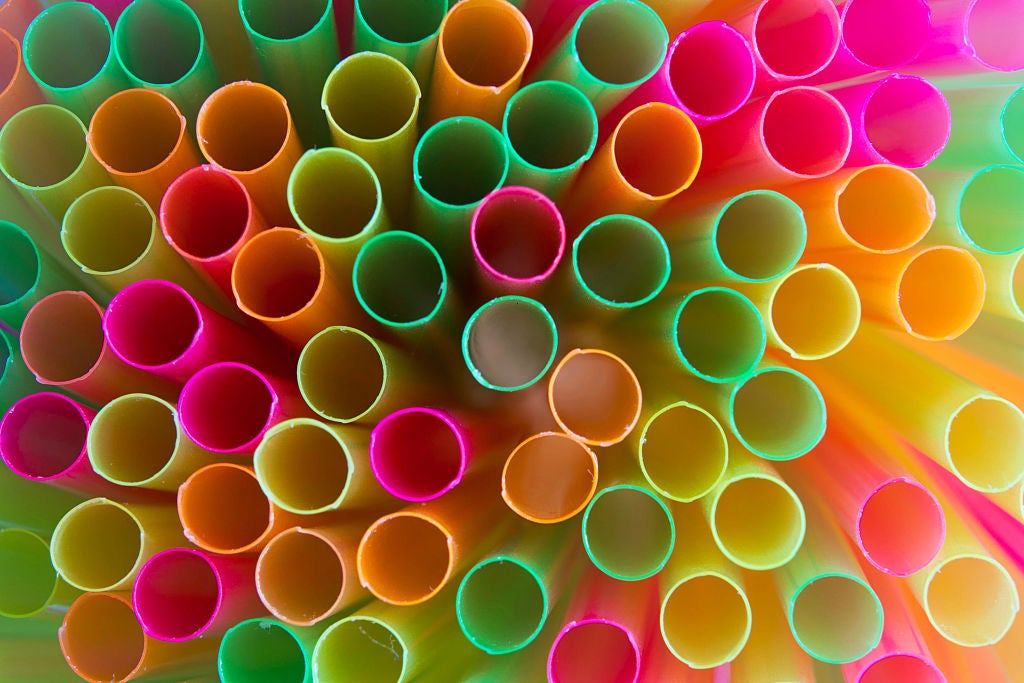 It's not news that plastic is harming and endangering marine life, but after upsetting videos of sea turtles injured by plastic straws, there has been a widespread call for the end of single-use plastics.

Americans use about 500 million straws daily, according to the National Park Service, and that staggering amount of non-biodegradable waste is washing up in oceans and other bodies of water.

“Plastic pollution is causing devastating marine life issues with plastic now found in the bellies of whales, turtles, and more including seabirds, of which 99% of all species are expected to have ingested plastic by the year 2050,” Dune Ives, the executive director of Lonely Whale told USA Today.

In response to the environmental threat, the European Union could soon be banning the use of plastic straws, cutlery and plates.

On a quest to find out what the travel industry is doing to reduce single-use plastics (like straws), TPG reached out to a few airlines and hotels to hear what they're doing to cut down on plastic items both in the air and on the ground.

Here's a roundup of some of the latest anti-plastic initiatives:

Alaska is the most recent airline to phase out single-use plastic in favor of more sustainable options.

The Seattle-based carrier, which handed out 22 million plastic stir straws and citrus picks in 2017, will be ending the use of the plastic beverage items onboard and in its lounges in July of 2018.

United does not offer straws on board, but it has been offsetting its use of other plastics through its on-board recycling program in which flight attendants offer both trash and recycling bags when collecting garbage. United was also the first airline to team up with nonprofit Clean the World. In the partnership, United donates unused items from amenity kits to create hygiene kits for people in need across the globe so that the products don't end up unused.

American Airlines is taking action in Admirals Clubs with a new straw and stirrer stick initiative that will be implemented this summer. They'll be serving drinks without straws and only offering a new bio-degradable, eco-friendly straw and stir stick upon request.

Delta is working on limiting plastic in landfills and the ocean by having its flight attendants collect onboard plastics in recycling cities through the voluntary onboard recycling program. In the last year, Delta passengers recycled more than 22 million aluminum cans. Additionally, the crew uniforms that are being phased out for the new Zac Posen-designed uniforms are being up-cycled.

BA recently entered a partnership to develop plants to convert household waste into renewable jet fuel to power their fleet. This will lead to the reduction of their net emissions by 50 percent by 2050.​ The airline is also currently working to reduce its use of plastic and actively seeking to source non-plastic alternatives where possible.

Hyatt just announced its plan to eliminate single-use plastic straws and drink picks in its hotels around the world. After Sept. 1, 2018, straws and picks will be available on request only, and eco-friendly alternatives will be provided where available. The hotel chain has also partnered with IamStrawless in Amsterdam to raise money for the campaign, and used compostable paper and plastic disposables.

Hyatt also donates its unused toiletries to Clean the World, and 2018 marks the tenth year of the partnership with the nonprofit. Hyatt hotels have donated 475,000 pounds of bar soaps and toiletries.

*This post has been updated to include Hyatt's most recent conservation plans.

Hilton has committed to removing plastic straws from all of its 650 managed hotels globally. The company will save an estimated 35 million straws per year from potentially ending up the ocean.