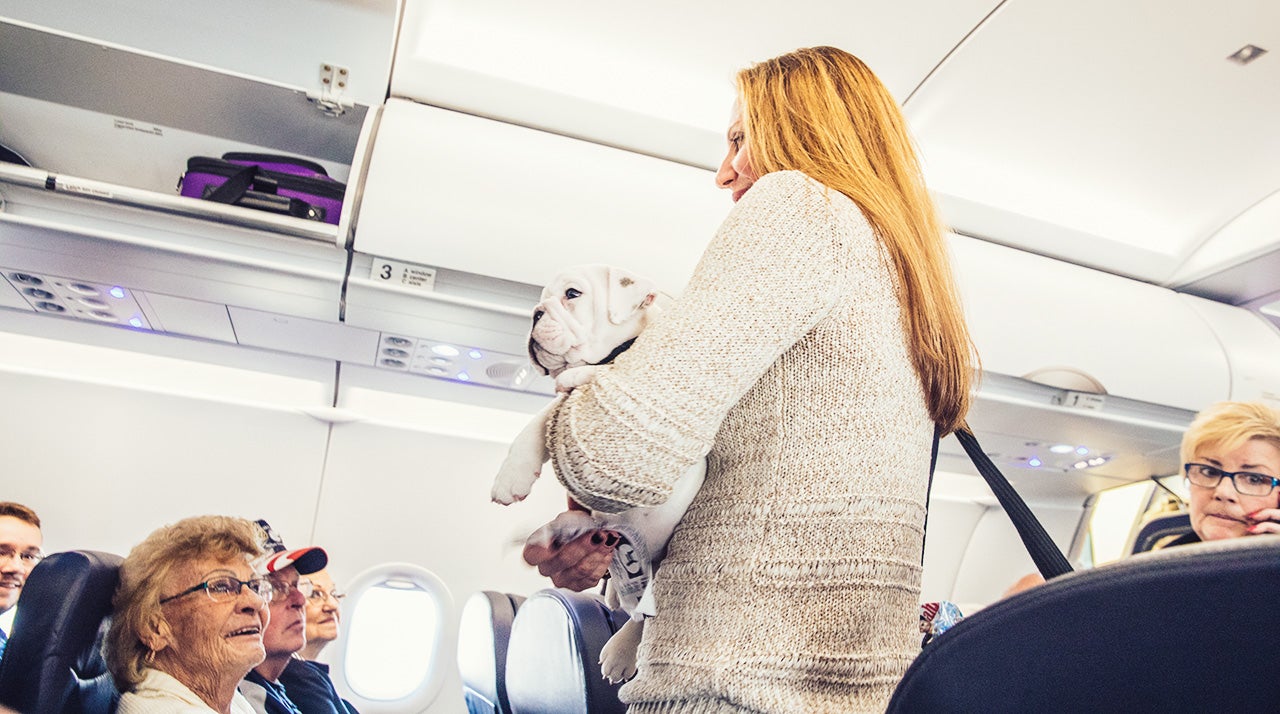 United Airlines reputation for mishandling dogs is unfair, according to a Washington Post study. In fact, it appears more dogs die on United flights because, perversely, the airline is a better— and often the only — choice for humans' best friend.

Diving into Department of Transportation data, the newspaper found that though the hard numbers seem to damn the airline — 75% of dog deaths on 2017 occurred on United — much of that is because the airline is the only one that will agree to transport dogs that are prone to respiratory issues.

Among all US carriers, only United will ship snub-nosed dogs (under restrictions and with warnings that certain animals are more prone to travel-related health problems). American and Delta have both forbidden short-nosed dogs for years; other airlines, including JetBlue, Spirit and Southwest, don't transport animals at all.

That led to a disproportionate number of animal deaths aboard United flights — 40 percent of the animal deaths on United from 2015 to 2017 involved short-nosed breeds such as bulldogs, Shih tzus, Boston terriers and boxers. The No. 1 canine victim of air travel on all airlines in that period, in fact, was the American Bully, a relatively new breed of bulldog-style animal derived from bull terriers and pit bulls.

"We've been saying for some time that when you look at those numbers, the overwhelming numbers of those passing away while in our care were due to preexisting conditions or natural causes or something beyond our control," United spokesman Charles Hobart said in a phone interview. "But we also understand that anytime it happens it's a tragedy, and we're working to prevent that from happening again."

The Washington Post findings don't necessarily explain some of United's more cringeworthy animal-related incidents, such as the French bulldog that died while stuffed into an overhead bin, or the German shepherd from Kansas that took an unexpected trip to Japan, but for now United has mostly stopped shipping animals while it conducts a months-long review of the program.

"We're doing a top-to-bottom review of the service," Hobart said. "We want to do what's in the best interest of our customers and the comfort and safety of the animals that we fly."