The Points & Miles Backpacker: Off the Beaten Path in Slovenia

Articles
Brian Biros spent most of the last 15 years backpacking through 100+ countries. He writes TPG's Points & Miles Backpacker column, so you'll more likely find him in a hostel than a Ritz, if you can find him.
Follow
Nov. 05, 2018
•
10 min read 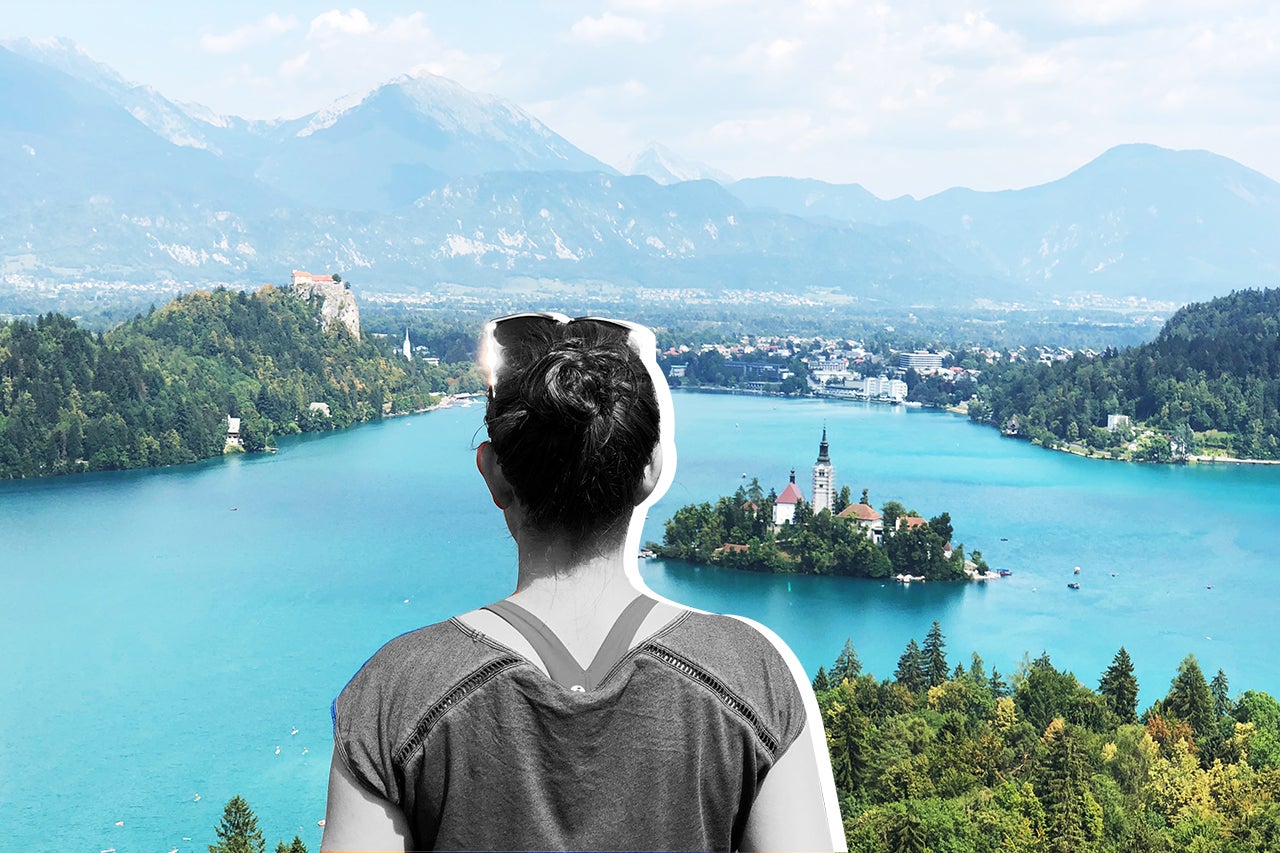 Want to get off the beaten path?

With longstanding tourist magnets Italy and Austria attracting travelers to the west and north, and trendier countries such as Croatia and Hungary to the south and east, Slovenia has managed to slip under travelers' radar, leaving it delightfully crowd-free. This central European nation is also more affordable than its neighbors, making it a wonderful, unsung spot for backpackers.

Today, I'm beginning a destination-based series that will focus on lesser-known destinations and hidden corners of popular, must-visit cities and countries. This month, I'm focusing on overlooked Slovenia.

From the northwest, the rugged Alps taper out through fairytale settings of alpine mountains and rolling foothills. The locals are friendly, hospitable and eager to share their country. And the varying landscapes can satisfy both a thirst for adrenaline as well as a need for serenity.

Price-wise, Slovenia sits between the budget-breaking prices of western Europe and still dirt-cheap eastern Europe. High season hostels will run between €20 and €35 a night (about $23 to $40), but meals and local wine can be found for cheap.

Things to Do in Slovenia

Lake Bled is the well-deserved centerpiece of every Slovenia itinerary. However, it is possible to escape the crowds and the costs. Early mornings and evenings are best for strolls or runs around the lake. If you're going for a swim, bypass the €8 ($9) charge on the east side of the lake and walk to the west, where there are two swim spots with free entry. It's illegal to swim elsewhere, but it seems an exception is made for the rope swing along the north shore (listen for the splash). The free swim spots can get crowded, so rent a stand-up paddleboard, head toward the island and jump in there.

In the forest west of the lake, a network of trails will lead you to the iconic view point you see in this article's feature photo.

Near Bled, the Vintgar Gorge is a €1 bus ride away and only €5 — about $7 total — to enter. Visit in the late afternoon, after all the big bus tours have left and the narrow walkways aren't annoying traffic jams.

In July, I took over the TPG Instagram account and documented a day in the life of a backpacker in Lake Bled with more tips and details.

Like Luke Wilson to his brother Owen, Bohinj doesn't seem to mind Bled getting most of the attention, despite probably being the more attractive of the two. A cheap 30-minute bus ride from Bled drops you on the shores of a crystal clear lake that looks like one you'd find after a two day hike in the mountains. There is no development along the shoreline, so mountains frame the lake from every angle.

The shores of Bohinj are noticeably less crowded, but you can hike around the lake for even more seclusion. The surrounding path, which is three times longer than Bled's, winds through thick forest on the far side of the nine mile loop. There, you may find yourself on an empty beach, or maybe even a clothing optional one (which I unwittingly stumbled upon).

And where there are mountains and rivers, there are extreme sports. Adrenaline-seekers should base themselves in Bovec, which is much less trafficked than Bled. Raft the electric blue Soča River and go canyoneering in the Sušec Canyon. Afterward, relax in the natural swimming holes that pool beneath the Virje waterfall.

Whether you're reaching Slovenia by bus, plane or train, you're likely to transit through the capital city, Ljubljana. Orient yourself during a free (tip-based) walking tour through downtown, and take a detour to see the incredible street art gallery of Metelkova. At night, it's a BYOB street fest with locals, backpackers and other travelers willing to post up on a curb or in a tree house. If you need another drink or are seeking live music, the divey clubs share the street's laid-back vibe.

Slovenia only occupies a 27-mile sliver of Adriatic coastline, but the town of Piran is the best place to experience it. Hike up to the city wall for sunset over the town and sea, then grab cheap, fresh seafood from Fritolin pri Cantini, a tucked away restaurant where you can share a table in the courtyard and make friends with other travelers as you sip a glass of Rebula or sparkling Jazbec. Just be warned: at just over €1 a glass, your money may outlast your tolerance.

All of the aforementioned highlights are located in western Slovenia, so it's easy to see why most visitors don't make it to the eastern half of the country. But if you do have time, drive the Solčava Panoramic Road: a 23-mile stretch of road dotted that originates in the mountain town of Solčava and features stunning lookouts, bucolic farms and passes more than a dozen hiking trails.

You can also explore red-roofed Ptuj, Slovenia's oldest town, which is home to an eponymous wine cellar and castle. The region is most famous for thermal spas, but those tend not to be budget friendly.

There is no doubt Postojna Cave is among the most impressive in the world, but it's disappointing to see how commercialized it's become. The entrance fee is now $32 — but rather than including entry to nearby Predjama Castle and the corresponding museums and exhibits, these are all pushed as money-saving bundles. If you go all-in, you're out $52 (but you'll save $22!). It shouldn't be too long until they add a laser light show.

After you've endured the ticket queue, you'll have more time to kill until your assigned entrance. Luckily, there are plenty of shops that line the long walkway to the cave entrance, so you can stock up on Postojna caps, T-shirts and key chains.

If you've never experienced underground caves with stalactites and stalagmites and witnessed the amazing work tiny droplets of moisture can accomplish over millions of years — or if your refrigerator is in need of more magnets — by all means, go. But if you've seen Mammoth Cave in Kentucky, the Puerto Princesa cave in the Philippines, St. Michael's Cave in Gibraltar, Carlsbad Caverns in New Mexico, or any of the many, many impressive cave networks in Southeast Asia, you have a pretty good idea of what you'd find in Postojna Cave.

Postojna Cave can, however, be visited as a stopover on the way from Ljubljana to Piran. If you go, bring a layer because it's 50 degrees in the cave, and your admission bundle doesn't include a coat rental (€4, or $5 extra). And if budget isn't a problem, the Predjama Castle, which was built into the side of a cliff, is extremely impressive.

When to Visit Slovenia

Summers are best if you're looking to take a dip in the lakes or the sea. However, that is peak tourist season (read: crowds). If you're going to stay dry, try a shoulder season trip to Slovenia. Fall is especially beautiful, when you can admire the changing colors around lakes Bled and Bohinj.

Ljubljana Jože Pučnik (LJU) is the main airport, but there are no directs flights from the US, and you'll rarely find cheap fares. Miles are your best bet, with the standard rate of 30,000 miles one-way to Europe on either American or United. United usually has great availability, as Slovenia's national carrier, Adria, is a Star Alliance member. If you are booking round trip, make sure you take advantage of the United Excursionist Perk.

If you’re looking to back that pack up and get some guidance, send your questions to backpacker@thepointsguy.com !