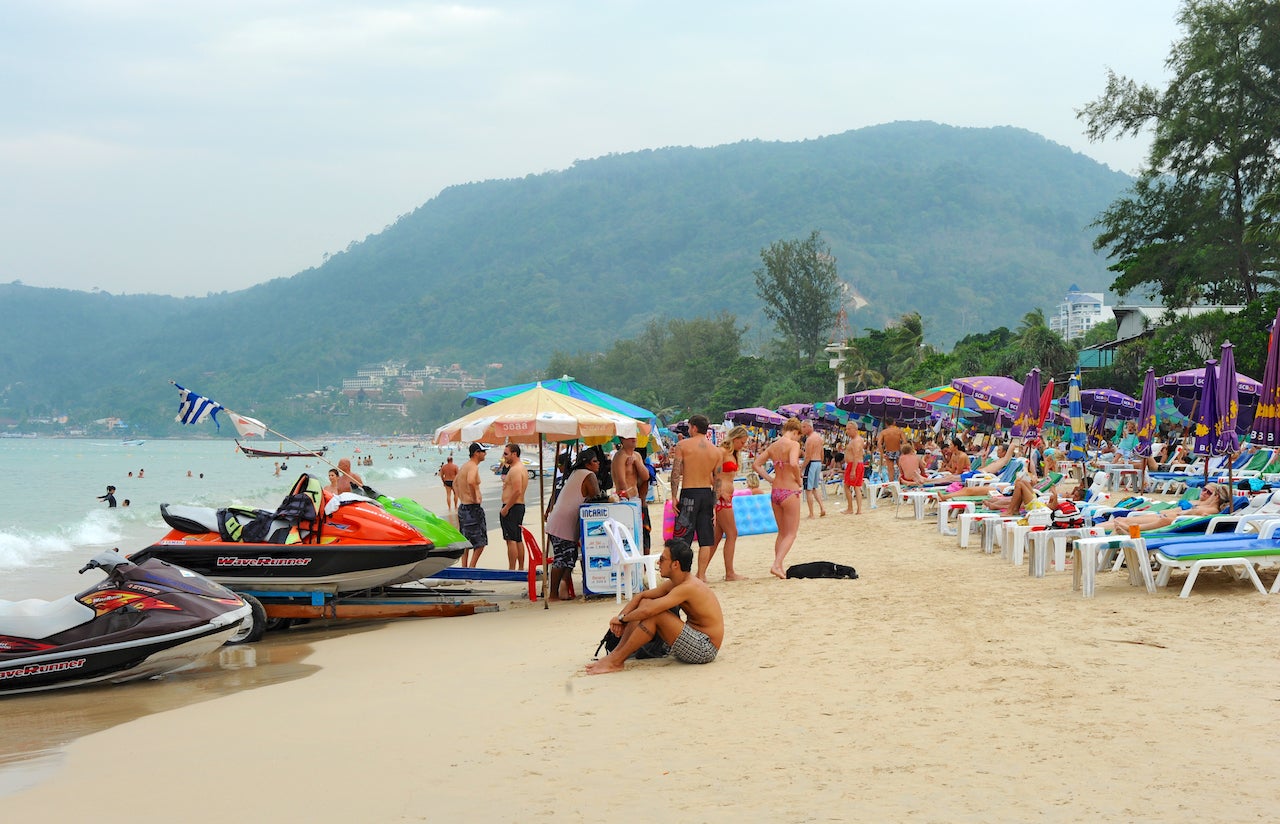 Under the scheme, called the Phuket Sandbox, fully vaccinated visitors can enter Phuket from a list of approved countries, including the United States. Sandbox travelers initially had to stay in Phuket for 14 days to be eligible to visit other parts of Thailand, but that requirement has been halved under a new program announced in mid-August.

I visited Thailand in July through the Phuket Sandbox, and while I had a great time, I did not expect to jump through so many hoops to visit. Is visiting Thailand during the pandemic still as tricky, even after the country relaxed some restrictions? Here’s what to know.

The island announced on Aug. 16 that the so-called Phuket Sandbox 7+7 Extension would allow foreign tourists to stay in Phuket for seven days and then spend another seven days in Krabi, Phang Nga or Surat Thani.

This is the most significant update of the program since it launched in early July. The new rule now makes it a bit easier to travel to the country if you want to visit but don’t want to be restricted to one area. The new guidelines mean travelers wouldn’t be limited to only Phuket and could see other Thai destinations, such as the famous James Bond Island in Phang Nga Bay or Phi Phi Islands in Krabi.

The rules for visiting the island in the 7+7 extension largely remain the same, but the certificate of entry application must also include your extension travel plans. There are also further restrictions in the extension. For instance, travelers headed to Ko Samui (part of the Surat Thani Province) can only book and pay for air travel on Bangkok Airways’ Phuket to Samui route.

Just under 24,000 travelers have visited Thailand through the Sandbox program, a far cry from the 100,000 tourists the island expected by September. The low numbers are likely due to several factors, including distance and the difficulties in completing the Sandbox application.

Several TPG readers have reached out to me about the program since my trip to Thailand in July. Some found the application process daunting, like I did, while others said Thai authorities processed their certificate of entry documents without any hiccups. I envy those travelers, as my certificate of entry wasn’t even approved until a little over a day before I was scheduled to leave. The entire application process took about a week.

Still, the program has drawn some criticism that it has catered to foreigners at the expense of Thais.

Thailand closed domestic travel to Phuket through at least Aug. 31, which meant Thai citizens outside of Phuket could not get home when the ban took place. A Business Insider article quoted one hospitality worker in Phuket saying she was “homesick” in her own country.

And despite the low number of tourists so far, business at hotels is booming. According to the Tourism Authority of Thailand, more than 415,000 room nights have been reserved between July and September. Some Sandbox travelers are even getting a head start on their Thailand travel plans, as thousands of nights have already been booked for dates between October and February of 2022.

But, like much of the world, Thailand is experiencing a surge in positive COVID-19 cases.

According to Reuters, nearly 20,000 new infections are reported a day, a figure that’s almost tripled since July. Cases in Phuket are also rising, but just 68 Sandbox travelers have tested positive for the virus since the beginning of the program. That’s well under 1% of the number of travelers who have visited through the program.

There are signs, too, that the delta variant is affecting travel elsewhere in Thailand.

The popular resort city of Pattaya is considering delaying its Sept. 1 reopening as it’s now reporting over 20,000 positive cases during a seven-day average.

The city had a plan to get 70% of residents vaccinated, but it doesn’t look like that will happen as just 33% have been vaccinated, according to the Bangkok Post. A person from the Tourism Authority of Thailand told the Post that "Pattaya's reopening plan cannot start without those conditions," meaning herd immunity has been achieved.

Chiang Mai also pushed back its reopening plans from September to October.

Even for travelers who don’t encounter any specific issues or delays, applying for the Phuket Sandbox program is not simple or even straightforward — and perhaps that’s the Thai government’s intention.

I encountered unclear directions during my own application process and received back-to-back application denials from the Thai consulate in New York City. It really seemed as though the system was designed for tourists to fail. Despite these hurdles, I had an overall pleasant stay in Phuket when I was finally able to visit the island in July.

With the high positive COVID-19 figures in mind, I understand why Thailand is taking a stricter approach to tourism. Traveling to Thailand means jumping through more hoops than in other countries — a Bangkok Post editorial called the program a “prison vacation.”

But where the government could do a better job is in its explanation of the application process.

Here are the requirements for entering Thailand under the Sandbox program:

These are just the requirements needed to get into Thailand — the Certificate of Entry is an application all on its own, as I quickly found out. I couldn’t even start my application without booking a hotel (which has to be government-approved) and flight. The time difference also became a problem, as the hotel had to send over a unique code to be included in the application. After several rejections, the New York Thai Consulate finally approved my application — but boy, was it close.

Is the Phuket Sandbox worth it?

The Bangkok Post opined that travelers in the Sandbox program wouldn’t experience the “Phuket of old.” Instead, it said, they’ll “be met with draconian rules, restrictions and closed shops.”

Even after my application debacle, I wonder: Is not going back to the old, necessarily, a bad thing?

Traveling during the pandemic means getting accustomed to (ever-changing) rules. I visited Turks and Caicos in June, and that country had pretty strict entry requirements, too. I’m OK with more stringent regulations because they, in theory, are meant to protect local residents and travelers.

It’s not lost on me that just 8% of Thais are fully vaccinated against COVID-19, either.

More rules aren’t the problem, but if Thailand hopes to have a thriving tourism program, it could certainly stand to streamline its application process — particularly now that travelers have even more choices to make when it comes time to plan a trip.

Related stories
The ultimate guide to earning elite status with United cards
American Airlines forgot it had landing slots at JFK. Then it lost some of them
After 19 months, United Airlines is officially suspending flights at New York's JFK airport — again
17 ways to earn lots of Marriott Bonvoy points
Featured image by Patong Beach, Phuket, Thailand. Photo by hung Chung Chih/Shutterstock
Editorial disclaimer: Opinions expressed here are the author’s alone, not those of any bank, credit card issuer, airline or hotel chain, and have not been reviewed, approved or otherwise endorsed by any of these entities.