Articles
Chris Dong was a reporter at The Points Guy, where he covered the intersection of credit card rewards and travel.
May 01, 2021
•
5 min read 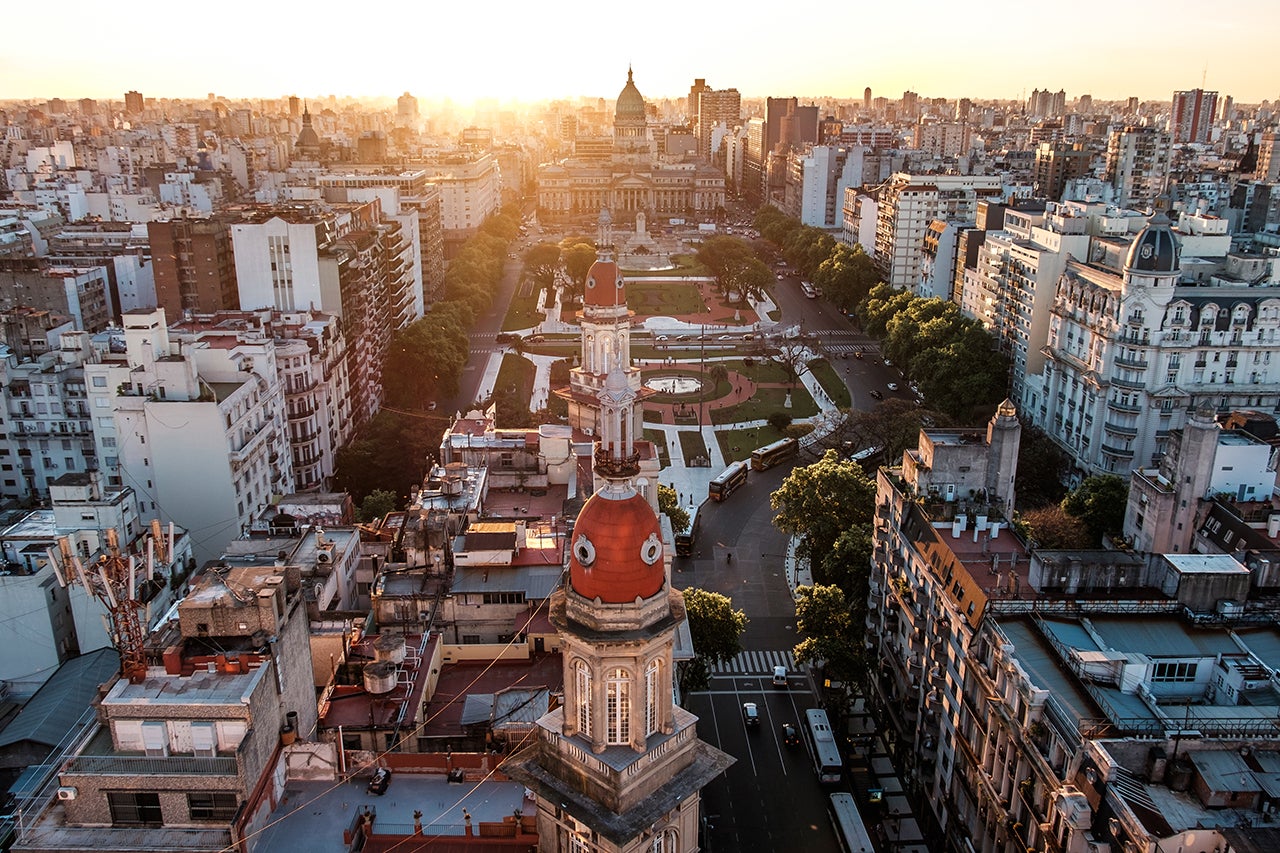 As countries reopen their borders, now is the time to start planning for your next getaway. If South America is on your list — especially cities and regions far south of the equator — you might want to pay attention to this post.

TAP is Portugal's flag carrier, but the airline's best premium-cabin mileage redemption doesn't even touch its home continent of Europe. While a relatively obscure program, TAP Portugal Miles&Go is now starting to get more attention, especially since it's become a transfer partner of Capital One.

Capital One miles can now be transferred to TAP Miles&Go at a new 1:1 transfer ratio. Even better, TAP is sweetening the deal further by offering 5,000 bonus miles on your first transfer from Capital One through May 31.

For just 50,000 TAP miles, you can fly one-way in business class from North America to anywhere in Central or South America with a Star Alliance partner. The farther south you plan to go in South America, the better this deal is. Here's why.

Related: The ultimate guide to earning and redeeming TAP Miles&Go

Airlines often place destinations in "deep" South America, such as Buenos Aires (EZE) in Argentina or Rio de Janeiro (GIG), in a separate award chart that costs more miles. These cities are often served by aircraft with lie-flat business-class seats, and flight times can stretch for over 10 hours from U.S. gateway airports.

However, TAP considers all of Central and South America as one region. That means no matter if you're flying four hours to Cartegena (CTG) in Colombia in a recliner seat or 11 hours to Santiago (SCL) in Chile in a lie-flat seat with all-aisle access, it'll require 50,000 TAP miles each way in business class on a Star Alliance partner.

For all TAP redemptions, be aware of pesky fuel surcharges with certain partner carriers, such as Lufthansa, Austrian, Swiss and Asiana. Thankfully, these surcharges aren't particularly bothersome for airlines between North and South America. As you can see from the example above, fees amount to about $37 one-way on the United flight.

Capital One is TAP’s first major transferable program, so this new partnership really opens the door for a number of Capital One cardholders, including those with the Capital One Venture Rewards Credit Card.

In addition, TAP miles can pretty consistently be acquired for around 1 cent each when there’s a promotion. The ability to either buy your way to a TAP business-class redemption or transfer Capital One miles is a great value proposition. You can even mix and match a blend of the two options if you so desire.

As mentioned, TAP frequently runs offers where you can earn up to 5x miles (with each mile as low as 0.87 cents apiece).

Currently, the promotion isn't quite as good, with up to 3x miles. In this case, each TAP mile comes out to about 1.4 cents apiece. That means by paying $870, you'll have enough miles to fly from North America to anywhere in South America in business (with 10,000 TAP miles to spare).

As always, you should ensure award space is available before making a miles purchase. The TAP website is fairly easy to navigate.

Currently, you can earn 75,000 bonus miles with the sign-up bonus on the Capital One Venture Rewards Credit Card after you spend $4,000 on purchases within the first three months of account opening.

And 75,000 miles is more than enough to fly one-way from North America to anywhere in South America in business class. While TAP generally charges more miles than other Star Alliance carriers for most routings, this sweet spot to South America is a very appealing use of TAP (and Capital One) miles.

The kicker is that because TAP miles are often sold for cheap, it could be well worth buying miles if you don't have access to Capital One miles to transfer.

Related stories
Here are the best Black Friday travel deals of 2022
Great deal: Book business class tickets at premium economy prices with this Avianca LifeMiles sale
Holiday gift guide: TPG’s 22 travel-friendly picks for 2022
Vail Resorts lift-ticket sales capped; buy your Epic Pass by Dec. 4
Featured image by Getty Images/EyeEm
Editorial disclaimer: Opinions expressed here are the author’s alone, not those of any bank, credit card issuer, airline or hotel chain, and have not been reviewed, approved or otherwise endorsed by any of these entities.