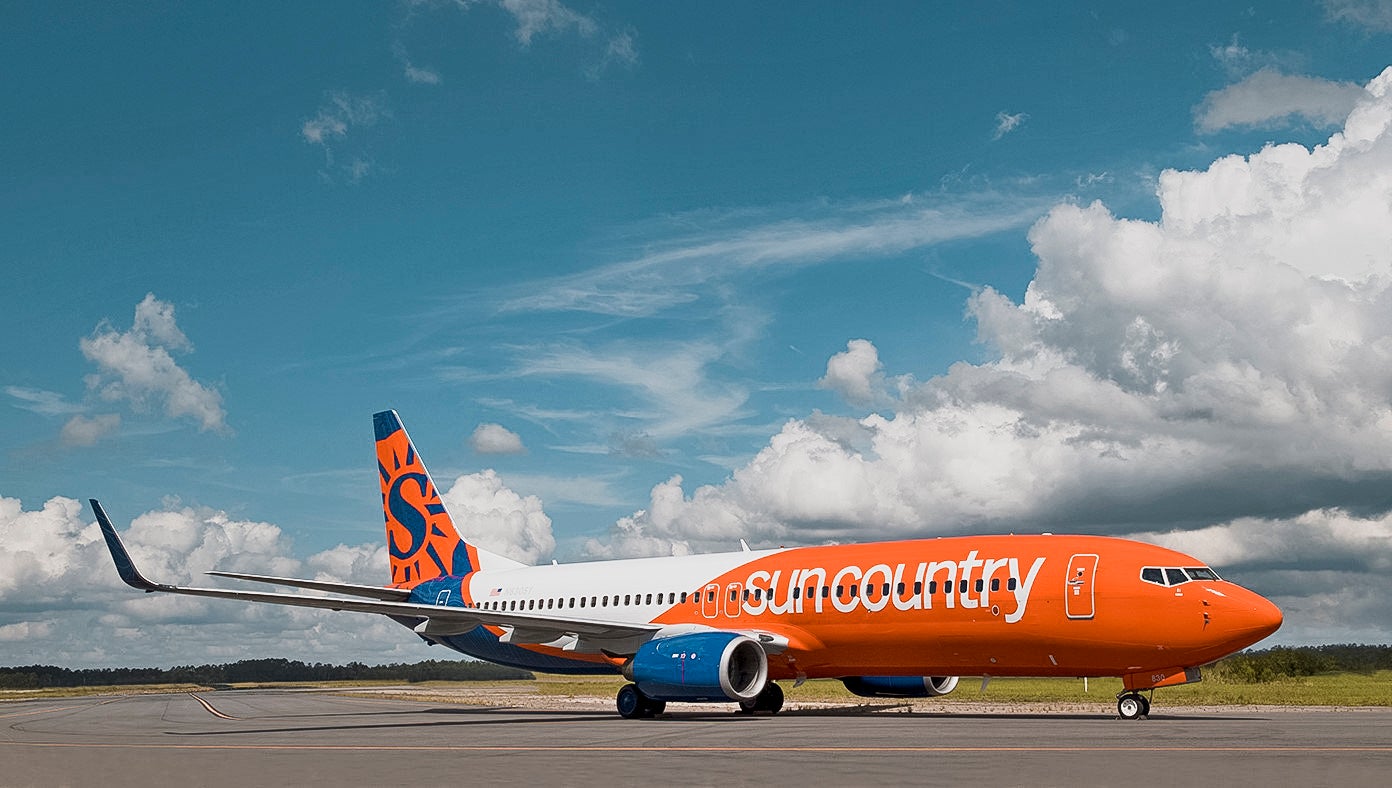 Sun Country's CEO is building a 'civilized' budget carrier
This post contains references to products from one or more of our advertisers. We may receive compensation when you click on links to those products. Terms apply to the offers listed on this page. For an explanation of our Advertising Policy, visit this page.

Sun Country Airlines CEO Jude Bricker has had his work cut out for him.

Since taking the helm of the Minneapolis-based carrier in 2017 after a decade at Allegiant Air, he and his team have transformed leisure-oriented Sun Country into a rapidly growing low-cost carrier.

Costs have been cut, cabins modified, a new livery rolled out and its loyalty program revamped.

Not everything has gone smoothly. The switch this summer to a new reservations system came with a few bumps that ultimately prompted customer-service changes. By and large, however, the changes have been successful, with Sun Country growing profitably.

Sun Country’s scheduled capacity increased nearly 36% from 2017 to 2019, according to Diio by Cirium schedules. The airline reported a $27 million net profit on $616 million in revenue in 2018, U.S. Bureau of Transportation Statistics show.

“The business plan is super simple,” Bricker told TPG on Monday. “There’s about 4.5 million people that live a 90-minute drive from the Minneapolis airport and, for those people, we want to be their [preferred] air carrier to the extent they pay with their own money.”

One aspect of serving more people around the Twin Cities is Sun Country's new partnership with bus operator Landline. Inaugurated on Monday, passengers can book "flights" on Landline between Minneapolis and both Duluth (DLH) and Mankato (MKT) in Minnesota as part of their itinerary. The service has the potential to extend Sun Country's catchment beyond the 90-minute ring Bricker mentioned to as much as 4.5 hours away.

But Sun Country's aspirations are grander. Bricker and his team plan to grow the airline to at least 50 Boeing 737-800 aircraft -- it will operate 33 jets by March -- and establish its brand, if not bases, in at least four markets outside of the Twin Cities, he said.

Dallas/Fort Worth (DFW), Madison (MSN) in Wisconsin, Portland (PDX) in Oregon, and St. Louis (STL) are all markets where Sun Country plans to grow. Or as Bricker puts it, cities where "we’d like to build a brand in and have loyalty."

The airline is already off to a strong start in these four markets. Sun Country's seats in the four cities are up nearly 157% in 2019 compared to 2017, Diio data shows. In St. Louis, the count is up an impressive 2,818%, albeit off a low base.

Sun Country's expansion in these markets will continue next year. On Tuesday, it announced three new routes from Dallas/Fort Worth and five new routes from Madison for the peak summer 2020 season.

Growth is only part of Sun Country's transformation. There was some outcry when the airline scrapped a first-class cabin, a move it made citing long-standing losses, in favor of a three-segment economy cabin.

“We’re going to give passengers a product offering that’s going to be civilized," said Bricker of Sun Country's updated onboard product. "You’re not going to be uncomfortable.”

The airline still has work to do. Technology is a focus, with Bricker aiming to have self-service kiosks for customers at airports soon -- something he said should have been done a long time ago. It also continues to source additional used 737-800s to fuel its rapid growth.

"We have identified market growth opportunities to take us to 50 aircraft," he said. "After that, things may be totally different.”