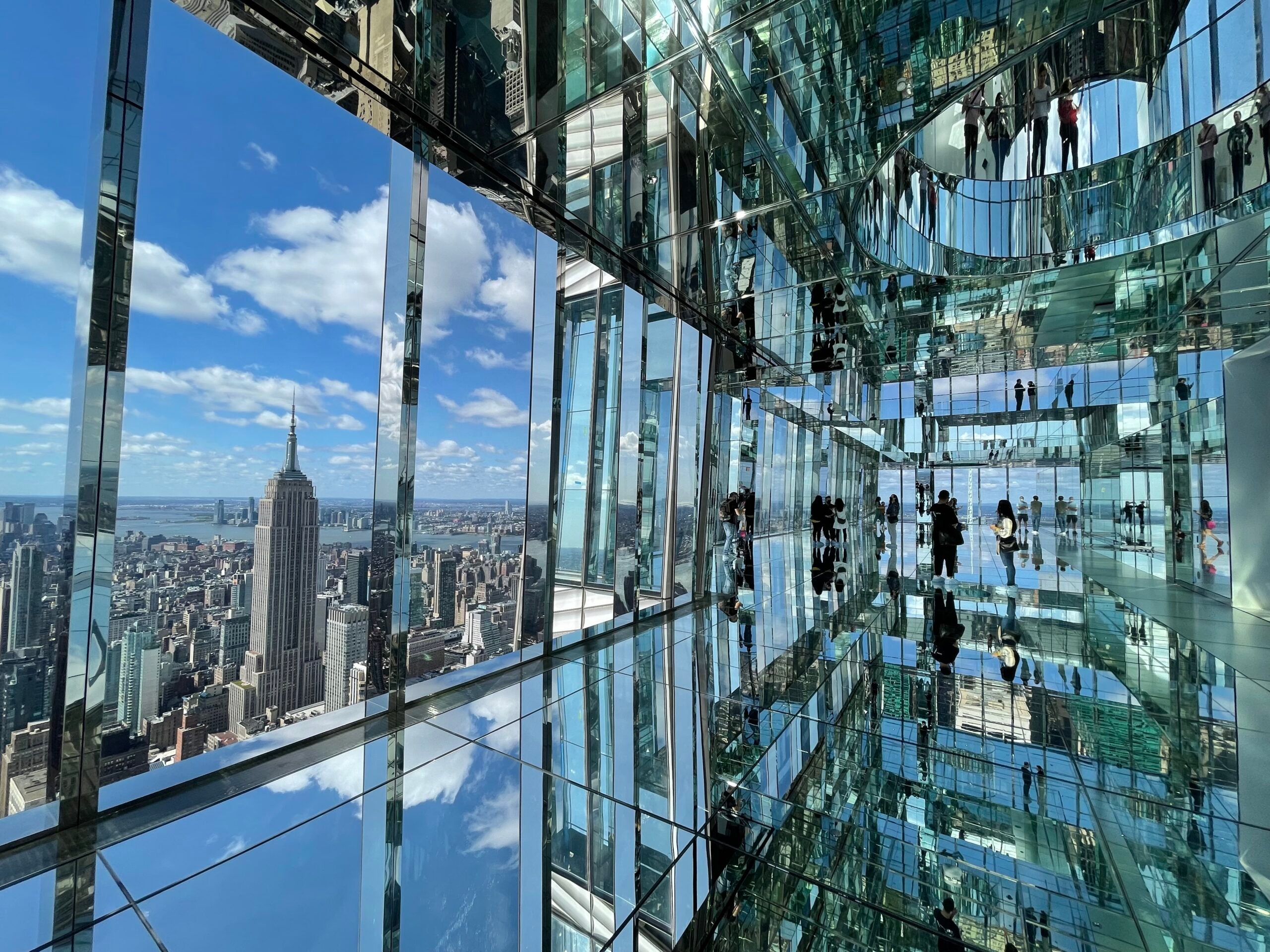 Mirrored halls and a breathtaking view: New York City's thrilling new observation deck opens today
This post contains references to products from one or more of our advertisers. We may receive compensation when you click on links to those products. Terms apply to the offers listed on this page. For an explanation of our Advertising Policy, visit this page.

New York City has no shortage of observation decks, but an entirely new interpretation of the experience just opened on Thursday in Midtown Manhattan. And after visiting for a few early looks throughout the year, it's clear that Summit One Vanderbilt is positioned to be one of the most talked-about attractions in the city.

From the top of a gleaming new skyscraper above Grand Central Terminal, near the geographic center of New York City, visitors to Summit One Vanderbilt will be able to see the iconic skyline in an entirely new way.

To your right, a rare aerial view of Bryant Park. To your left, the scalloped dome of the art deco Chrysler Building. To the south, the World Trade Center rising from the tip of Manhattan. To the north, Central Park and, beyond that, the undulating hills of the Hudson Valley.

Visiting Summit One Vanderbilt can feel like standing at the center of the universe.

Or, if you're in Transcendence (a mirrored, staggering space that reflects, bends and recontextualizes the New York City skyline and forces visitors to reorient themselves over and over again) it can feel a bit as though you've walked into a gleaming, brilliant tesseract — you know, like that final mind-bending scene of “Interstellar."

When you're at Summit One Vanderbilt, you're surrounded by constant reminders of how very high you're standing. This immersive four-story, 65,000-square-foot space is perched near the top of a 1,401-foot-tall skyscraper. Helicopters can zip by at eye level. The city's most recognizable skyscrapers seem downright dwarfed.

But even if you’ve been to all of New York City’s observation decks (I have), you haven’t seen one quite like this.

But, it does promise entirely new kinds of thrills for visitors (and locals) who want to ascend to New York City’s greatest heights.

Here, you can step out into transparent “sky boxes” called Levitation that suspend you over one of the city’s main thoroughfares. It’s the only place in Manhattan where you can look directly down at Madison Avenue, says Jason Hackett, senior vice president, director of sales and marketing at Summit One Vanderbilt.

During a tour in May, Hackett also pointed out the property’s truly AvGeek-worthy appeal: On a clear day or night, you might be able to see the area’s major airports from the outdoor, glass-walled observation deck, which is also home to an outdoor bar (order a signature cocktail to accompany the view).

In September, I returned to Summit One Vanderbilt for an early look at Kenzo Digital’s “immersive art installation” called Air. This sprawling, multistory and multisensory experience “[invites] visitors ... to revel in collective wonder,” Kenzo Digital, CEO and artist at Kenzo Digital Immersive, said in a statement.

In the aforementioned space called Transcendence, you can look down at the floor and wave at a friend standing across from you, for example, or see a bridge or a skyscraper to your left reflected on your right. You can watch the clouds pushing across the sky beneath the Empire State Building, or smile at a friend on the street corner just by looking up.

With its panels of glass, Transcendence evokes the iconic grid of Manhattan and recasts it as a brilliant portrait of light and depth. Just be sure to pack your sunglasses if you’re visiting during the day.

And at night, when sound and color fill Transcendence and gazing up or down into a circular "portal" feels like spiraling into some cosmic whirlpool, the city — its structures and streets, residents and visitors — are still at the forefront of the experience.

Other interactive, immersive spaces include a floor installation of mirrored, stainless steel shapes — like pools of liquid silver or metallic clouds that collect and bend the light outside — by Yayoi Kusama.

There's a room called Affinity filled with silver balloons and more mirrors, plus a space that brings video footage into the mix. And every room features a different view over York City.

From the minute you step through the turnstile to the moment you descend back underground in a mirrored elevator, the entire experience leverages light, sound and visual elements to expand upon and intensify something that is, quite simply, already beautiful: New York City.

One of the reasons I love observation decks, in general, is that your view is never the same, no matter how many times you go. During the most recent preview of Summit, my colleague and I saw the entire space — and the city — transformed as the sun set and washed New York in gold. The lights flickered on in the skyscrapers and streetlamps, and in Air, everything and everyone became even more supernal.

For the thrill-seekers in the city, there's Ascent, an all-glass elevator that whisks visitors along the side of the skyscraper to an even higher 1,210-foot vantage point during a five-minute ride.

Hackett says Summit One Vanderbilt is arriving during an “amazing moment” for New York. After all, Broadway is back, people are returning to the city and the energy, we can all agree, is palpable. It’s “a clarion call for the city,” Hackett said in May.

“We have created a destination … with the best, amplified views in all of New York City,” said Marc Holliday, chairman and CEO of SL Green Realty Corp (the building’s developer) in a statement from May. “Summit One Vanderbilt … is a special, thrilling place that New Yorkers and travelers from across the country and the world will want to visit time and time again.”

Tickets to Summit One Vanderbilt are now on sale starting at $39 for adults — comparable to other observation decks around the city, most of which start between $36 and $42 for adults. Children 5 and under can visit for free, and visitors between the ages of 6 and 12 get discounted tickets. Residents of New York City also receive preferred pricing.

Initially, the attraction will only be open Thursday through Sunday, and visitors are urged to wear comfortable shoes (sorry, no stilettos in these photos) and pants “to avoid unwanted exposure.” You'll also need to show proof of vaccination when you enter.

Best of all for travelers, entrance to Summit One Vanderbilt is accessed via a passage in Grand Central Terminal, meaning you can easily get here from a number of major subway lines and regional trains. It also means you can experience one of the city's newest attractions — and one of its most celebrated landmarks — in one fell swoop.

Featured image by Transcendence at Summit One Vanderbilt (Photo by Melanie Lieberman / The Points Guy.)
Editorial disclaimer: Opinions expressed here are the author’s alone, not those of any bank, credit card issuer, airline or hotel chain, and have not been reviewed, approved or otherwise endorsed by any of these entities.