Articles
Clint Henderson is the managing editor for news at TPG. He worked in TV news for 20 years, including stints at ABC, MSNBC and Fox, before landing his dream job. Send tips to Clint.Henderson@thepointsguy.com.
Follow
May 20, 2018
•
6 min read 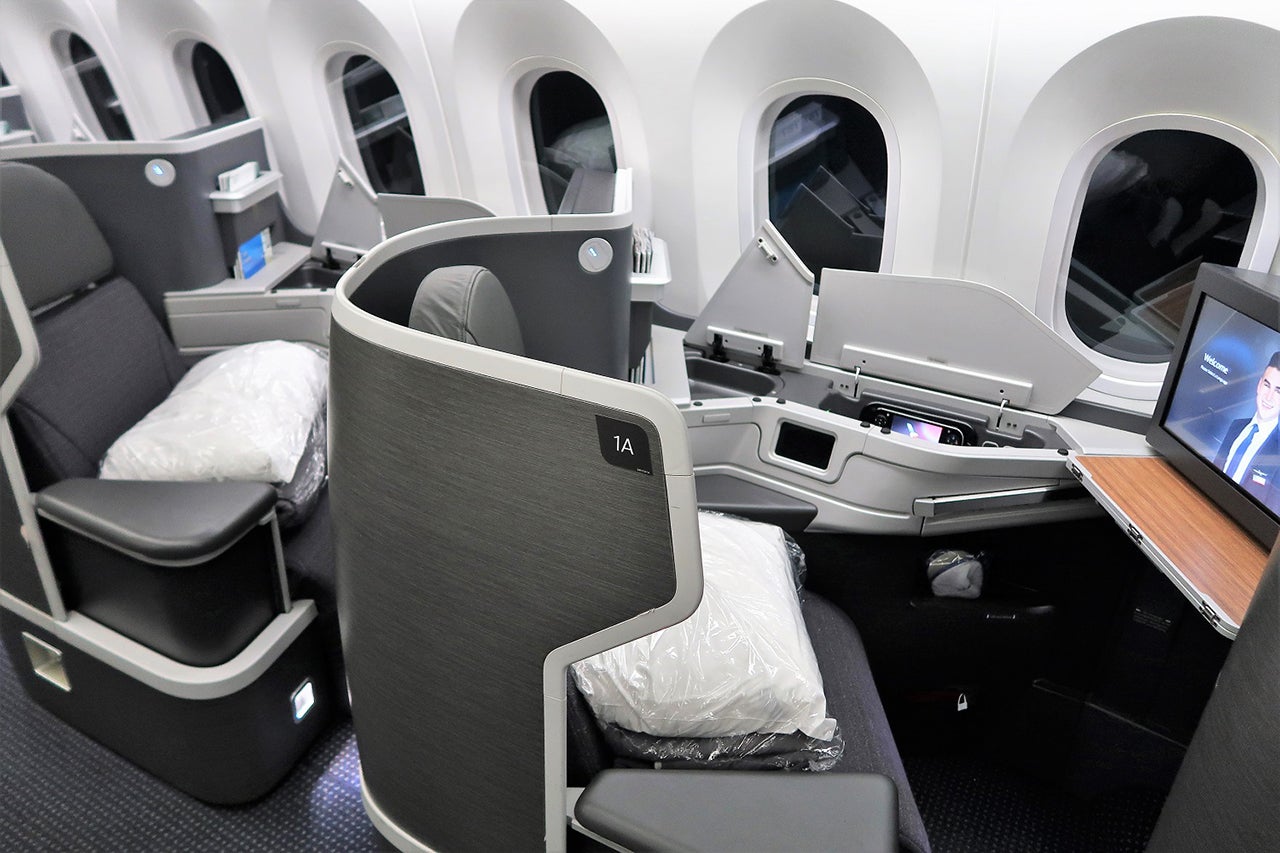 I jumped when I saw fares below $1,000 — even though at the time New Zealand wasn't high on my to-do list. I managed to grab a round-trip fare for $895 from Los Angeles (LAX) to Auckland (AKL) on American Airlines. I paid with my Platinum Card® from American Express to get 5x points on the fare, so I earned 4,480 Membership Rewards points on the ticket.

Since I live in New York City, I'd need to position myself for the flight from LA, but for a deal like that I didn't mind. Now, the prospect of a 12-hour flight in coach wasn't appealing, but I figured my chances to use a systemwide upgrade earned via my American Airlines Executive Platinum status were pretty good. (I was wrong.)

In fact, systemwide certificates are generally very hard to use on flights like the LAX to AKL route (and on routes between California and Australia, too). Apparently, a lot of leisure and business travelers are willing to pay the big bucks to sit up front on some of the longest routes in the world.

When I made the booking, I hadn't yet re-qualified for AA Executive Platinum status, and I was out of upgrade certificates. But I went ahead and called reservations and asked them to put me on the upgrade list using miles with a cash co-pay (25,000 miles and a $350). That got me on the list for now, and the agent assured me I could switch it to use the certificate instead once I got four new upgrade instruments when I re-qualified for status for 2018. I was able to change it from cash/miles to a systemwide upgrade certificate without losing my place on the list.

American uses the Boeing 787-9 Dreamliner on the flight, and the business-class seats are among the best in American's fleet. There's also a new premium economy cabin which Executive Platinum elites are eligible for a free upgrade into on the day of departure. However, for passengers who list for a systemwide or mileage upgrade, American Airlines will hold the premium economy upgrade until the gate in case the business-class upgrade clears.

As the trip approached, I quickly realized how hard it was going to be to score an upgrade. A friend said my flights were known as "impossible to clear."

In January, ExpertFlyer showed at least seven business-class seats available for sale, so I thought my chances were good on the flight to AKL. The return showed business class completely sold out! I ended up changing my flight to spend more time in Oceania, and when I talked to an agent, she said there were two seats for sale on my new date for the return. Better chances, but still pretty slim.

24 hours before the flight, no notification of an upgrade from AA. It wasn't looking good. ExpertFlyer showed one empty seat, but I was under the impression that was the seat for pilot rest. In the hours leading up to my flight, I checked my reservations over and over and no news.

Finally, four hours before the flight, the upgrade list came out. I was #1 out of 48! So I had hope, but I knew if I didn't clear, I'd be bitterly disappointed to be so close yet so far away. I ended up bringing chocolates to the gate agents and trying to sweet talk them. After a few minutes, they called me to the desk and told me to "give them five minutes." I knew that was good news, but I was trying not to get my hopes up. Eventually they called me up to the stand and gave me a new ticket for seat 8A. Woo-hoo!

My return from Auckland was much less dramatic, but still thrilling. By check-in time, I hadn't cleared. After checking in the day before, I was trying to change my seat assignment and it kept rejecting my changes and then I lost my Main Cabin Extra seat! I tweeted to the great American Airlines Twitter team, and their response made my day, "We have great news, Clint! Your upgrade has cleared. Give us a few moments, please stay out of the reservation and we'll be right back with you." I ended up in seat 1A for the return.

I had excellent service on both legs, but especially on the trip to AKL from LAX. Lissa, Bethanny and Bob were among the friendliest crew members I've ever flown with. The seats are wonderful, and I slept well on the 12+ hour flight. I also really recommend the Boeing Dreamliner. Whatever they've done to increase the humidity really helps with jet lag in my experience.

Pretty thrilling results for me, as you can imagine, although I don't know how many "upgrade lottery" games I can play without going bonkers. All in all, I ended up paying $895 to fly business class from Los Angeles to Auckland and back. Not too shabby, and all thanks to what I've learned and applied from the world of points and miles.