Articles
Ethan Steinberg has been a frequent flier for as long as he can remember. He went from studying abroad in Paris to moving to Shanghai after graduating college, where he covered all things travel in the Asia-Pacific region for TPG.
July 04, 2020
•
4 min read 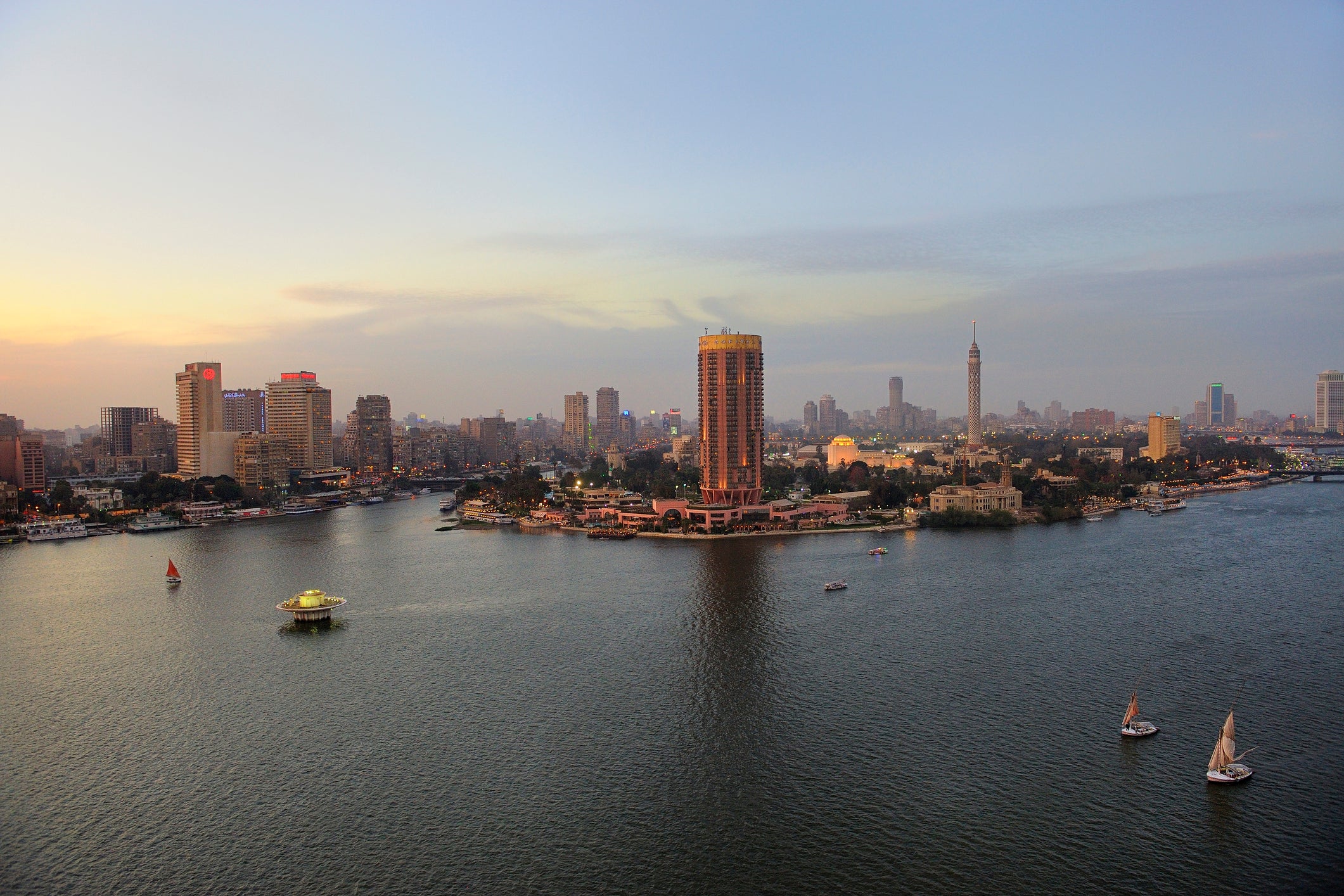 St. Regis Cairo finally opens after lengthy delays
This post contains references to products from one or more of our advertisers. We may receive compensation when you click on links to those products. Terms apply to the offers listed on this page. For an explanation of our Advertising Policy, visit this page.

St. Regis is one of the most storied and luxurious hotel brands on the market, and in many ways the crown jewel of Marriott's sprawling portfolio. After years of lengthy delays the St. Regis Cairo has finally opened to guests, as reported by One Mile At a Time, becoming the first St. Regis in Egypt and all of continental Africa (excluding the tropical St. Regis Mauritius).

The 36-story property features 366 guest rooms, suites and apartments, as well as seven bars and restaurants on-site. Cash rates start at a reasonable $220 per night, and the hotel will be priced as a Marriott Category 5 property for the purpose of redeeming points. This means that a standard free night will cost 35,000 points, though that number will range from 30,000 to 40,000 points for off-peak and peak pricing respectively.

Most importantly, this means that you'll be able to redeem free night certificates from cards like the Marriott Bonvoy Business® American Express® Card and the Marriott Bonvoy Boundless Credit Card (nights worth up to 35,000 points for both cards) as long as the hotel is at standard or off-peak pricing. As you would expect from a brand-new hotel opening in the midst of a pandemic, award space is wide-open with most nights having standard pricing.

While now is obviously not the best time to open a new hotel, it's good to see that the St. Regis was able to clear some of the hurdles holding it back. As far back as 2016, the property was slated to "open imminently" though that never materialized. Part of the reason for this is that the hotel is owned by Qatari Diar, a Qatari real estate investment company. Political tensions have been high between Qatar and surrounding countries in the Middle East, resulting in a 2017 blockade of Qatar by several Middle Eastern and North African countries, including Egypt.

While the St. Regis Cairo is located on the Nile Corniche, near a number of other luxury properties including the Conrad Cairo, it won't be the only St. Regis in the Egyptian capital for long. Earlier this year Marriott took over management of the 434 room Almasa Royal Palace hotel, located in the New Administrative Capital of Egypt, just outside of Cairo. Marriott is working to rebrand this hotel, which will reopen as the St. Regis Almasa.

While the St. Regis Cairo has been in the works for some years now, the hotel owners seem to have overcome whatever political issues were standing in their way and the property is now open to guests. It'll be joined in the near future by the St. Regis Almasa just outside of Cairo, once Marriott finishes rebranding that property to its satisfaction.