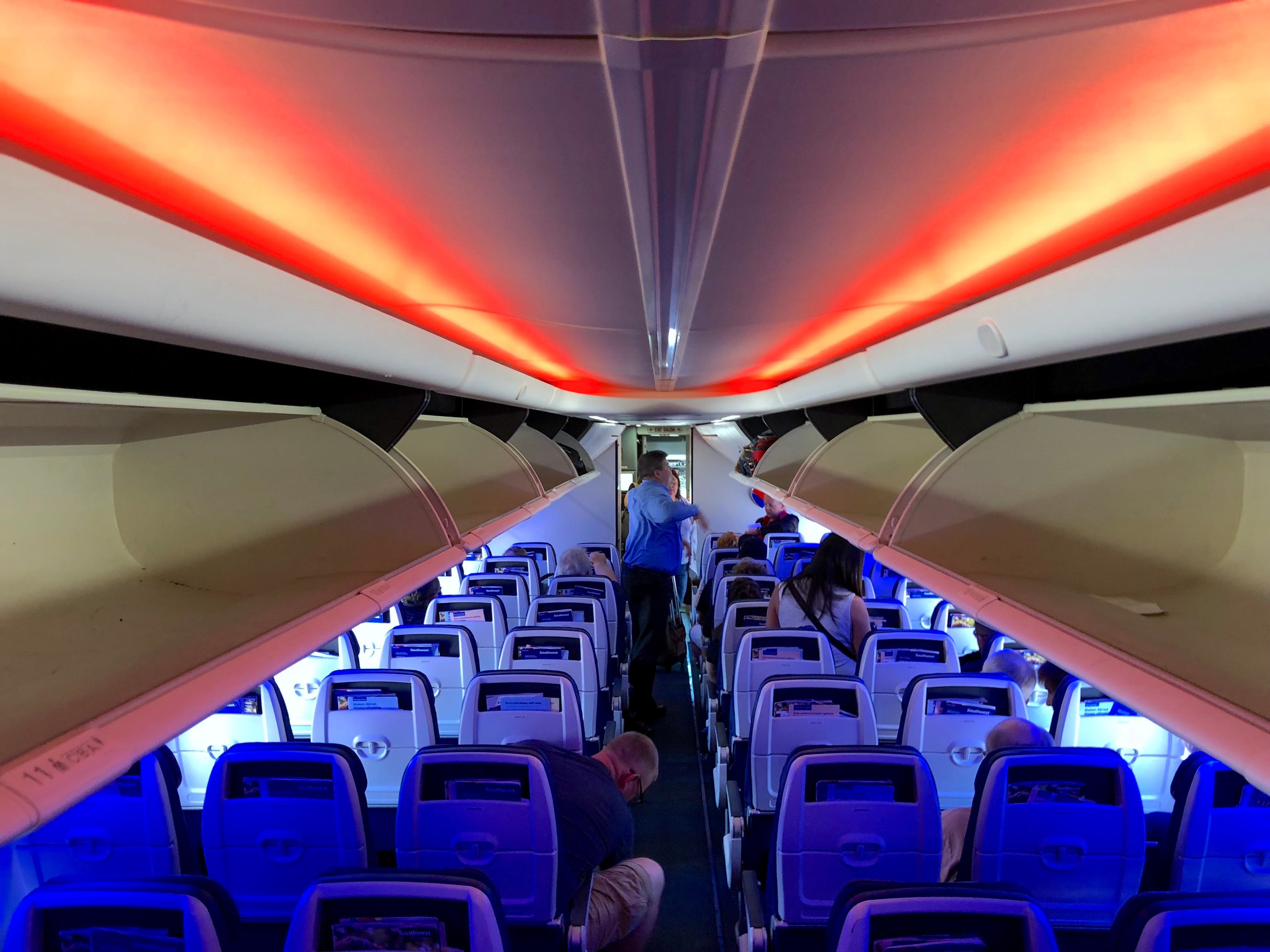 Southwest Changes Boeing 737 MAX Sensor That Played Role in Lion Air Crash
This post contains references to products from one or more of our advertisers. We may receive compensation when you click on links to those products. Terms apply to the offers listed on this page. For an explanation of our Advertising Policy, visit this page.

In the wake of the Lion Air flight 610 crash, the largest operator of the aircraft type — a Boeing 737 MAX — that plunged into the sea is reportedly making adjustments to an instrument investigators believe reported faulty information and played a role in downing the flight.

Southwest Airlines will be activating large display screens in the flight deck to show the cockpit crew information from a sensor that measures the angle of the plane's nose. That instrument, called an angle of attack (AOA) sensor, is thought to have reported erroneous information that activated an automatic system on the aircraft, pushing the plane's nose repeatedly downward 26 times and ultimately causing the pilots to lose control.

The new indicator screens will enhance the ability to identify faulty data and will roll out on the airline's upcoming 737 MAX orders starting in late December, Southwest said. Changes to the MAX aircraft in service will follow.

"Currently, there is an Angle of Attack (AOA) disagree light on the MAX and NG aircraft that provides an alert for identifying erroneous AOA data," a spokesperson for the airline told TPG in an email. "Additionally, we are working with Boeing to enable the optional Primary Flight Display (PFD) AOA indicators on new MAX deliveries starting in late December; followed by modifications to our current MAX fleet."

The new indicators will give pilots of Southwest's MAX fleet more visual clues if the sensors are somehow providing faulty information.

"We are installing the new AOA indicators to provide a valuable, supplemental cross-check in the event there is an erroneous AOA signal present," Southwest's statement continued. "The AOA indicators will offer continuous visual feedback to Flight Crews."

US regulators reportedly also say that Boeing is looking at a possible software fix to the automated system, which was installed to stop the aircraft nose from being angled too high, causing a stall. According to the Reuters report, the software change would stop the anti-stall system from constantly running during a flight and it would disengage if the pilots adjusted to correct the system, presumably by pulling the plane's nose back up.

"As part of our standard practice following any accident or incident, we examine our aircraft design and operation, and when appropriate, issue bulletins and make recommendations to operators to further enhance safety," Boeing spokesperson Paul Bergman told TPG in an email. "Boeing continues to evaluate the need for software or other changes as we learn more from the ongoing investigation."

Boeing has received backlash following the crash, which killed all 189 people on board, because airlines and pilots that operate the 737 MAX said they were not made aware of the automatic system. The aircraft manufacturer denies that it withheld the relevant safety information.