Articles
Ben Mutzabaugh is the senior aviation editor and heads TPG’s airline coverage. Ben joined TPG in March 2019 after nearly 19 years at USA Today, where he launched the long-running, industry-leading Today in the Sky blog in 2002.
Follow
Sept. 26, 2019
•
3 min read 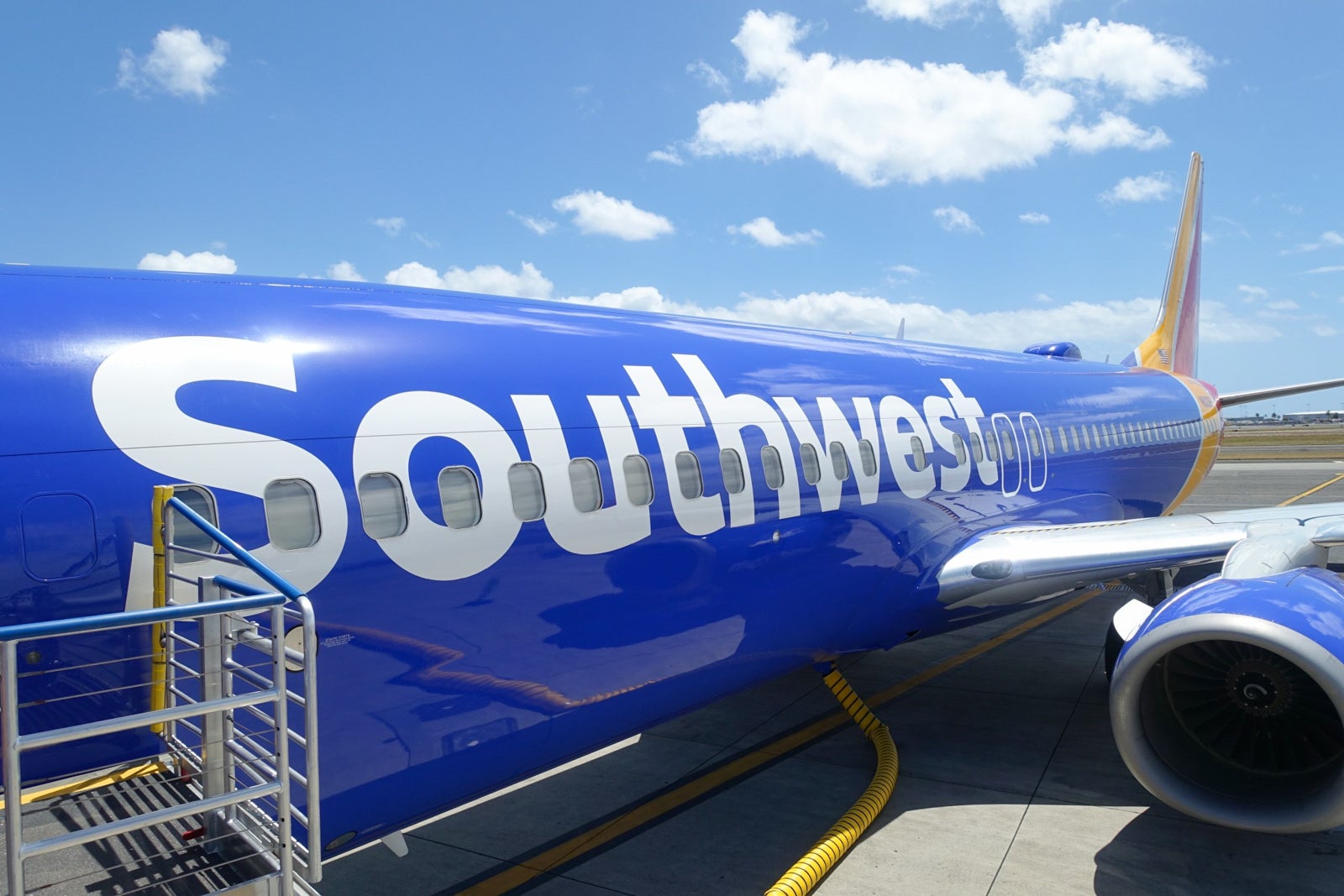 Southwest Airlines announces 4 new routes, accelerates Hawaii plans
This post contains references to products from one or more of our advertisers. We may receive compensation when you click on links to those products. Terms apply to the offers listed on this page. For an explanation of our Advertising Policy, visit this page.

Southwest Airlines took longer than expected to ramp up its new service to Hawaii, but now the low-cost giant is making up for lost time.

Southwest said on Thursday that it's adding one new Hawaii route and will move up the start date for two others because of customer demand. The latter had been scheduled to launch in January, but the airline says they’ll instead begin in November. The new route will come March 7, when Southwest adds nonstop flights between Sacramento, California, and Kahului on the island of Maui.

Four other Hawaii routes also get a boost, moving to daily service. Routes connecting each of the California airports of Oakland and San Jose to Lihue on Kauai and Kona on the "Big Island" of Hawaii currently have schedules of three or four weekly flights.

"Demand is strong for our Hawaii service and we're not just increasing those routes to daily service for our customers, we're also moving up our timeline on two routes set to begin in January, and instead will fly them this year," Adam Decaire, Vice President of Network Planning for Southwest, said in a statement.

The routes getting an earlier start are Southwest’s Sacramento-Honolulu route as well as an inter-island route between Honolulu and Lihue on the island of Kauai.

The new Denver service comes amid an ongoing expansion by Southwest there. In March, the carrier’s Denver schedule will grow to a peak of 235 daily departures to 65 cities – “a record high for the Southwest operation at Denver International Airport,” according to the airline.

Also being added to Southwest’s schedule is a seasonal, Saturday-only nonstop between Baltimore/Washington and Providenciales in the Turks and Caicos that — pending regulatory approval — will begin March 7.

That’s the same date that Southwest’s Houston Hobby-Cozumel route begins. The service was previously announced, but Southwest had not revealed a start date. Introductory fares on that route start at $99 one way.

The new routes came as Southwest updated its schedule, extending its booking window through April 13. Prior to today, Southwest’s flights had been bookable only through early March. The extension now puts the popular spring break window into play for bargain hunters seeking Southwest flights.

Southwest said it did not cut any non-seasonal routes in its latest schedule update. All of the latest additions are below.