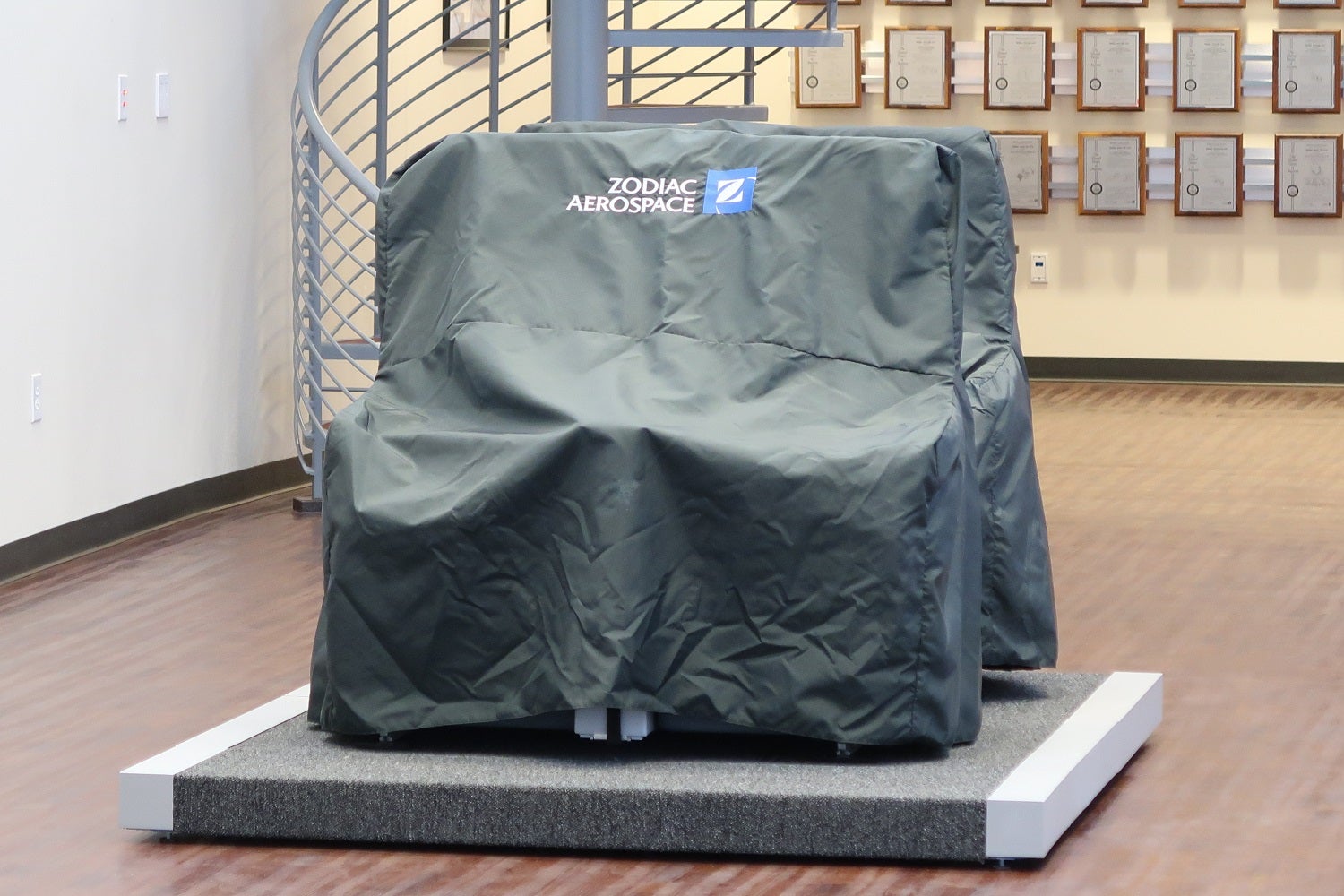 First Look: Singapore Airlines' New Premium Economy Seat on World's Longest Flight
This post contains references to products from one or more of our advertisers. We may receive compensation when you click on links to those products. Terms apply to the offers listed on this page. For an explanation of our Advertising Policy, visit this page.

On October 11, Singapore Airlines will re-launch the longest flight in the world: Singapore (SIN) to Newark (EWR). The 19-hour flight bests the next-longest flight by more than an hour in duration and 502 miles in distance.

But, unlike the Qatar Airways flight from Doha (DOH) to Auckland (AKL) and Qantas' nonstop from Perth (PER) to London (LHR), this flight won't offer economy class. Instead, Singapore Airlines is operating with a premium-only 161 seat arrangement (67 business class, 94 premium economy) on its Airbus A350-900ULR [Ultra-Long Range].

For a flight this long, no ordinary premium economy seat would do — both for comfort and weight reasons. So, Singapore Airlines went to the design board with seat manufacturer Zodiac Aerospace to figure out how to make its premium economy seat more comfortable while also making it lighter weight. And today, this newly redesigned product was unveiled for the first time at Zodiac Aerospace's manufacturing plant in Gainesville, Texas.

This seat is heavily based on the existing Singapore Airlines premium economy seat. So, those familiar with the existing product are going to generally feel at home in this new seat. There are a few notable modifications: a higher seatback pocket, a redesigned armrest cupholder, a solid aisle-side armrest and reduced seatbelt bulkiness due to a lack of airbag.

The seats are arranged 2-4-2 in most rows of the premium economy cabin. Seats are arranged with 38 inches of pitch. That's enough legroom for almost anyone. But, when the seat in front of you is reclined, middle seat and window seat passengers are going to have trouble climbing into the aisle without disturbing their neighbors. Also, compared to a 9-seat wide arrangement in the Airbus A350 economy cabin, this 8-wide arrangement doesn't give much seat width.

However, there are six extra-special seats in premium economy. In the back three rows of the premium economy cabin, the narrowing aircraft body requires a 1-4-1 seating arrangement. This creates six highly-desirable window seats with aisle access and a personal storage bin. A finished model of this single-seat product wasn't quite ready for shipment at the time of our visit. However, Zodiac generously allowed us on the assembly line floor to check out a seat that was in the final stages of production.

On the top of the seatback, Singapore Airlines has a 13.3-inch in-flight entertainment screen (with a protective screen for shipment to Airbus' facility in Toulouse, France), a USB plug and coat hook. Below the screen is a large literature seatback pocket — located noticeably higher on than on the current Singapore Airlines A350 premium economy product. Below the seatback pocket is an adjustable footrest.

In addition to the footrest, these Singapore Airlines Premium Economy seats have a legrest to help support your legs. While I didn't notice it at the time, I'm noticing after-the-fact how awkwardly placed the legrest looks compared to the lip of the seat bottom.

While it didn't feel awkward in my time testing out the seat, it's clear that there's a gap between my legs and the legrest due to the shaping.

When you press the recline button on these seats, it's not just the seatback that reclines. Instead, the seat bottom rocks upward slightly which provides a cradling sensation.

One place that the weight-cutting is obvious is the tray table. The single-piece plastic table bypasses the extra weight of a bi-fold table. And, the table itself feels thin and a bit cheap. While the table felt steady in the manufacturing plant, it'll be interesting to see if it remains as steady over time.

In the media briefing, Singapore Airlines and Zodiac were happy to point out how much better this seat was than the premium economy seat that flew on the last iteration of this NYC-Singapore route. Among the improvements, this new product has 1,400 entertainment options on a 13.3-inch screen.

Overall, this is a competitive premium economy hard product and one that's built to help passengers enjoy the 19-hour flight between Newark and Singapore. It's clear that Singapore Airlines and Zodiac were intentional in their efforts to increase comfort while reducing weight for the ultra long-haul. Since every ounce counts for a flight that long, I can forgive the flimsy tray table.

A huge thank you to Singapore Airlines — especially James Boyd — and Zodiac Aerospace for providing this behind-the-scenes tour. Per TPG policy, I didn't accept free flights or hotel stays for this visit. Singapore Airlines did provide transportation between DFW and Zodiac's plant.