You can now 'Book the Cook' on the world's longest flight

Articles
Ben Mutzabaugh is the senior aviation editor and heads TPG’s airline coverage. Ben joined TPG in March 2019 after nearly 19 years at USA Today, where he launched the long-running, industry-leading Today in the Sky blog in 2002.
Follow
Dec. 05, 2019
•
4 min read 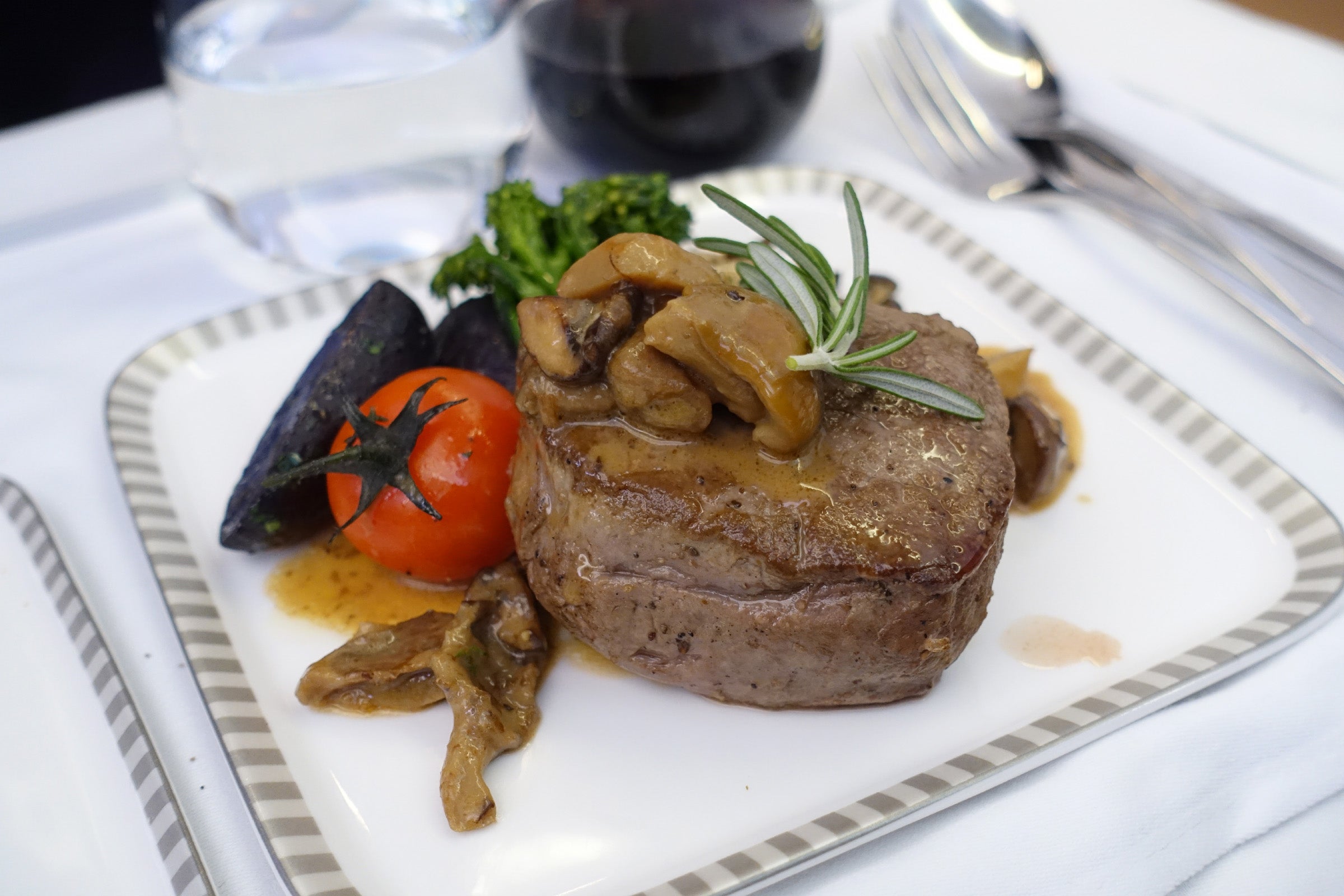 You can now 'Book the Cook' on the world's longest flight
This post contains references to products from one or more of our advertisers. We may receive compensation when you click on links to those products. Terms apply to the offers listed on this page. For an explanation of our Advertising Policy, visit this page.

You can now “Book the Cook” on the world’s longest airline flight.

Singapore Airlines’ signature in-flight dining program is now available on its nonstop service between Newark and Singapore, allowing business-class and premium economy customers to book menu items up to 24 hours before the flight.

Book the Cook menu choices for Newark departures include seafood linguini and roast rack of lamb in business class and pan-seared chicken breast in premium economy.

Betty Wong, Singapore’s Divisional VP of Inflight Services and Design, said it’s all part of a broader effort to deliver a “personalization experience” to the carrier’s customers.

Routinely ranked as one of the world’s most-luxurious airlines, Singapore Airlines is known for its swanky first- and business-class seats and for offering upscale service even in economy.

The carrier’s meal service also is highly regarded, and that’s where Book the Cook comes in.

The service allows passengers to preorder menu items ahead of flights on a number of routes. Customers can choose meals from the time they book a flight up to 24 hours prior to departure.

Numerous airlines allow premium customers to pre-select meals. Singapore also offers flyers that option, but the airline's Book the Cook service is a step beyond. It stands out as more than a way to make a special dietary request or to make sure an airline doesn’t run out of a certain pre-set menu option.

Instead, it allows customers a dramatically wider selection of choices than picking from a set inflight menu. Book the Cook choices vary by market, but there are dozens of options. Entrée choices run the gamut, and include regional choices that feature Singaporean, Indian, Japanese, Chinese and Western dishes, among others. Among the many dishes are lobster thermidor, confit of duck leg, Thai-style steamed cod fish, Malay-style beef rendang and Singapore chicken rice, though availability varies depending on the traveler's departure city.

From Singapore’s main hub at Singapore Changi Airport, there are nearly 70 choices for customers selecting their meals with Book the Cook. From Newark, Singapore’s website currently shows nine choices for business-class customers and five for those in premium economy.

“You have a couple of hundred passengers on the plane. Everybody has the take what they like,” Wong said. “At the end of the day, in that plane, there will be something that you really desire and you really will like to eat. It all comes together by having you being able to preorder or to do Book the Cook."

The rollout of Book the Cook to Singapore’s Newark-Singapore nonstop — the world’s longest regularly schedule airline flight — extends one of the airline’s signature offerings to one of its highest-profile routes. Singapore had already offers the option from numerous markets, including its other U.S. destinations of Houston Bush Intercontinental, Los Angeles, New York JFK and San Francisco. The option is not yet available on Singapore’s recently launched departures from Seattle.

The high-end Book the Cook service is not only a way to cater to discerning travelers, but also a chance for Singapore to give customers more sway in choosing their flight options.

“It's as important as booking the seat, whether you want a window or aisle,” Wong said. One thing that’s not going away is the carrier’s popular lobster thermidor menu choice. Some media reports had suggested Singapore Airlines was considering removing the dish, but Wong says that’s not the case.

While the carrier has been in the process of adding healthier options, the elimination of that menu item is not in the cards.

“There was no intention at all to take the lobster thermidor off the menu because that's really one of our most popular dishes.”