How Russia sanctions might help your European summer holiday

Articles
Bill Fink is a senior writer for The Points Guy covering travel news, trends, and cool adventures. His award-winning stories have been featured in AARP, BBC Travel, Frommer's, Lonely Planet, National Geographic, Outside, Yahoo Travel and many others.
Follow
May 21, 2022
•
7 min read 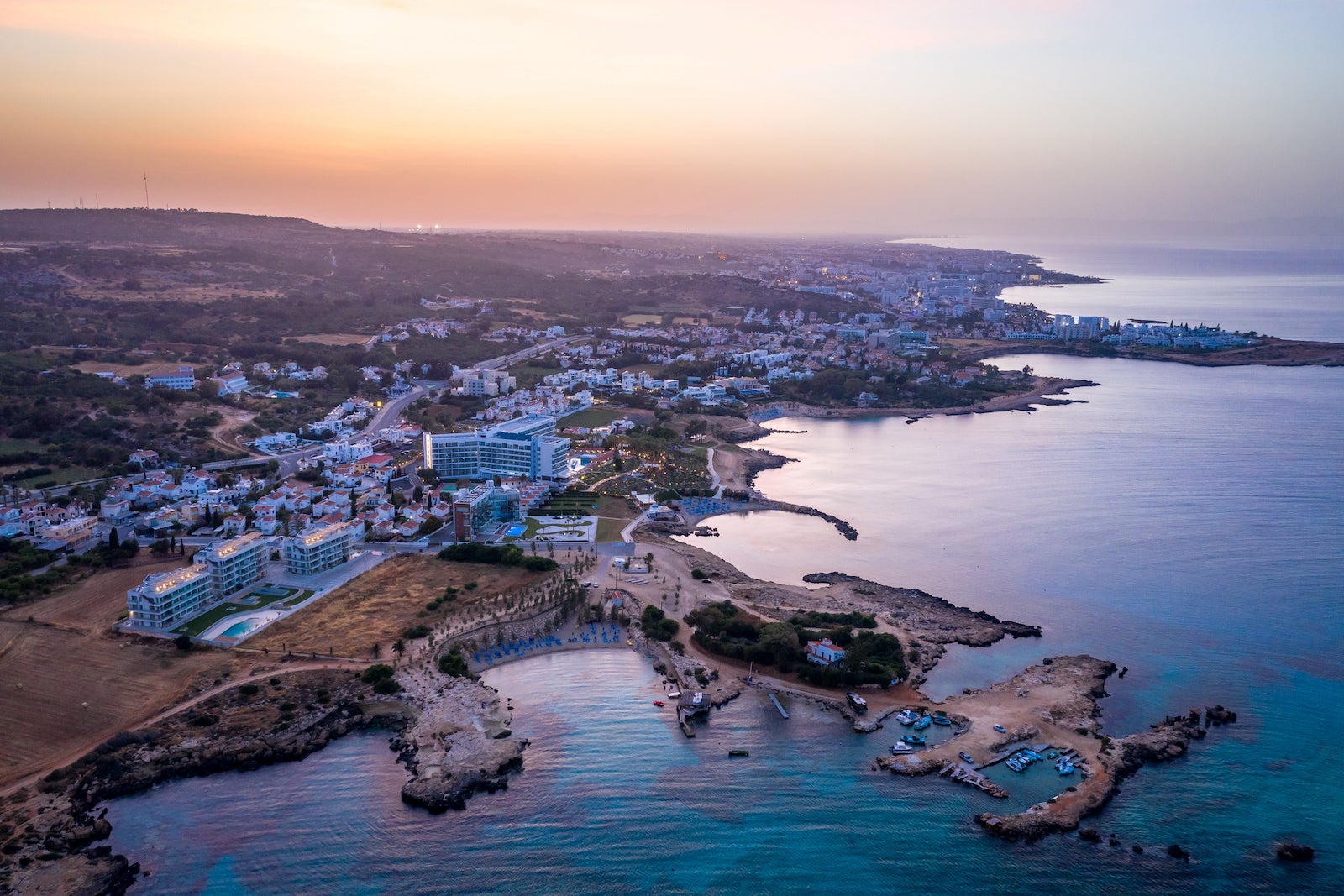 Following Russia's invasion of Ukraine, and the subsequent global sanctions banning flights to and from Russia, some European countries are getting hit hard by a lack of Russian tourism. In certain cities, governments are using the tourism gap to house Ukrainian refugees in vacant or underused hotels. Additionally, the travel industry is providing other areas of support including Airbnb's offer to fund housing for 100,000 refugees.

One unintended byproduct of the Russia sanctions is that tourism destinations previously popular with Russians are seeing a dramatic drop in visitors, hurting local businesses. "We are already at zero," said one coastal Italian property management company. The usually booked-up Cyprus beach city of Paphos has reported 30% occupancy levels.

Here's a summer vacation idea: Support local businesses and reduce Europe's reliance on Russian tourism by visiting these affected areas. You might even get some great deals along the way!

Before you go, though, consider donating to the Miles4Migrants program to support Ukrainians fleeing the conflict. TPG will match your contribution.

Nearly 2 million airline seats previously booked to European Union countries from Russia through August of 2022 are going to be canceled due to the sanctions, according to a recent report from the Statista market research company. With this slowdown in the summer travel market, you may see increasing vacancies and perhaps even a drop in prices across the continent, particularly in those areas favored by Russian tourists.

Statista reported the EU countries losing the most airline traffic from Russia this summer will be Germany (about 550,000 seats), Greece (300,000), Cyprus (230,000) and Italy (230,000). These numbers don't break down business versus leisure travel, hence Germany leading the list.

Italy tourism experts say that while Russian visitors only make up a small percentage of their market in terms of people, their overall economic impact is second only to German visitors. Likewise, Russian visitors to Greece are "not in the top 10" of arrivals, but the expected tourism revenue losses are still estimated to be in the range of $750 million this year, with the island of Crete expected to see the largest downturn.

Beyond EU destinations, Turkey and Egypt face the biggest impact from a lack of Russian tourism. Turkish officials say their tourism revival plan is "in shambles" with the dramatic reduction of Russian (and Ukrainian) visitors. Egypt's Sharm el-Sheikh resort area, "where shops with Russian signs lie virtually empty" has even taken the previously unthought-of step of restoring direct air service to Israel for the first time in 40 years to try to make up for the missing Russians.

Cyprus is among the hardest hit

Nowhere will the Russian tourism gap be more notable than in Cyprus. That's where Russian and Ukrainian visitors had comprised 20%-25% of the tourism market in recent years, with 782,000 Russian tourists visiting in 2019, according to the minister of finance. He said the country used to have 100 flights a week from Russia, dropping now to zero.

In February, the Russian ambassador to Cyprus said in a local news interview that "Summer is coming up and you've closed your airspace? You shot yourselves in the foot. Where will Cyprus get its Russian tourists from?"

In March, the Cyprus seaside vacation hub of Paphos saw its Hotels Association report occupancy at just 30%, even with many hotels closing, as tourists from Russia and Ukraine are "virtually non-existent." Akis Vavlitis, the head of the Association of Cyprus Tourist Enterprises, said “this crisis will be another significant blow to Cypriot tourist businesses, who largely depend on the Russian market.”

Sophia Charalambous, market development officer at the Cyprus Ministry of Tourism, told TPG that the ministry is working "with its partners to increase demand and promote sales to Cyprus." It hopes "that the losses from Russia will be covered to a great extent by the influx from other European markets."

Discount carrier Jet2 is currently advertising one-way flights from London to Paphos for 69 pounds (about $85), which may encourage some last-minute summer planners. The tourism ministry is further "developing an action plan" to attract tourists from beyond Europe. Also, Americans have plenty of reasons to visit Cyprus as well.

The island of Sardinia, long a haven for the Russian ultrarich, is reporting vacant megavillas along its coastlines. "We will certainly miss the Russians, we cannot deny this," says local real estate rental specialist Paolo Costi. “Above all we will miss the oligarchs who are able to spend up to 250 million euros in a month, creating employment and trade. But luckily we have international tourism that seems to compensate."

Even if you're not an oligarch, the Russian tourism gap may help you in Sardinia. You can make up some of the lack of Russian tourism by taking one of the new flights to Sardinia from London via discount carrier Jet2, which launched service on the route this week. Fares are running at just 32 pounds (about $40) one-way.

Related: The most beautiful towns and beaches in Sardinia

Business as usual in Serbia

One country still embracing Russian visitors is Serbia, a country outside of the European Union that maintains close relations with Russia. Thousands of pro-Russian Serbians even demonstrated on the streets last month in support of Vladimir Putin and against NATO.

Air Serbia continues to operate regular flights to Moscow, and Belgrade is becoming a "backdoor" transit point for Russians (at least those not personally sanctioned) to still visit Europe for a summer holiday amid the humanitarian disaster their country has caused. The U.S. Department of State has not issued any conflict-related travel advisory for Serbia (beyond its usual "exercise caution" crime alert), but American visitors to Serbia should be mindful of strong local opinions and the political situation there.

Sanctions banning Russian flights to Europe have created a gap in tourism to the region for this summer, particularly in popular Russian tourist destinations like Cyprus and Sardinia, and to a lesser extent in Italy and Greece, with Turkey and Egypt as non-EU countries that are seeing the biggest impact.

U.S.-Europe flights will probably still be as expensive as ever. However, visitors planning a summer trip to hard-hit regions may find deals on short-haul intra-Europe flights, and at local hotels that are facing low occupancy rates.

Related stories
Real ID requirements for air travel in US delayed until 2025
Another major cruise line to sharply hike onboard fees
Save money with these travel-related offers on your credit cards this month
Use these shopping portal bonuses to earn extra miles this holiday season
Featured image by Getty Images
Editorial disclaimer: Opinions expressed here are the author’s alone, not those of any bank, credit card issuer, airline or hotel chain, and have not been reviewed, approved or otherwise endorsed by any of these entities.