How I saved 33,500 points on upcoming hotel stays 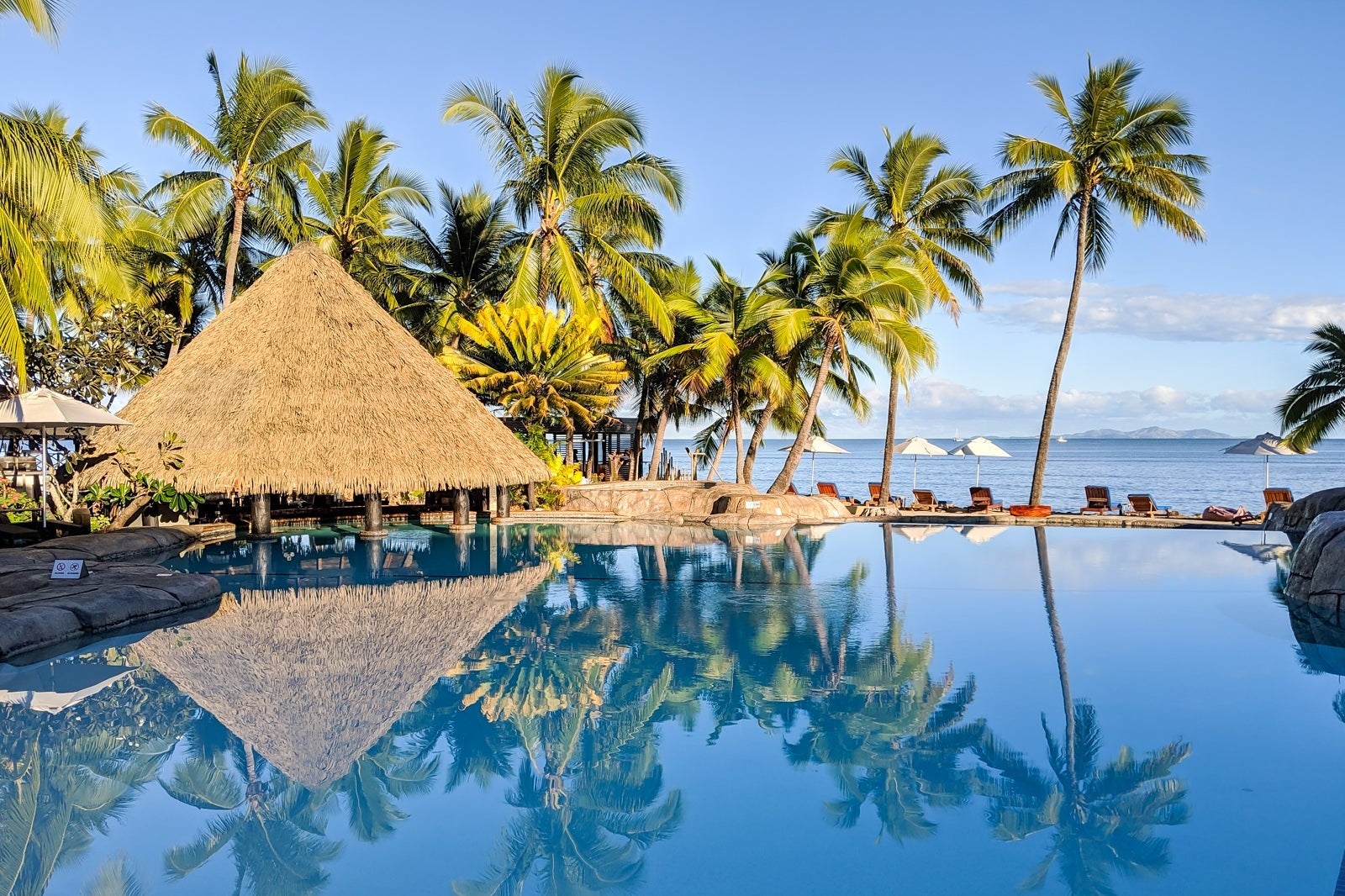 Although my husband JT and I aren't currently traveling, we have many trips planned for mid- and late 2021. In particular, we've already redeemed 763,500 hotel points for 61 award nights later this year.

These hotel award bookings are all fully refundable, so we can cancel and get our points back until shortly before each stay. And, especially in programs like IHG Rewards and Hilton Honors that don't have an award chart, booking awards now guards against future price jumps or devaluations.

Last weekend, I went through all of our hotel bookings. And for each stay, I determined whether to cancel and rebook. After all, some hotels currently offer inexpensive but flexible paid rates. And thanks to dynamic pricing in the Hilton Honors program and IHG Rewards program — as well as peak, standard and off-peak pricing and other promotions in the Marriott Bonvoy program — it's also worth checking whether award rates have dropped.

In combing through our upcoming reservations, I was able to rebook six stays at lower award rates. In doing so, I saved 33,500 points: 11,500 IHG Rewards points, 4,000 Marriott Bonvoy points and 18,000 Hilton Honors points. Based on TPG's valuations, these points are worth about $197.

Let's take a closer look at how I saved by rebooking award stays in each program.

Based on TPG's valuations, the 18,000 Hilton Honors points we saved are worth $108. We also have a second award stay booked at the DoubleTree in Cape Town, but this stay didn't decrease in price for our dates.

We also have a three-night paid booking at the Hilton Luxor Resort & Spa in Egypt. But unless the points cost drops significantly, we'll likely keep our paid rate. After all, we tend to save our Hilton Honors points for five-night stays since Hilton Honors elites get a fifth night free when paying with points.

Related: My approach to hotel loyalty and why I’ve mostly ignored Hyatt, Hilton and Wyndham

We frequently stay with IHG hotels, despite limited elite perks.

It's not a mistake that the Holiday Inn Express Causeway Bay in Hong Kong is listed twice. We're planning to stay at the same hotel in Hong Kong on two different trips about a month apart in late 2021.

Interestingly, most of our other IHG Rewards stays increased in points cost since I initially booked. So although it's still possible to get great value from IHG Rewards points, I recommend redeeming IHG Rewards points now to lock in reasonable rates. Thanks to IHG's switch to dynamic pricing, the value of IHG points could drastically decrease at any time.

I've felt less urgency to redeem Marriott Bonvoy points. Sure, redeeming for specific dates at a particular property may slightly change in price over time based on monthly adjustments to peak, standard and off-peak dates and PointSavers pricing. And some properties will change award category on March 3. Plus, you can also currently get a 10% discount on off-peak rates for stays through Sept. 30, 2021, when you book by Feb. 21.

But since we tend to stay at low-category Marriott Bonvoy hotels and Marriott Bonvoy still maintains an award chart, the award price of a specific night typically won't change much if I wait to book. As such, we've only booked three Marriott Bonvoy stays for later this year using a total of 139,000 points.

I added 33,500 points back into my husband's and my hotel loyalty accounts last weekend by merely canceling and rebooking six reservations. Based on TPG's valuations, these points are worth $197.

Admittedly, over the last few months, I've liberally booked IHG Rewards and Hilton Honors award stays for mid- to late 2020. After all, there are ample opportunities to redeem points in both programs at better rates than was typically possible before the pandemic. As such, I've snagged awards to lock in these low rates. Plus, by keeping our account balances relatively low in these programs, I'm also protecting us against any devaluations that may occur.

I didn't expect my award night sweep last weekend to unearth so many rebooking opportunities. Since I was successful, I plan to do a similar sweep at least once a month. After all, although Hilton Honors and IHG Rewards seem to reprice award nights much more frequently, Marriott Bonvoy has told us that peak, standard and off-peak dates for each property are changed once a month.