4 Reasons I Never Travel Without My Apple AirPods

Articles
Zach Honig is Editor-at-Large at TPG, with contributions ranging from articles digging deep on loyalty programs and credit cards to delivery flight coverage to drone photography and much more.
Follow
May 11, 2019
•
5 min read 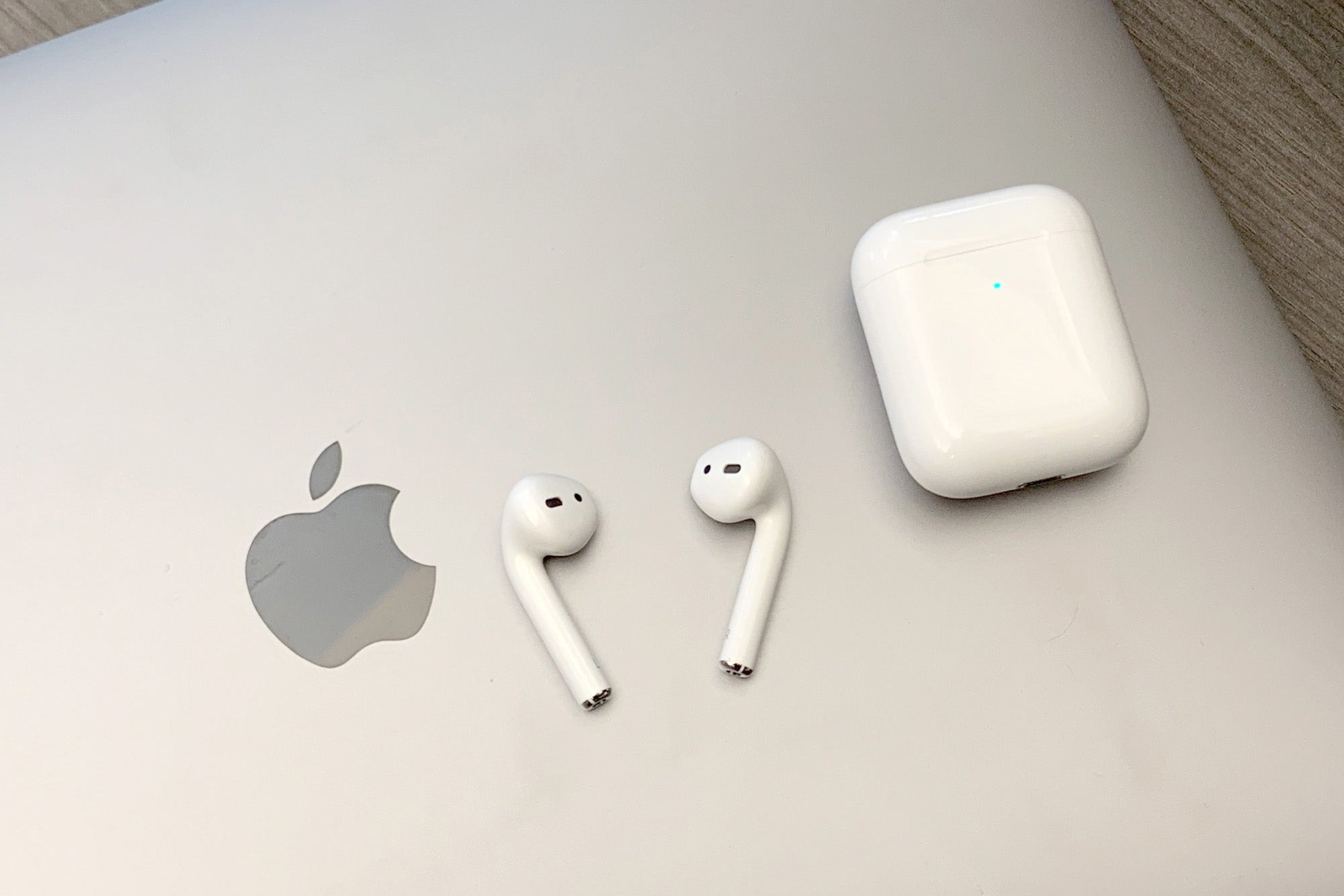 "Hey, Zach, I want you to write something about your AirPods." I thought it was perhaps TPG travel editor Melanie Lieberman's polite way of asking why I always had Apple's small earbuds dangling out of my ears.

It was an accurate observation, though. I had become one of "those" people, wandering the office — and cities, airports and hotel gyms — with tiny white speakers protruding from my ears.

I've actually owned a pair of AirPods since they were first introduced at the end of 2016 — well, a couple of months after that, considering the enormous backorder right after launch. Recently, though, I've been getting far more use out of them, since I started tucking that glossy white case in my jeans anytime I leave home.

And last month, Apple upgraded its AirPods, adding faster device switching, voice control ("Siri, play the Miles Away podcast") and improved battery life, now rated for more than 24 hours with the bundled charging case — which, if you choose the slightly more expensive model, now supports wireless charging as well. But there are a few key reasons my AirPods and I have become inseparable.

Audio quality, design and even battery life should probably trump physical size when you're trying to decide which headphones to get, but when it comes to AirPods specifically, portability is the number one factor — for me, at least. And they are small and very lightweight, fitting in any of my pants pockets without issue.

2. The Battery Life Is Fantastic

On average, I actively use my AirPods about 90 minutes per day, including listening to podcasts and making phone calls during my round-trip 45-minute walk to and from the office, listening to various programming in the gym and for phone calls around the office and everywhere else. Apple promises more than 24 hours of battery life with the charging case — while I haven't managed to achieve that, I did get nearly 10 hours of use out of them before I decided to voluntarily charge the case back up once the level dropped to 27%:

Since I have the wireless charging case (a $40 up-charge from the base version), I can juice up the battery by placing the case on any Qi charging pad. Vertical smartphone chargers work, too, but you might need to get creative with alignment, since the case is quite a bit shorter than a phone.

3. They Have Excellent Sound Quality

There isn't any noise canceling functionality, but AirPods really do sound great as long as there isn't a ton of ambient sound. You're also limited to listening to audio from Bluetooth-equipped devices (inflight entertainment systems simply won't work, unless you add your own third-party adapter). Music and podcast audio sound outstanding, though — at least as good as on any other earbuds I've tried.

4. Talking on the Phone Isn't a Chore

Like many millennials, I prefer text, FaceTime or in-person interaction over chatting on the phone. Still, sometimes I don't have a choice, whether it's calling an airline to change a reservation or phoning home for a check-in with Mom. When the phone rings, I simply place one AirPod in my ear and answer the phone. The caller always sounds great to me, but I've been told that it can be hard to hear what I'm saying, especially if I'm in a noisy environment, such as walking around New York City.

The newer AirPods seem to be an improvement over the original version, though, with a microphone that still sounds "muffled" but with less background noise, ultimately making it easier to hear. And if I expect to be doing more talking than listening — calls home, or navigating a tricky voice-activated phone tree — I'll simply put away the AirPods and pick up the phone.

I'm often asked if there's one gadget I never travel without. "My smartphone" is a far too obvious pick, so I usually say my laptop — it's true, in the sense that, as an adult, I've never actually flown somewhere without so much as a small portable computer in my bag.

And I feel like saying, "my AirPods" would be a bit misleading, too — and there's a good reason for that. They're always in my most accessible backpack pocket. But so are my "real headphones." That's because AirPods just aren't nearly as useful on a plane. There's no noise-cancellation functionality, and they don't form a great seal in my ears — to hear much of anything over the dull rumble of the engines requires turning the volume to its highest level, and even then I'm sometimes out of luck. (Apple’s rumored to be working on a waterproof version that could add noise-cancellation functionality, but we may not see a replacement hit the market until 2020.)

So for that type of travel — and maybe air travel alone — I pull out a real noise-canceling set. For everything else, it's AirPods all the way.