Experiencing a rapid descent like Delta Flight 2353? Here’s why you shouldn’t panic

Articles
Katherine Fan is a former senior travel features reporter at The Points Guy who covered everything from personal finance to travel and aviation.
Sept. 20, 2019
•
4 min read 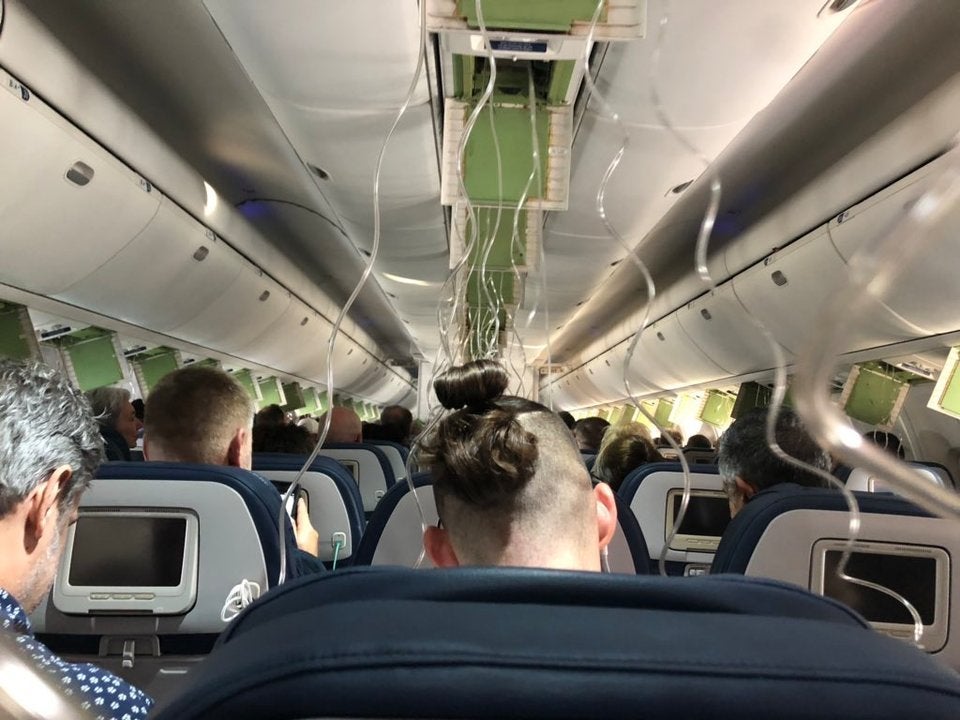 Experiencing a rapid descent like Delta Flight 2353? Here’s why you shouldn’t panic
This post contains references to products from one or more of our advertisers. We may receive compensation when you click on links to those products. Terms apply to the offers listed on this page. For an explanation of our Advertising Policy, visit this page.

Passengers on Wednesday's Delta Flight 2353 between Atlanta and Fort Lauderdale shared "sort of an instant panic" between 4:34 p.m. and 4:42 p.m., when the aircraft made an unexpected rapid descent from 39,000 feet to 9,975 feet in under eight minutes, according to data from flight-tracking site Flightaware. No injuries were reported, and the plane diverted safely to an alternate airport, Tampa.

"Out of nowhere, I had four oxygen masks drop down into my lap... from the top of the plane," 21-year-old passenger Harris DeWoskin told reporters. "Chaos sort of ensued amongst the passengers." DeWoskin also said that flight attendants tried to reassure passengers not to panic.

The Boeing 767-300 was 37 minutes en route to Fort Lauderdale when the pilots made "a rapid, controlled descent due to a possible aircraft depressurization issue," according to Delta spokesperson Anthony Black. Black added that the plane diverted to Tampa "out of an abundance of caution and landed without incident," and that maintenance technicians were evaluating the aircraft to determine the source of the malfunction.

Passengers and media outlets often use the word "plunge" or even "plummet" to describe rapid descents like Wednesday's Flight 2353, or last year's Southwest Flight 1380, where pilot Tammie Jo Shults safely brought a damaged Boeing 737-700 from above 35,000 feet to 13,000 feet in five minutes. (Sadly, a passenger was killed in that accident — but as a result of an engine explosion that shattered a window, not because of the loss of cabin pressure.)

But rapid descents like these two examples are far from uncontrolled drops. They are extremely fast, but they are also a by-the-book response to a loss of cabin pressure — or to a risk of losing it. Dropping quickly to an altitude where the outside air is breathable is the correct response, to ensure that passengers onboard do not lose consciousness from lack of oxygen.

While the details of what happened on Flight 2353 are still unknown, it appears that the pilots had the situation in hand. And while passengers were understandably afraid, their predicament was very likely not as perilous as it might have seemed. Descending to under 10,000 ft is the prescribed manner of dealing with what Delta 2353 likely experienced.

Passengers don't necessarily know this, however; hence the panicked reactions. DeWoskin, who described the experience as "terrifying," said that "there was a scary 60 to 90 seconds where we really didn’t know what was going on (...) that 60 to 90 seconds of ambiguity felt like an hour." A look at the altitude graph of the flight — the green line in the image below — makes clear how steep the descent was.

So if your flight happens to go into rapid descent, and oxygen masks drop suddenly while the plane descends steeply, know that what is happening is a) very rare, and b) very safe. Chances are, your pilots are rapidly bringing you down to an altitude where you won't need those oxygen masks.

"It would be nice if the rest of our lives were as safe as airline travel," commercial pilot Jim Blaszczak told TPG at the time of the Southwest 1380 incident. "The chance of an airline accident is not zero, but it's way down there. The airline industry has taken its safety responsibility very seriously over the last decades, and the facts are clear: It is safer than ever to fly."