Articles
Katherine Fan is a former senior travel features reporter at The Points Guy who covered everything from personal finance to travel and aviation.
April 17, 2018
•
3 min read 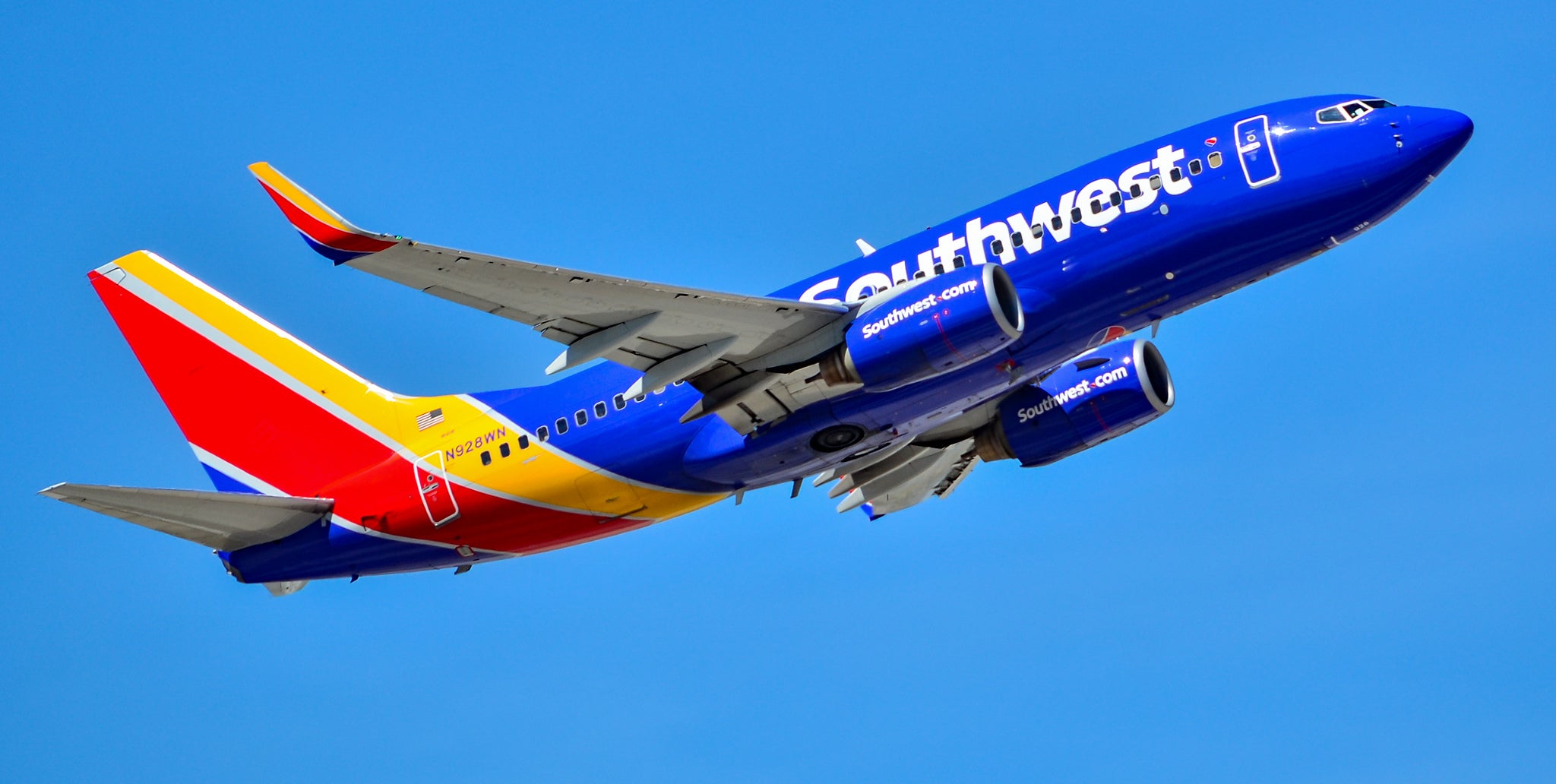 9 pm update: This afternoon, the NTSB stated that Jennifer Riordan from Albuquerque died from injuries sustained during the engine failure.

Southwest Airlines Flight 1380 safely made an emergency landing in Philadelphia (PHL) around 11:30am Tuesday after an accident violently depressurized the plane.

The Boeing 737-700 had just departed LaGuardia (LGA) for Dallas Love-Field (DAL) around 10:30 am, April 17, when the left engine suddenly gave way. A piece of shrapnel from the shredded engine hit and punctured one of the windows, injuring a female passenger who was "partially sucked out of the plane" by the pressure imbalance, according to another passenger's father-in-law, Todd Baur. She has since been rushed to the hospital.

“One passenger, a woman, was partially … was drawn out towards the out of the plane … was pulled back in by other passengers," Baur told NBC10, relaying information from his daughter-in-law, who had been on the flight.

Passenger Marty Martinez posted a Facebook Live video, attempting to secure his oxygen mask while giving real-time updates. "Something is wrong with our plane! It appears we are going down! Emergency landing!! Southwest flight from NYC to Dallas!!" Martinez posted on Facebook. "We are bracing for landing!"

At the 0:50 minute mark, Martinez wrote, "Engine exploded (we think) and shattered one of the windows... Flight attendants ran over calling for passengers to help cover the hole as they broke down and began uncontrollably crying and looking horrified as they looked outside. Plane dropped dramatically and it smelled like fire with ash coming down on everyone thru the vents. Absolutely terrifying, but we are okay."

Photos from passengers and media outlets show a number of firefighting vehicles surrounding the jet on the tarmac. A large amount of fluid, possibly jet fuel, puddled under the left side of the plane. The engine inlet appears to be shredded, with metal bent outward.

Some passengers have been led off the plane on crutches, supported by firefighters, according to Action News.

Philadelphia International Airport released a statement, saying, "Southwest Airlines flight 1380, which departed LaGuardia for Dallas Love Field (DAL), diverted to PHL because of an operational event. The plane landed safely. No slides were deployed. At this time, passengers are coming down a mobile stairway and are being bussed to the terminal. PHL Flights continue to arrive and depart but passengers should expect delays."

Southwest Airlines also released an initial statement to TPG, saying, "We are aware that Southwest flight #1380 from New York La Guardia (LGA) to Dallas Love Field (DAL) has diverted to Philadelphia International Airport (PHL). We are in the process of transporting Customers and Crew into the terminal. The aircraft, a Boeing 737-700, has 143 Customers and five Crewmembers onboard. We are in the process of gathering more information. Safety is always our top priority at Southwest Airlines, and we are working diligently to support our Customers and Crews at this time."