Articles
Ben Mutzabaugh is the senior aviation editor and heads TPG’s airline coverage. Ben joined TPG in March 2019 after nearly 19 years at USA Today, where he launched the long-running, industry-leading Today in the Sky blog in 2002.
Follow
Oct. 19, 2019
•
3 min read 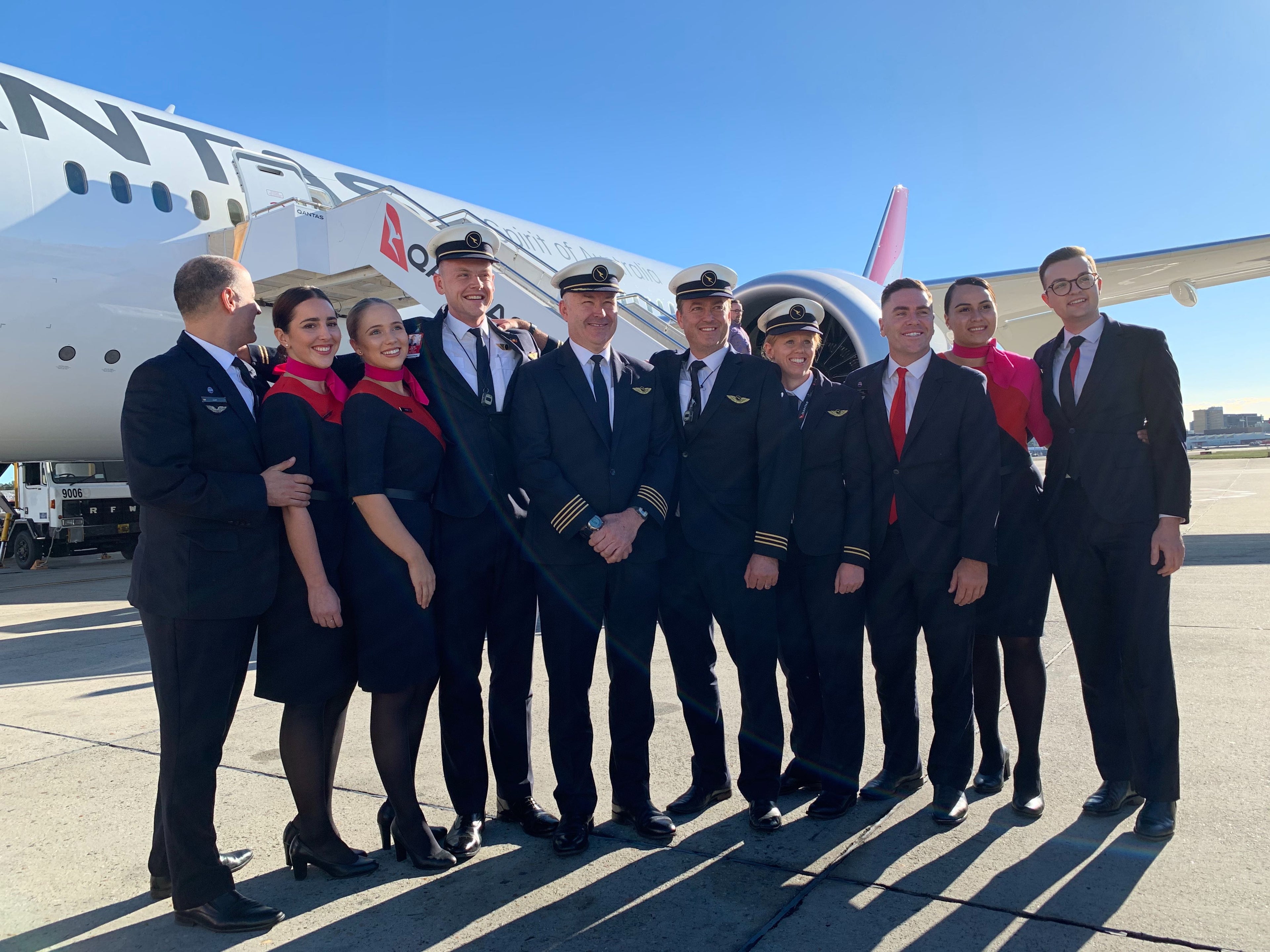 First look: Qantas Airways' historic Project Sunrise flight touches down in Sydney
This post contains references to products from one or more of our advertisers. We may receive compensation when you click on links to those products. Terms apply to the offers listed on this page. For an explanation of our Advertising Policy, visit this page.

Come back to TPG on Sunday for more Project Sunrise coverage from Sydney.</span></span>

Qantas CEO Alan Joyce was among those on board, calling the 10,000-mile flight a “historic” accomplishment for the carrier, and an accomplishment that helped it conquer “one of the last frontiers of commercial aviation.”

“We were airborne for 19 hours, 16 minutes,” said QF7879 Capt. Sean Golding at a press event following the flight.

He said Qantas encountered greater-than-expected headwinds on the flight, but still landed “with a comfortable 70 minutes of fuel on board."

The flight is part of what Qantas is billing “Project Sunrise,” an effort that will include two more ultra-long-haul flights by the year’s end. Qantas will fly a nonstop flight from London to Sydney as well as a second from New York.

Qantas is piloting Project Sunrise as a research effort that’s meant to study the effects of extreme long-haul flying on both passengers and crew.

But it also comes as the carrier is pushing jetmakers Airbus and Boeing to figure out an upgrade to their aircraft that could allow regular flights between Australia’s east coast and London.

No current commercial passenger aircraft can make the journey with a full load of cargo and passengers.

For the flight that landed Sunday, Qantas used a new Boeing 787-9 that had just been delivered from Boeing’s assembly line near Seattle. That aircraft was able to make the trip because it wasn’t fully loaded, flying with just 50 passengers — including crew.

Onboard, the flight was unusual. Pilots wore EEG monitors while in the cockpit and had their melatonin levels measured during the flight by having urine samples analyzed.

Six “regular” passengers also were on the flight. All were Qantas frequent-flyers with previous reservations to New York that Qantas offered to switch to the special nonstop flight home.

They too were monitored by sleep and health scientists, agreeing to participate in a study of about three weeks for measures related to alertness, exercise and light exposure. It’s part of Qantas’ Project Sunrise effort to quantify and understand the effects of jet lag.

Those passengers also participated in group exercises every two hours outside of the 19-hour flight’s designed sleeping hours. One was a stretching exercise to the song Macarena, which CEO Joyce participated in.

“It’s a very interesting trip,” Carl Petch of Sydney, one of the frequent-flyers, said from onboard the flight.

As for whether the New York-Sydney flights will become a regular thing, Qantas says it hopes to decide by the end of the year whether it will press ahead. The airline would also need regulatory and labor approval, saying the earliest it could begin would likely be 2023.

Editor's note: Come back to TPG on Sunday for more Project Sunrise coverage from Sydney.