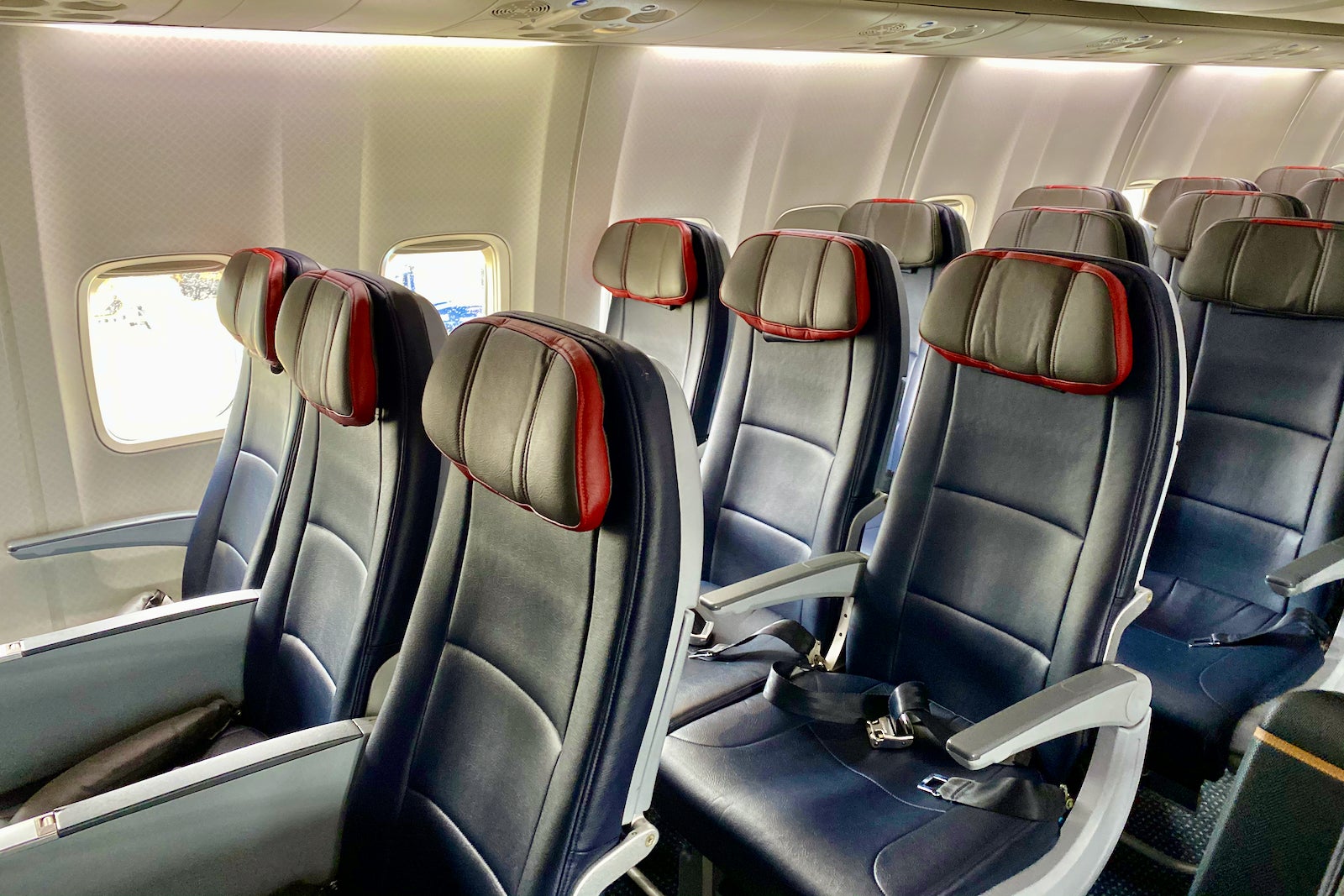 Nobody likes it when a trip goes wrong. But what happens when you’re faced with a trip interruption on one airline, booked using the miles from another? TPG reader Jeff wants to know who to contact when a partner award flight goes wrong.

[pullquote source="TPG Reader Jeff"]Where does the fault lie when something goes wrong on an award flight operated by a partner? i.e., who is obligated to compensate the traveler?

My particular problem was flying first class on American with an Etihad award. A delayed departure caused by American resulted in a missed connection and subsequent bumping to coach on a red-eye, rerouting and next day arrival. Each airline blames the other and will give me nothing.[/pullquote]

For more TPG news delivered each morning to your inbox, sign up for our daily newsletter!

Etihad Airways has a non-alliance partnership with American Airlines, allowing members to use their Guest Miles to book American awards.

The program uses a regional award chart for American redemptions and there are some great deals, like American Flagship first-class tickets to Europe for 62,500 miles. You’ll often get a far better deal using Etihad Guest miles instead of AAdvantage miles, but what should you do when your trip goes awry?

Even though Jeff booked his ticket using Etihad miles, the actual trip was flown on American Airlines, so it’s helpful to look at both airlines’ terms and conditions. Jeff doesn’t say what the holdup was on American’s part, but a “delayed departure” resulting from a schedule change wouldn’t be covered under American’s current terms and conditions. According to American, the airline will contact you in advance and move you to a similar seat, “though we can't make any guarantees.”

Suppose the delay is American’s fault (or you're diverted to another city) and you aren’t on board before 11:59 p.m. local time on your scheduled arrival day. In that case, you’re entitled to an overnight stay at a hotel or the funds to cover the cost at an approved hotel. The exception to this rule is if the delay is due to weather conditions -- then you’re responsible for your hotel, meal and other expenses.

American's flight schedule isn’t part of its terms and conditions, so the airline is not liable for schedule changes. That policy also applies if they’re late or you miss your connection.

Etihad’s terms and conditions regarding partner awards are even grimmer. According to the airline, award travel, which encounters a delay or cancellation by a partner airline, “will be managed in line with the relevant airline’s commercial procedures.”

In other words -- Etihad will defer to American’s terms of carriage, so you’re back where you started, which is, unfortunately, pretty much nothing. We reached out to Etihad Airways and will update when we hear back.

However, American says Jeff should contact Etihad because he booked the ticket using Guest Miles, not AAdvantage miles.

“As the customer traveled on an Etihad Guest award ticket, they should reach out to Etihad for assistance. This is because Etihad collected the miles and issued the award ticket,” an American rep told TPG.

“For reference, if the customer traveled on an American-issued award ticket and experienced a disruption during their journey, we’d encourage them to contact AAdvantage Customer Service for assistance once travel is complete,” the rep continued. “Members should save the boarding pass reflecting the downgraded cabin and seat assignment.”

There are several options if you find yourself in a similar situation. First, take advantage of each airlines’ dedicated phone lines. It may take you speaking with multiple representatives and escalating the problem to a supervisor, but you should, at the least, get some miles for your troubles. And don't throw away that boarding pass, as the American rep pointed out. You'll need it when you appeal to the airline.

Finally, reaching out to an airline on Twitter often gets you better service and quicker response times. American also offers a dedicated chat tool as well, and agents tend to respond promptly.

While American and Etihad’s policies regarding partner awards are undoubtedly confusing, all hope isn’t lost. Even in these uncertain times, it’s not unheard of to score miles from an airline for being inconvenienced -- especially if you hold elite status. If that’s what you’re after, it’s best to reach out to both airlines for assistance.

Thanks for the question, Jeff! If you’re a TPG reader who’d like us to answer a question of your own, tweet us @thepointsguy, message us on Facebook or email us.