Major upgrade: The newest AvGeek-approved amenities at airports and hotels

Articles
Harriet Baskas is an award-winning journalist and the author of eight books. She writes, most often, about airports, air travel, unusual museums, and odd adventures for a variety of outlets, including her blog, StuckatTheAirport.com.
Oct. 21, 2019
•
5 min read 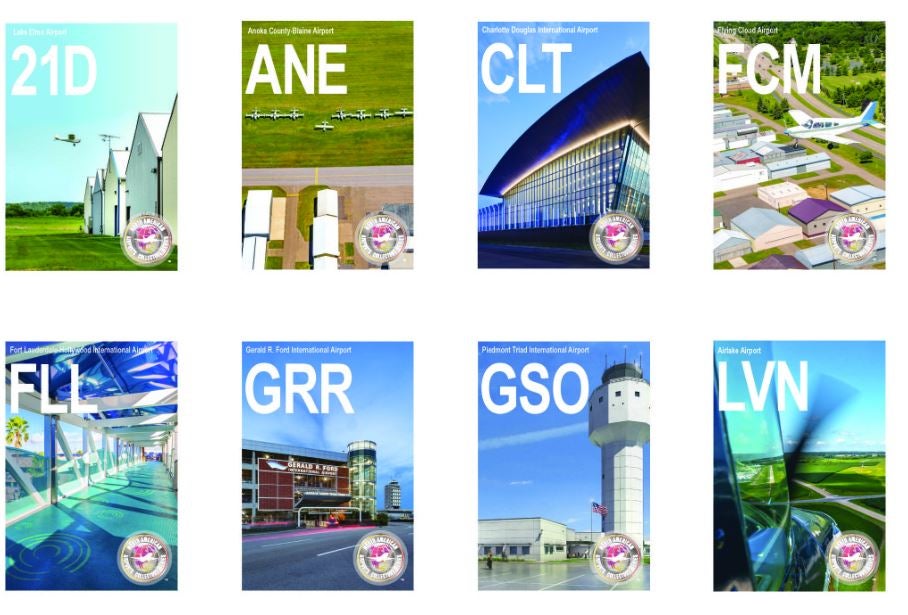 An ice cream shop with a specialty shake in Denver and a bathtub with a view for planespotters in San Francisco are a few of the new airport attractions to help you pass the time waiting for that next flight.

Here's what to check out on your next layover:

A new service called Baggage Nanny at San Diego Airport (SAN) will help you with your bags if you’ve arrived in the city but it’s too early to check into your hotel or Airbnb.

The service, which hopes to expand to other airports soon, allows arriving travelers to drop bags at Baggage Nanny kiosks in the airport baggage-claim areas and specify a time they’d like those bags delivered to them in town. Baggage Nanny will also pick up bags in town and store them at the airport until a traveler arrives for a flight.

The cost for each bag is $20 for pickup/storage within a 15-mile radius of the airport, no matter the size/weight.

New batch of airport trading cards: Collect them all

The series kicked off in 2014, with cards distributed by airports at information booths and events. Want to collect them all? To date, there are around 130 officially approved cards in the series, though there doesn’t seem to be an official count. New airports are added all the time, but over the years some airports have released multiple cards with different images.

Bonus for AvGeeks at the new Grand Hyatt at SFO

San Francisco International Airport (SFO) now has its own at-the-airport hotel with its own stop on the airport AirTrain. In addition to being super-convenient, the hotel is also a gift to AvGeeks because one side of the 12-story, 351-room Grand Hyatt at SFO overlooks the comings and goings of airplanes at the International Terminal.

To assist planespotting, the hotel provides each room on the terminal side of the hotel with a planespotting brochure and a pair of loaned binoculars. You can watch planes from the desk, the bed and, in some rooms, from the bathtub. Day rates are available.

Denver's iconic Little Man Ice Cream shop has opened an outpost at Denver International Airport (DEN), near Gate C27. And, with a wink and a nod to local airport lore, Little Man has created an only-at-the-airport Illuminati Shake.

Some of that airport mythology involves lizard people, space aliens and a secret cabal of the Illuminati, along with assorted conspiracy theories that have been swirling around Denver Airport since it opened in February 1985.

“The alien lizard people who live in the tunnels under the airport inspired our chef to create a drink using Leopold Bros. Absinthe Verte, a green-colored, anise-flavored spirit, which was historically known as an hallucinogenic drink called The Green Fairy,” said Basha Cohen, director of marketing for Little Man. “By combining absinthe with homemade vanilla bean ice cream and maraschino liqueur, we hope to send travelers on their own secret flight of imagination," he said.

And get ready to chow down at the new New Orleans International Airport (MSY), which is scheduled to open Nov. 6. Dining venues will include an instrument-adorned wine bar dedicated to the city’s annual Jazz & Heritage Festival, as well as Leah’s Kitchen, a restaurant created by the late Leah Chase, who was known for her Creole cuisine and civil rights activism.