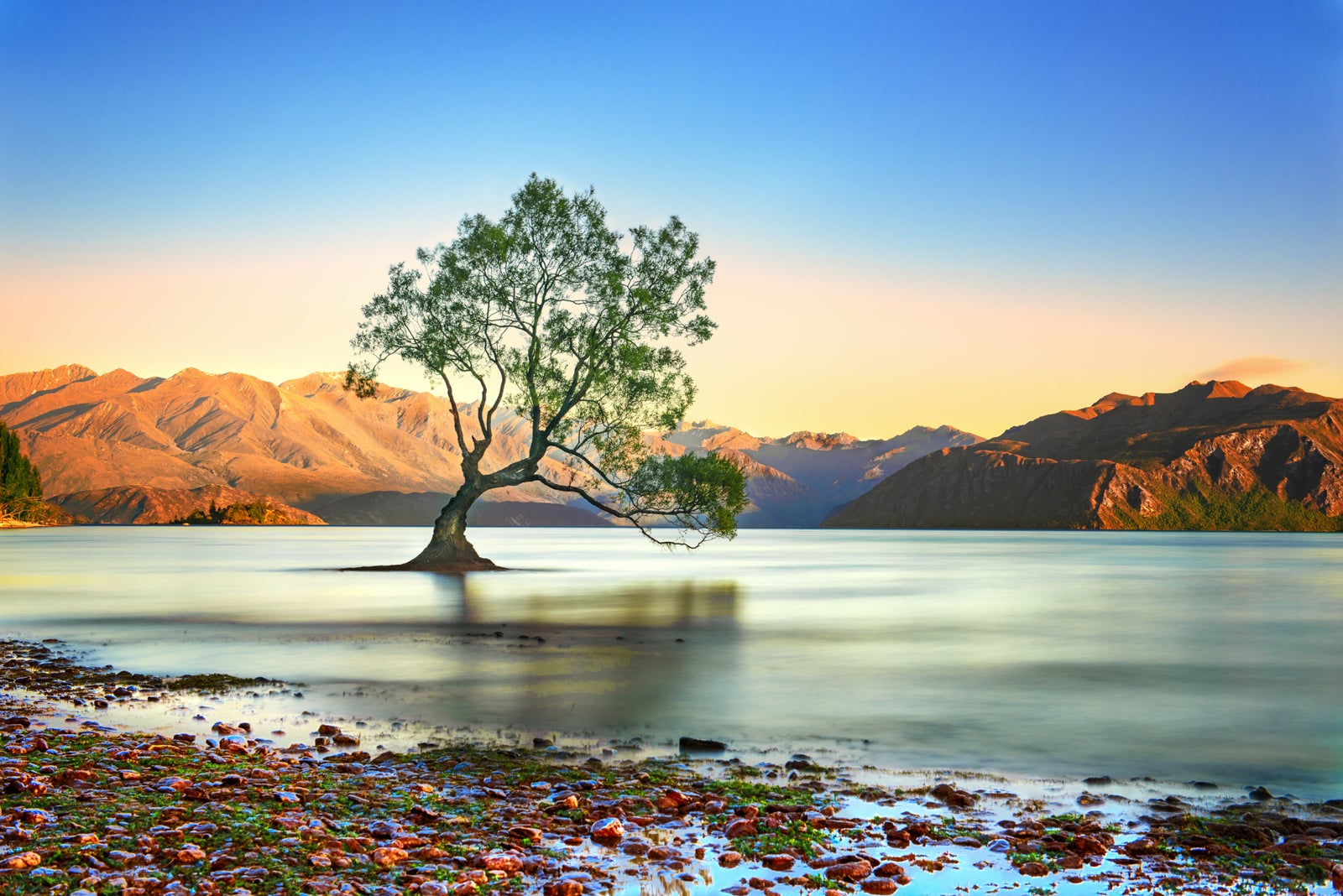 If you’re a frequent traveler, chances are you’ve already been taxed for the privilege. Some cities in France tack on a small “taxe de séjour” when guests check out from overnight accommodation. “Bed taxes” are common across the US, too. In Italy, Venice does the same, and recently announced they would tax day tourists by charging them to enter the canal system. Earlier this year, Japan introduced a departure tax of 1,000 Yen ($9). And in October, the cost of visiting New Zealand is about to get a little bit steeper, too, when they join the list.

The International Visitor Conservation and Tourism Levy (IVL) was announced by the government last September. Visitors will pay a fee of $35 NZD (about $23) when they apply for an Electronic Travel Authority (ETA), which is a border security mechanism already used by several countries.

Not everyone will be required to pay: Permanent residents are exempt, as are visitors from some other South Pacific islands and Australia. The tax will raise an estimated $450 million NZD ($300 million) over the next five years, which will be split between conservation and tourism infrastructure.

“Projects funded by the IVL will contribute to the long-term sustainability of tourism here, by protecting and enhancing our natural environment, upholding New Zealand’s reputation as a world class experience and addressing the way vital tourism infrastructure is funded,” said New Zealand’s Minister of Tourism, Kelvin Davis.

So why is New Zealand, along with so many other destinations, looking past the pockets of its own residents when it comes to collecting taxes?

Tourism Is Rising — And Causing Problems

Globally, tourism is on the rise. Back in 1950, there were 25 million people traveling internationally. In 2017, that number was more than 1.3 billion.

All that travel has an impact. Recently, we’ve heard stories about the fallout from overtourism, like Maya Bay, Thailand (famous for being the setting of the movie “The Beach”) which stopped allowing tourists so they could try to repair the coral reefs; Amsterdam’s floating flower market, whose last true florist just announced it will shut down because it’s been overrun by tourists; and the new regulations in Venice restricting tourist access to certain areas of town. For a few days this month, the Faroe Islands shut down to visitors entirely so they could focus on cleaning and maintenance.

New Zealand is no exception to either trend. Last year, the number of visitors increased by almost 8%, and these numbers are expected to keep growing. Estimates say there will be over 5 millions visitors pouring in by 2024. To put that in perspective, New Zealand’s current population is around 4.9 million.

“For many years in New Zealand, we had levels of visitor arrivals that we could cope with and that could be sustained,” said professor James Higham, from the University of Otago's Department of Tourism. “For most of the last decade, the growth in arrivals to New Zealand has been high and relentless.”

One of New Zealand's major draws for visitors is the dramatic natural scenery. Though there are fees for overnight visitors to camp (and this month, the government is wrapping up a trial charging overseas visitors higher fees than locals in some parks), it doesn’t cost anything to access the parks. That’s unusual — many countries charge visitors at the gate.

This means that taxpayers are responsible for funding conservation, as well as the infrastructure that enables tourism, with no help from tourists.

“Tourism is a double edged sword. It can bring great benefits to communities and there are plenty of examples in New Zealand of communities that have thrived with successful and sustainable tourism growth. But it has a sting in its tail potentially,” Higham said.

Is Adding a Tax Worth the Risk?

Still, these international visitors are bringing in plenty of cash — tourism is now New Zealand’s biggest export industry. Last year, tourism spending increased by nearly 10%, to $16.2 billion NZD (about $10.8 billion in USD). The industry puts money directly in Kiwi’s pockets, too: one in seven New Zealanders works in tourism.

If tourism brings so much money into the country already, is it worth risking it all for a little extra?

Studies are conflicted. One research review, out of Italy, found that while adding a city tourism tax lead to a drop in domestic tourism, there was no impact on the number of visitors coming from abroad. Another more recent report suggested taxes did play into travelers’ decisions to visit a destination, because they factored it into the overall cost. But that report looked at case studies in Europe. It’s one thing to decide between two European cities, but a different story when it comes to flying all the way to New Zealand.

Higham thinks that people who’ve had the country on their bucket list won’t think twice.

According to the World Economic Forum’s 2017 Travel & Tourism Competitiveness Report, there’s a strong correlation between a country’s environmental sustainability and how many people visit. Simply put, the more untouched a destination, the more people tend to visit, so possibly, tourists might even appreciate a tax meant to keep the country immaculate.

“It provides an opportunity for visitors to New Zealand to directly contribute to the infrastructure they use, and the environment they enjoy,” Davis said.

Though Higham suspects some visitors might feel good about paying the tax because it will allow them to feel good about their visit, in his view, it’s time for New Zealand to take action to keep the country’s tourism sector sustainable anyway.

“We’ve reached a point where we’ve got to make some hard decisions about who funds tourism and how tourism is managed to ensure that it is sustainable, and these funding initiatives are now very central to that conversation,” he said. “It’s overdue, in my opinion.”

Related stories
Updated: A country-by-country guide to coronavirus reopenings
Southwest deal: Get 25% off one-way trips for Christmas and New Year's Eve travel
At just 356 miles, Delta starts flying its shortest wide-body route
Everything you need to know about tipping on a cruise ship
Featured image by Getty Images