A brand-new Amex Centurion Lounge is coming to LaGuardia Airport 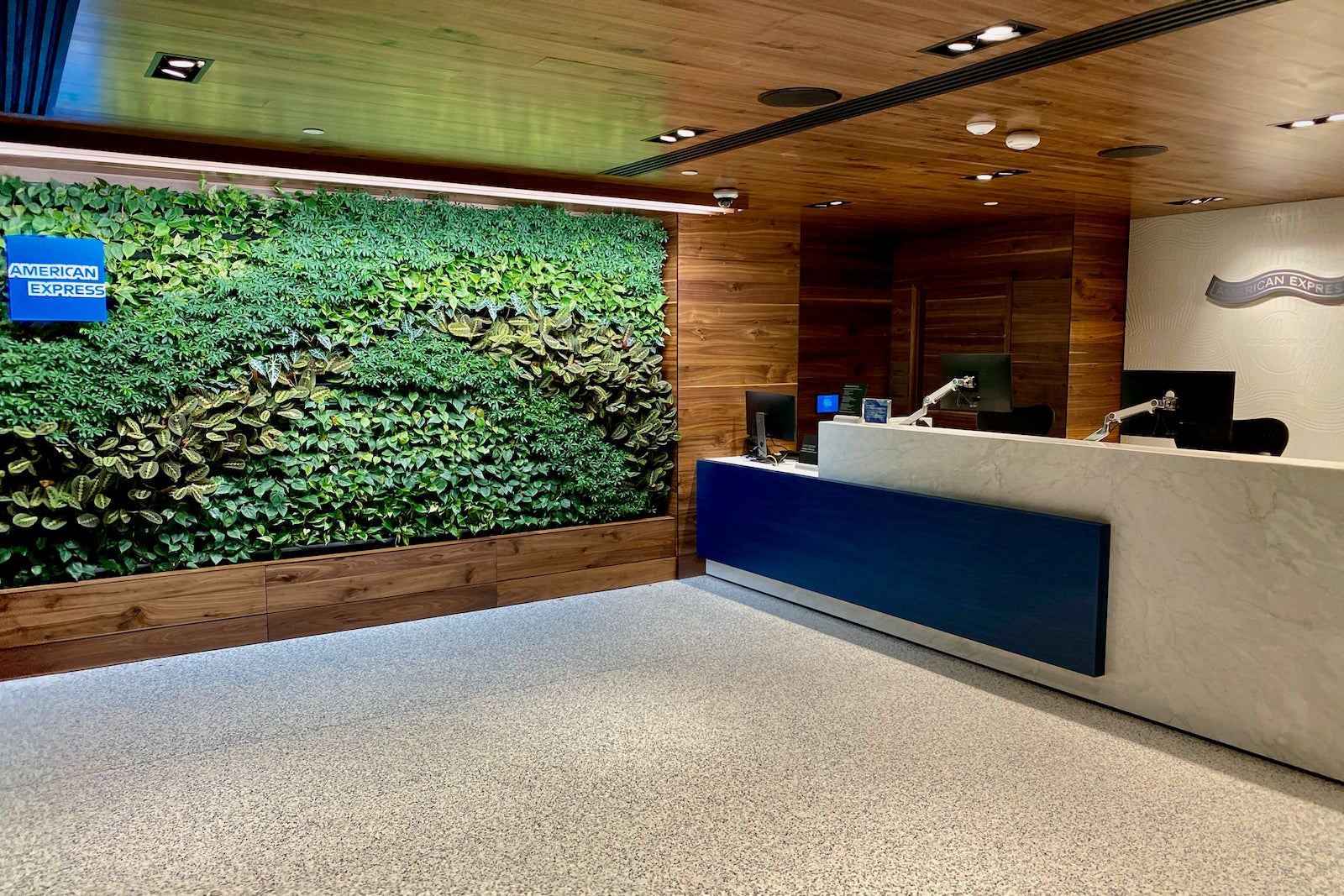 A brand-new Amex Centurion Lounge is coming to LaGuardia Airport
This post contains references to products from one or more of our advertisers. We may receive compensation when you click on links to those products. Terms apply to the offers listed on this page. For an explanation of our Advertising Policy, visit this page.

Fans of the Amex Centurion Lounge network will soon have an all-new space to enjoy.

As part of the LaGuardia redevelopment project, the airport's newest building — the Terminal B Arrivals and Departures Hall — opened earlier this summer. The old terminal, home to the original Centurion Lounge at LGA, is no longer operational.

As Amex lounges begin to reopen, cardmembers will need a wait a little longer to access the Centurion Lounge at LGA. That's because the airport is getting a brand-new lounge in the state-of-the-art Terminal B. (The Philadelphia and Seattle locations will be the first to reopen on Oct. 5, followed by the other existing locations in the coming weeks and months.)

TPG first broke the news of this new LGA location in June, which was confirmed by the executive director of the Port Authority of New York and New Jersey, Rick Cotton. And today, Amex has confirmed its plans — and offered some additional details.

The Centurion Lounge at LGA will double in size, going from roughly 5,350 square feet to over 10,000 square feet. This is welcome news for Platinum Card® from American Express cardmembers. Though overcrowding likely won't be an issue for a few years, there will hopefully be enough space for all flyers when demand returns to the historic highs of 2019.

The new LGA lounge is slated to open in 2021. It will feature a family room, additional workspaces, private telephone rooms and sweeping views of New York City.

The best news, however, is that this new lounge is going to be located after security (whereas the original location was pre-security).

Indeed, if you take a look at the signage in the new concourse, you'll find the listing and location for the new Centurion Lounge at LGA. It'll be located one level above security, right before the Eastern Concourse pedestrian bridge.

The entrance to the lounge is currently undetectable to travelers, as it's covered with wallpaper and doesn't yet feature the Centurion's signature blue door.

The new LGA location joins three other new lounges under construction in Denver (DEN), London Heathrow (LHR) and New York-JFK. All three locations are on track to open by the end of 2020.

Additionally, Amex recently announced that it is renovating its first-ever Centurion Lounge in Las Vegas, expanding the space by 50%. Like the new LGA lounge, the overhauled Las Vegas lounge should be complete in 2021.

Related: Why you should get the Amex Platinum

In recent months, Amex has sweetened the deal for cardholders currently stuck at home. The issuer added credits for streaming and wireless telephone carriers for the rest of the year for all holders of The Platinum Card® from American Express.

But these temporary adjustments haven't stopped Amex from working on new lounges and expanding current locations. And as the existing outposts begin to reopen, there's truly no better time to a Platinum cardholder.