Fill up on history, culture and tasty dishes along Mississippi's Hot Tamale Trail 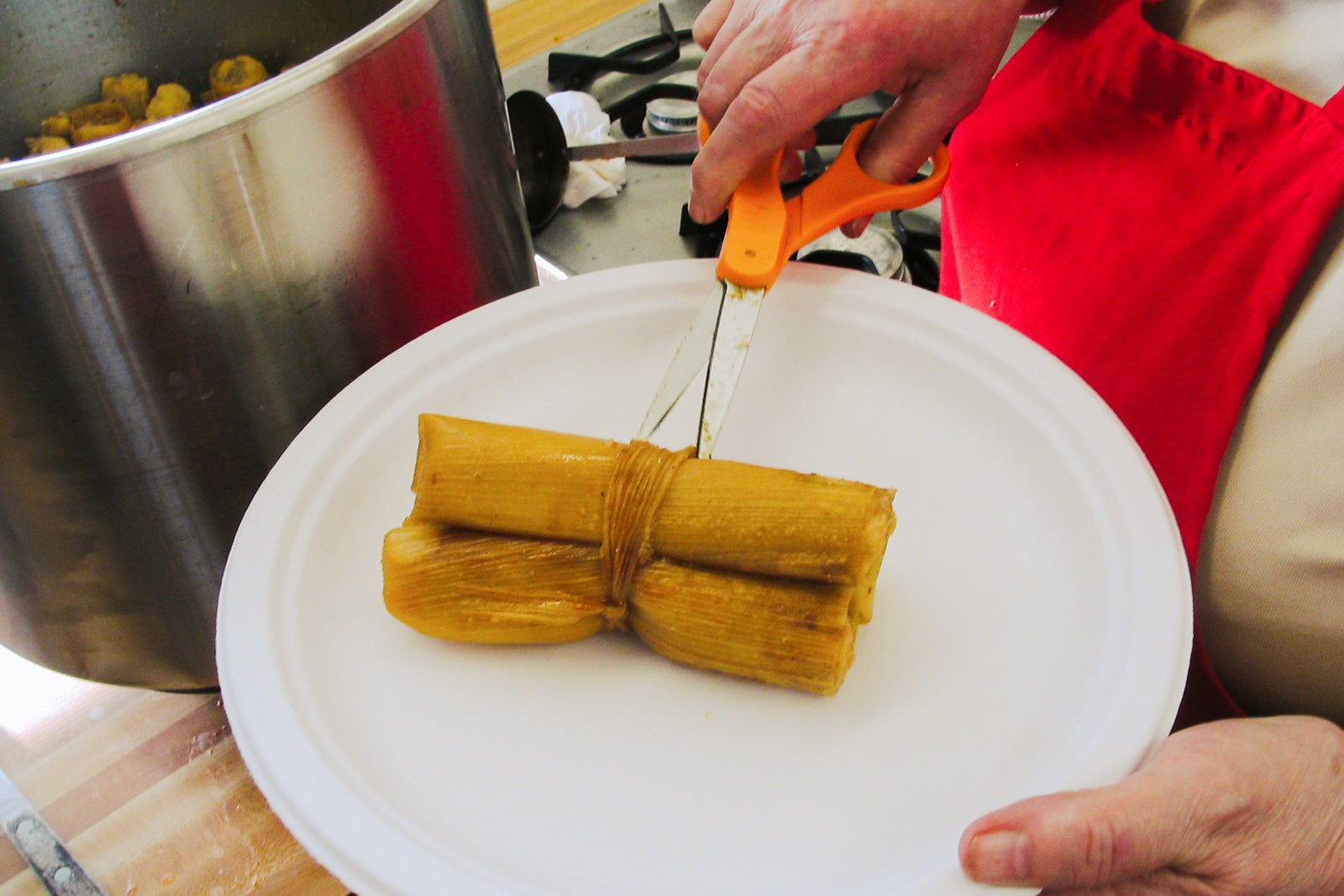 If you’re not from the Mississippi Delta, you may find the presence of tamales on menus across the area a bit of a surprise.

Often served alongside more traditional soul and Southern foods, tamales are typically found in Latin America. Though made of the same ingredients of corn masa wrapped around a meat filling, Mississippi's version (called a hot tamale) is actually a unique dish commonly tied to the Mississippi Delta's African American community. Both the history and the flavor of hot tamales are quite different from their Latin American cousins.

While this important piece of the Mississippi Delta has been around for generations, it wasn't until 2004 that it really started grabbing people's attention. What began as an oral history project organized by a local university turned into a multimedia project and, eventually, an interactive digital "trail" that visitors to the area can follow. It remains a key way to taste this part of Mississippi's cultural heritage.

What are Mississippi hot tamales?

The origins of the Mississippi hot tamales are a bit of a mystery. They’ve been a constant on dinner tables in the African American community here since at least the early 1900s, and they’re regularly mentioned in blues songs from the era. However, some historians think they might be much older, pointing to possible links to the Mexican-American War, the foodways of the area’s indigenous peoples or even a twist on an African dish brought over during slavery.

"There is a similarity between a Delta tamale and some African food traditions," said Mary Beth Lasseter, interim co-director of the Southern Foodways Alliance, a nonprofit organization that helped put the Hot Tamale Trail together. "The [African] corn meal mush would probably be the most obvious," Lasseter told TPG.

The recipe for hot tamales is a bit different than what most people outside of the Delta are used to. Mississippi hot tamales are smaller and rounder than typical tamales and are made with cornmeal, rather than masa, which gives them a coarser texture. Most often made with pork or turkey filling, they’re also boiled instead of steamed and are usually served smothered in the spicy leftover juice from the boil. While they’re often wrapped in corn husks like Latin American tamales, they sometimes have a much more unique wrapping: coffee filters.

Why the hot tamale trail is important

The idea for the Mississippi Hot Tamale Trail came about as part of an oral history project the Southern Foodways Alliance started in 2004. Originally born out of an idea to interview a few tamale vendors in order to bring attention to this regional dish and the small local Mississippi businesses that still sell it, the concept evolved into something much greater.

"To tell these stories and highlight these foods, you're not just saving recipes," Lasseter said. "You're saving community stories and community values." This idea is really central to the Southern Foodways Alliance.

Founded in 2001 as part of the Center for the Study of Southern Culture at the University of Mississippi, the Southern Foodways Alliance is committed to studying, preserving and generally extolling the virtues of the diverse foodways of the Southeastern U.S. via films, podcasts and writing — plus mapping projects like the Hot Tamale Trail.

How to plan your own trip along the Hot Tamale Trail

Hot tamales are still cooked in kitchens across the Mississippi Delta, but if you don't have a relative in the area to make you a few, the online Hot Tamale Trail can help by telling you where you can go to eat your way through this tradition.

There are currently close to 50 different stops on the trail, which spans a little over 350 miles of Mississippi. With locations ranging from small roadside stands to James Beard award-winning restaurants, it could take nearly a week to try them all. The largest concentration of tamale joints is located along the length of the Mississippi River, particularly in Greenville, Mississippi, but there are several more scattered across the state.

As a result, the best way to tackle the trail is to fly into Jackson–Medgar Wiley Evers International Airport (JAN) in Jackson, Mississippi before heading north. This route will have you moving along another classic Mississippi cultural trail, the Mississippi Blues Trail, which explores the history of America's unique musical traditions. Doing both at once is a great way to take a deep dive into the history and culture of this area.

There are a handful of points hotels along the way, most notably the Westin and Hilton in Jackson and the Holiday Inn Express in Greenwood, which is also home to The Alluvian Hotel, a historic property right in the city's downtown area with a 7,000-square-foot spa.

Of course, the question of which locations serve the best tamales is a subject of much debate. As Lasseter pointed out, "Your hometown tamale place is always going to be your favorite tamale place." That said, a few places on the trail are considered famous, at least locally.

The Big Apple Inn, for example, serves hot tamales in the state capital of Jackson in a building that once housed the offices of legendary civil rights leader Medgar Evers. Located on historic Farish Street, which was once the site of a thriving African American business district, this family-owned spot is also known for its pig-ear sandwiches and has been a staple in the community since 1939.

Doe's Eat Place in Greenville, Mississippi, is possibly the most famous restaurant on the trail. This tiny eatery, located in a slightly dilapidated house, was opened in 1941 by Dominick "Doe" Signa. Despite its slightly ramshackle appearance, Doe's has earned itself a James Beard Award for its simple but well-executed menu. The main item on the menu here is the steak, but the hot tamales served wrapped in coffee filters are another of the restaurant's most celebrated dishes.

Greenville also hosts the annual Delta Hot Tamale Festival every fall, making it a great destination for those not interested in taking a road trip to taste hot tamales.

Featured image by (Photo courtesy of Southern Foodways Alliance for The Points Guy)
Editorial disclaimer: Opinions expressed here are the author’s alone, not those of any bank, credit card issuer, airline or hotel chain, and have not been reviewed, approved or otherwise endorsed by any of these entities.