"The ultimate gift." Remembering the Miracle on the Hudson 13 years later

Articles
Clint Henderson is the managing editor for news at TPG. He worked in TV news for 20 years, including stints at ABC, MSNBC and Fox, before landing his dream job. Send tips to Clint.Henderson@thepointsguy.com.
Follow
Jan. 15, 2022
•
5 min read 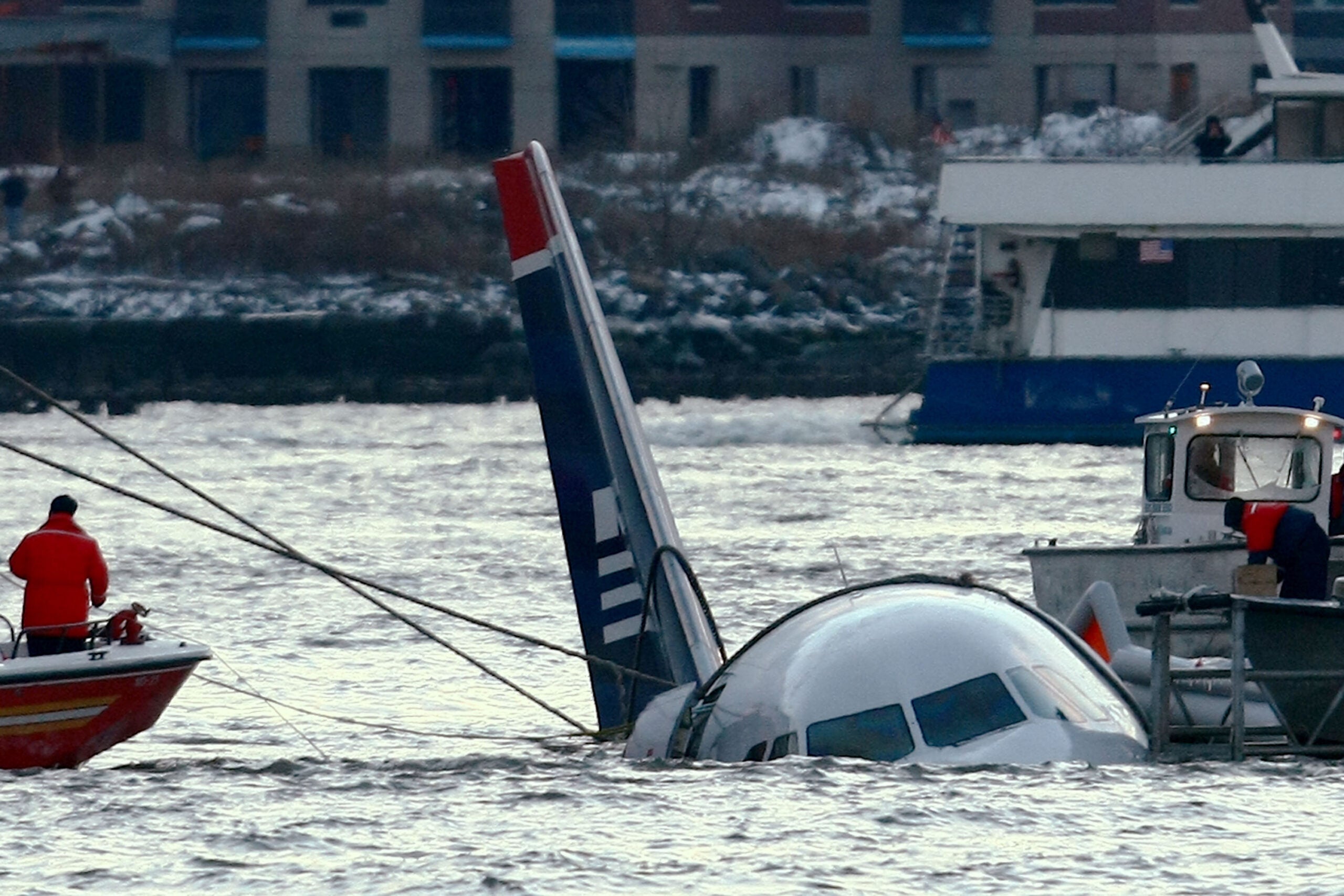 It was a bitterly cold day on the Hudson River on this day 13 years ago.

That's the day a true miracle of piloting skill and luck came together as US Airways flight 1549 had a bird strike and made an emergency landing on the Hudson River with no loss of life.

Capt. Chesley “Sully” Sullenberger was piloting the Airbus A320 when he hit a flock of geese just after takeoff on the flight to Charlotte. The plane lost both engines and Sullenberger and his co-pilot Jeff Skiles were able to essentially glide the plane onto the river's surface and keep it floating until the passengers and crew could be rescued.

It's since been rightly described as the "Miracle on the Hudson."

Among the 155 souls on board? Ric Elias: co-founder and CEO of Red Ventures, TPG's parent company.

Here's a look back at some of our most interesting stories in the aftermath of the flight.

The reunion of a lifetime

One of our favorite meetups out of all the TPG Awards events was when Red Ventures founder Ric Elias got to meet Sullenberger and shake his hand as we approached the 10th anniversary of the crash.

Elias and Capt. Sully had not seen each other since the close call, but they were reunited at the inaugural TPG Awards in 2018. The awards were held on the Intrepid Sea, Air & Space Museum that is berthed on the very same Hudson River. Sullenberger was being honored with The Points Guy Hero Award.

"I waited for this moment for 10 years," Elias said when the two ran into each other on the award show red carpet. "I always wondered what would I say? 'Thank you' seems completely inadequate, and 'I love you' seems inappropriate. When someone gives you a second chance at life ... maybe English will come up with a new word for it."

Here's the link to our story.

Related: Red Ventures co-founder Ric Elias tells the story of surviving in the "Miracle on the Hudson."

What good training can do

Sully also made the list from a story back in 2019 recapping how pilots prepare for the worst possible outcomes, including dual engine failure.

Related: What happens when a pilot loses an engine?

“I remember vividly my first three thoughts: ‘This can’t be happening!’ Having read about accident flights before, I know a very common, very typical thought rooted in disbelief. Followed immediately by ‘This doesn’t happen to me!’ And the third thought was more of a realization that, unlike all the other flights, this one probably would not end on a runway with the aircraft undamaged.”

You can read more about that here.

On Friday, Jan. 15, 2022, we learned the Carolinas Aviation Museum, in the middle of a major overhaul and expansion, is getting a new name.

The Smithsonian-affiliated museum, based in Charlotte, will reopen in 2023 under the new name which will be unveiled later this year.

Another of our favorite stories about the anniversary?

A hashtag that sprang up around the 10-year anniversary of the crash, "The Carolinas Air Museum tweeted that the hashtag was a celebration of the “national feeling of hope” that arose after the event. Users quickly took to Twitter to share their own personal experiences, as well as memories of the day.