Mardi Gras is back: Tradition, parades and pickles 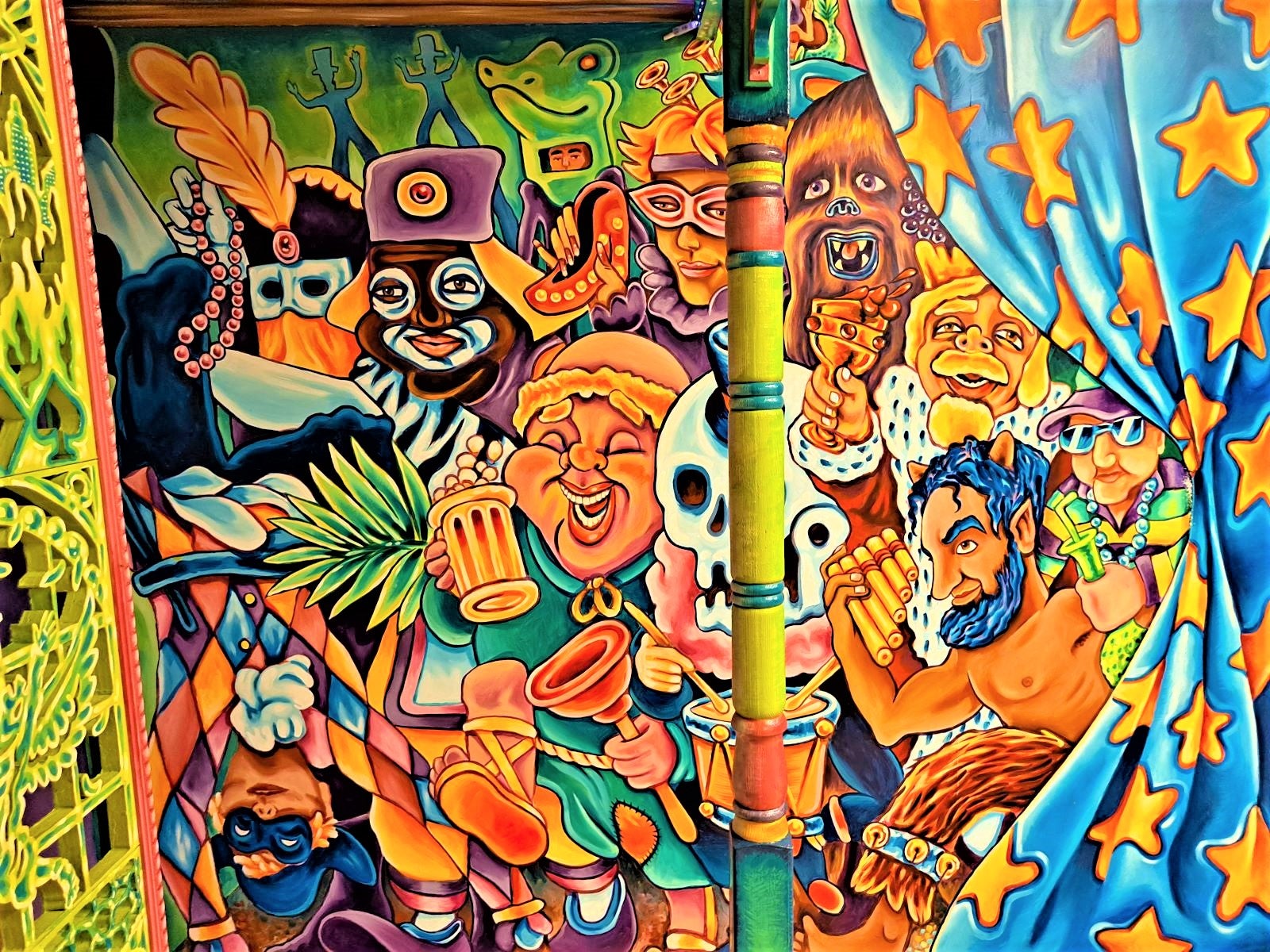 There are so many reasons to fall in love with New Orleans: the music, food, architecture, neighborhoods, people and atmosphere. Mardi Gras captures the vibrance and heart of the Big Easy.

After the coronavirus began rapidly spreading in and around the city shortly after Mardi Gras 2020 festivities, city officials opted to cancel Mardi Gras 2021 activities to discourage visitors from coming to New Orleans in the midst of a lockdown.

But with COVID-19 case numbers down and the world beginning to reopen again, the city brought back Mardi Gras 2022 — parades, floats, beads and large crowds included — and it was bigger than ever. To say this year's celebration was memorable would be a massive understatement.

From parades with larger-than-life floats to concerts with quirky costumes, here's a look at everything I enjoyed during Mardi Gras 2022.

Lundi Gras' Proteus and Orpheus Parades, a prequel to the main event

While festivities start in January nearly two months before Mardi Gras, I zeroed in on the week of the main celebrations for this year's event.

To kick off Mardi Gras 2022, I staked out a spot at the southern end of the French Quarter by the Residence Inn New Orleans French Quarter Area/Central Business District (where I was staying) on Lundi Gras (the day before Mardi Gras Day) to watch the Proteus parade.

An evening parade organized by the Krewe of Proteus (one of more than two dozen groups that organizes a parade every year for Mardi Gras), this Lundi Gras event was a feast for the eyes. The krewe, which is named after the Greek mythological figure with ties to the sea, is known for its impressive aquatic-themed floats.

There were also various marching bands from schools throughout New Orleans to watch in between floats. Listening to these talented young musicians was a highlight for me; the music they made was far better than any beads I received.

Once the Proteus parade wrapped up, I stuck around for the Orpheus parade.

Orchestrated by the Krewe of Orpheus, a name that draws inspiration from the musically inclined figure in Greek mythology, this parade focused on, you guessed it, music. Singer and actor Harry Connick Jr. (one of the krewe's founders) made a royal appearance on the float.

Another highlight was the Smoking Mary, a long locomotive float composed of six separate parts.

The 610 Stompers, the first all-male dance troop in New Orleans, really pumped up the crowd with their synchronized dance moves, too. The choreography paired with songs by icons like Dolly Parton was just as awesome as it sounds.

Quintron and Miss Pussycat: A concert just as confusing as it was captivating

Following the end of Lundi Gras' two parades, my friend and I headed to One Eyed Jacks (a new location for the venue on Decatur Street) to catch a concert headlined by Quintron and Miss Pussycat, two local artists who regularly perform together around the city. This was far from your typical concert, though.

Concertgoers donned their Mardi Gras best (think: leopard print, sequins and elaborate headpieces) and danced for hours as Quintron performed under the stage name Bobby Mardi Gras alongside Miss Pussycat and others dressed as pickles.

1 of 4
Quintron and Miss Pussycat at One Eyed Jacks in New Orleans. (Photo by Liz Ramanand/ThePointsGuy)
0
1
2
3

The upbeat sound and keyboard-driven tunes were contagious, and I quickly found myself wrapped up in the moment forgetting about the oddity of what I was observing. It's no wonder this annual Lundi Gras tradition is a local favorite.

With a couple of hours of sleep under my belt the next morning, I headed to the corner of Jackson and South Claiborne avenues in the Central City neighborhood to watch the Zulu parade, the first of several that occur on Mardi Gras Day (aka Fat Tuesday).

Put together by one of the city's oldest groups, the Krewe of Zulu, the Zulu parade paid homage to the Zulu people of South Africa. Participants wearing face paint and elaborate feather attire interacted with the crowd while making their way along the parade route.

Instead of the typical Mardi Gras beads thrown during other parades, the Zulu parade featured a mix of hand-painted medallions and coconuts with different Zulu-themed designs. One of the best catches I made was of a meticulously decorated medallion featuring a Zulu warrior.

A Mardi Gras to remember

Once the Zulu parade finished, I found myself craving a New Orleans staple: beignets. So, I made my way to the beignet capital of New Orleans, Cafe du Monde, to get my fix.

As expected, the beignets (which I washed down with an iced chicory coffee) were the perfect sweet treat to help me refuel after a busy 24 hours.

While munching on the fluffy, powdered sugar-dusted concoctions, I couldn't help but reflect on my time in the Big Easy, unaware until that moment of just how much I needed this trip. It was the first time in years that I felt like I was enjoying a normal vacation very much like pre-pandemic travels. I'm sure that feeling would be even stronger now that the city has lifted its mask mandate for indoor and public spaces.

Related: Travel is back in a big way as COVID-19 appears to be entering endemic stage; Why I'm still nervous

It's no secret that New Orleans embraces its "Laissez les bons temps rouler" (or “Let the good times roll”) mantra, especially during Mardi Gras. No matter what your reason is for visiting, odds are you'll have an incredible time.

Although I'm not even two weeks into my absence from the city, I'm already eager to plan my next trip back.

Related stories
Chasing elite status on Alaska Airlines? A flight to California this fall could help
Flights to Auckland starting under $700 round-trip
The ultimate guide to earning elite status with United cards
American Airlines forgot it had landing slots at JFK. Then it lost some of them
Featured image by Mardi Gras Krewe Mural at JamNola. (Photo by Liz Ramanand/ThePointsGuy)
Editorial disclaimer: Opinions expressed here are the author’s alone, not those of any bank, credit card issuer, airline or hotel chain, and have not been reviewed, approved or otherwise endorsed by any of these entities.