Last one standing at the carousel: Here are your odds of your bag being delayed or lost

Articles
Cynthia Paez Bowman is a data reporter for TPG. As a digital nomad, she knows how to find good coffee and a data hotspot anywhere in the world.
Follow
June 09, 2022
•
10 min read 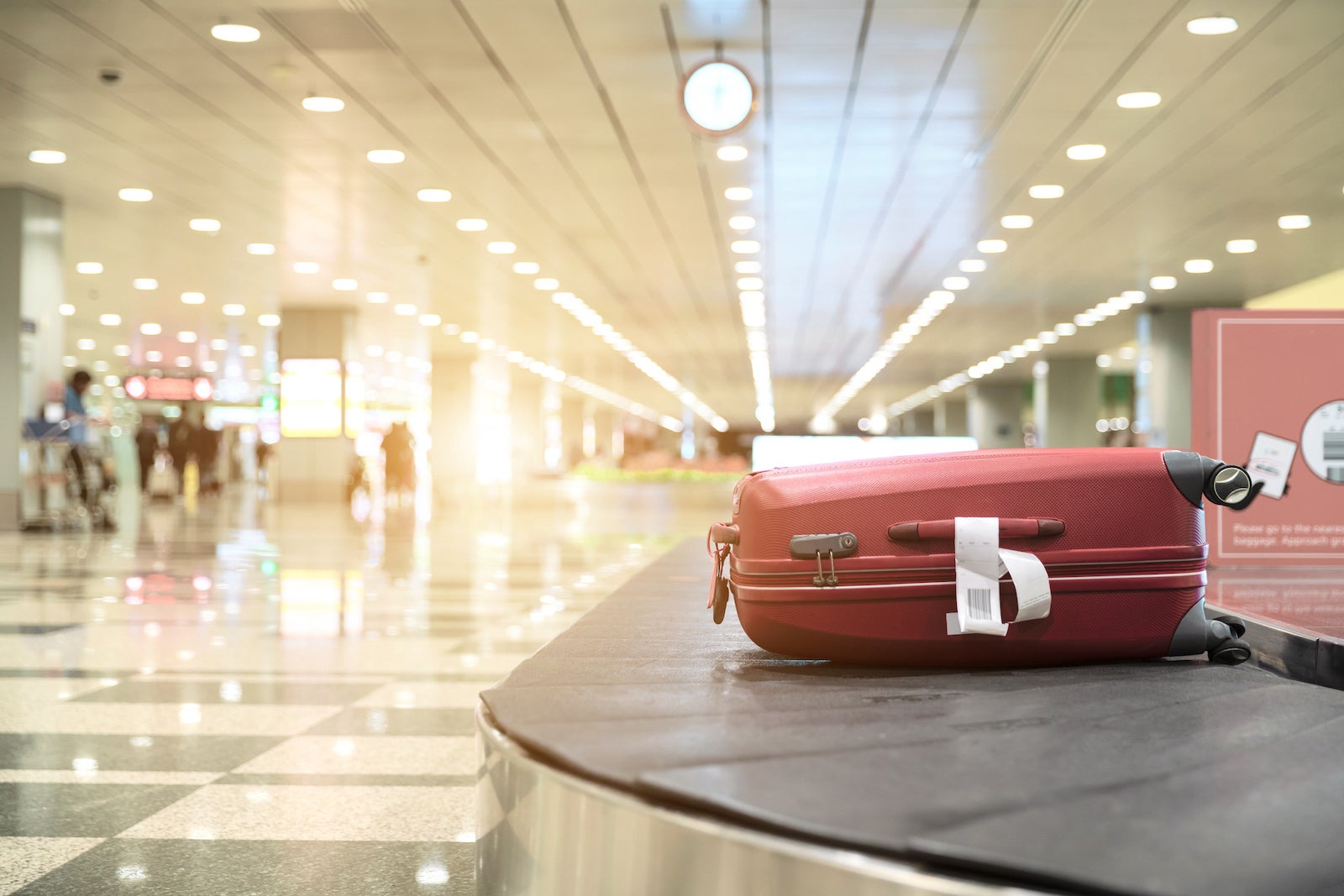 Waiting for a checked bag that never makes it onto the carousel at arrival is one of the most dreaded parts of flying. More than 684,000 bags were mishandled in the first quarter of 2022, according to data from the Air Travel Consumer Reports published by the Department of Transportation. That’s roughly seven bags out of every 1,000 handled that are earmarked as lost baggage.

Based on the same data, American Airlines lost luggage complaints are the most common, at nine bags per 1,000 in 2022.

We took a deeper dive into these statistics to provide a better understanding of how often airlines lose luggage — and which carriers are the most and least likely to lose bags. We looked at both the mishandled baggage data from the Air Travel Consumer Reports and other publicly available data.

What counts as mishandled baggage?

The Bureau of Transportation Statistics defines mishandled bags as items that are "lost, delayed, damaged or pilfered."

Whenever an airline takes custody of belongings such as bags, strollers, car seats, golf equipment, surfboards, wheelchairs and scooters, they are all considered baggage.

While airline policies on delayed versus lost baggage can vary, in most cases, bags that don't arrive with you at your destination are considered delayed until the airline officially declares them lost, which typically occurs between five and 14 days after arrival.

The DOT still recommends you file a baggage complaint with the airline as soon as possible to expedite the process of (hopefully) finding your bag or being compensated for any items that are lost.

The mishandled baggage numbers in this report are based on customer complaints. This report also excludes the smallest carriers. Domestic flight operators that have at least .5% of the total domestic passenger revenues are the only carriers required to report data around mishandled bags, according to the Air Travel Consumer Reports.

Looking only at the data from January and February of 2022 doesn’t paint the whole picture. So, to smooth out bumps from weather or seasonal events that may affect some airlines more than others, we’ll use a rolling average from the past 12 months. The chart below shows data from April 2021 to March 2022, as well as for the previous 12 months to that, for comparison. The results are nearly the same, but the numbers are slightly different.

With more travelers flying again after the worst of the pandemic, there's been a 60% increase (from an average of 3.5 to 5.6 bags per one thousand enplaned) in mishandled baggage. Some airlines struggled more with baggage operations than others. Alaska had more than double the mishandled bag complaints compared to the previous 12 months, while Delta nearly doubled the rate.

Based purely on the data, Allegiant, Hawaiian and Frontier are the airlines that best handle checked bags. However, when you set aside other factors like Allegiant not having flight connections (which reduces the airline’s odds of delayed or lost luggage) and Hawaiian operating in good weather for most of the year (also lowering the chances of mishandled bags), there is one airline that stands out for being reliable: Southwest.

Why Southwest comes out on top

Because of Southwest's generous baggage policy, which allows each traveler to check up to two bags for free, the carrier handles five times more bags than Allegiant, Hawaiian and Frontier combined (nearly 110 million bags in the last 12 months and almost 16 million in the first two months of 2022).

Despite this high checked bag volume, plus other factors like foul weather and flight connections, Southwest pulls through most of the time. It's why TPG ranks Southwest as the best airline for checked luggage.

How the 4 biggest airline carriers compare

Your mishandled bag odds by airline

For the occasional flyer, filing a mishandled bag complaint may be a once-in-a-lifetime incident, though you're more at risk of dealing with lost bags with American, Alaska, United, JetBlue and Delta. If your bag has been recently delayed, damaged or lost, chances are it would take at least another 100 flights before you encountered another mishandled bag issue.

Your mishandled bag odds by flight

Another way to look at delayed, lost or damaged baggage odds is by flight capacity. Every day, 2.9 million airline passengers take 45,000 flights, according to the Federal Aviation Administration. That’s an average of 64 passengers on each flight, meaning passengers — even on airlines with bag service issues — will likely be able to take a few flights before needing to file a mishandled bag complaint.

Consider this, American Airlines mishandles 1 in 126 bags. But its capacity on the popular Boeing 737 is 172 passengers. Granted, not every passenger checks a bag – in fact, most don't. But this gives you a sense of how frequent bags can be lost or damaged.

Even one mishandled bag complaint is a major inconvenience, especially when you consider the expense of checking baggage, which typically costs anywhere between $30 and $200 per item. Fortunately, it appears checked bag fees help reduce the chance of dealing with lost baggage.

When comparing available airline revenue figures for checked baggage and historical trends in mishandled bags since airlines started charging fees for baggage in 2008, it's clear that the two are connected.

Airline baggage revenue nearly tripled once fees were implemented, with the airlines collecting more than $1 billion in fees in 2008. Mishandled baggage complaints began to drop the same year — and have been lower ever since. Southwest is the outlier since the carrier has never charged for baggage. As checked bag revenue increased, the number of mishandled bags reported for all airlines decreased.

What to do if an airline loses your bag

If your checked items are missing or damaged, call or head to the airline’s baggage office to file a complaint as soon as possible. In the case of delayed or lost baggage, you’ll need to describe the missing item(s). If you had the foresight to take a photo of your baggage or added distinctive accessories that could help an ordinary black bag stand out from others, such as colorful bag tags, straps or ribbons, your chances of the bag being found may be better.

Airlines are required by the DOT to compensate flyers for pilfered, damaged, delayed or lost luggage. The maximum DOT liability amount you could receive to cover the cost of items lost or damaged is $3,800 for domestic flights and roughly $1,780 for international flights. However, assistive devices that aid a disabled person do not have regulation limits and must be reimbursed for the original price.

For additional advice on mishandled, lost or damaged baggage, check out these TPG stories: