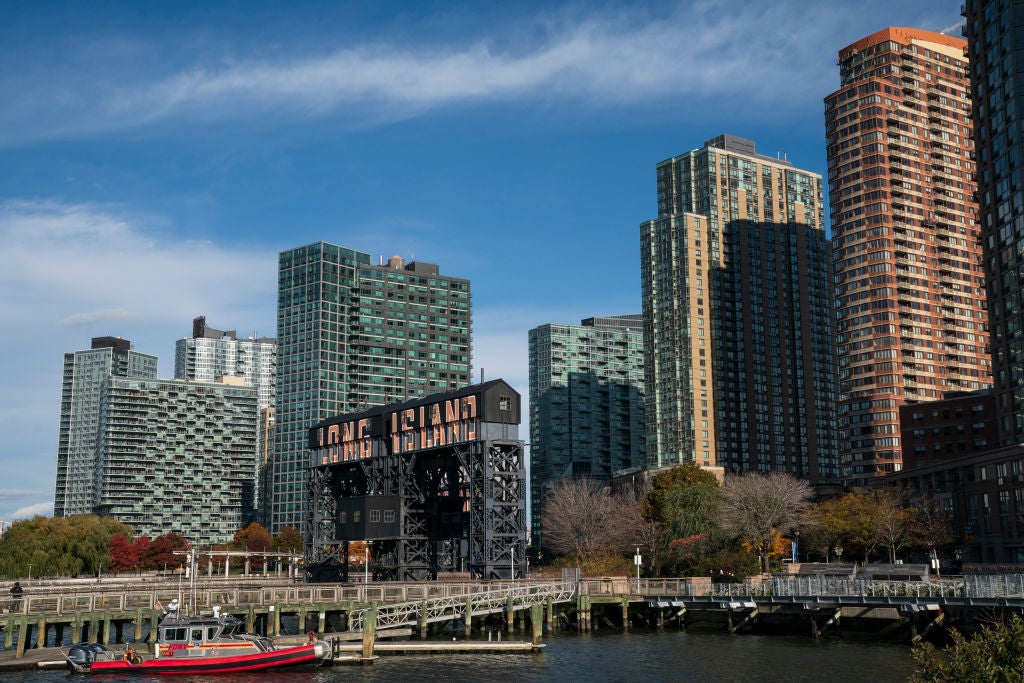 No one is entirely certain about the impact that Amazon’s HQ2 location in Long Island City in New York City's Queens borough will have on airlines, local airports and hotels, but the ramifications are likely to be substantial.

The concern of residents who fear overcrowded subways, rising rents and choked roadways has already been saturating the media. In the few short weeks since the announcement, protests across the city opposing the plan have been growing.

But will Amazon’s arrival improve the fortunes of LaGuardia (LGA), the airport that Vice President Joe Biden likened to landing in a Third World nation? Will it provide the impetus for increases in flights, ease congestion and hasten the long-awaited direct rail service to LGA? Will there be significant new growth in hotels to accommodate Amazon employees and others traveling for business to the west Queens neighborhood and vicinity? (LaGuardia's renovation is ongoing, and renovated terminals are a far better experience than the existing ones.)

“I do believe over time adding thousands of jobs, potentially reaching 25,000, will have an impact on business and air travel, primarily for LaGuardia, but some for JFK," said Henry Harteveldt, an analyst at Atmosphere Research, an advisory and research group focusing on the global travel industry. “The impact will be greater on hotels in Long Island City and other parts of Queens as Amazon is building up and a lot of people start traveling in.”

One major change at LaGuardia Airport that Amazon could bring is the relaxation of the perimeter rule. The rule allows the airport to only offer domestic flights of up to 1,500 miles, and LaGuardia is the busiest airport in the United States without direct flights to Europe. (Flights to Denver from LGA, which are just above 1,500 miles, are exempt from the rule.)

Robert Mann, an airline analyst and consultant, told TPG that there is a “reasonable expectation” that as the airport terminals are improved, the Port Authority of New York and New Jersey, which governs the area's airports, will make exemptions to the perimeter rule as a way to allow for direct routes from Seattle (SEA) to LGA, to allow a direct connection between Amazon's main offices and its second headquarters. If exemptions to the rules aren’t made, it will be New York-JFK and, to a lesser degree, Newark Liberty Airport (EWR) that will capitalize on the increased demand, by adding more flights.

Harteveldt believes Delta and Alaska Airlines are the carriers that are best positioned to carve out perimeter-rule exemptions.

“The big winner will be Delta,” Mann said. “They sort of won the battle 10 years ago consolidating their position at LaGuardia. With Amazon, they’ll be in a position to deliver additional revenue.”

He said Amazon’s decision to build its second HQ2 headquarters in northern Virginia is a win for Delta’s daily nonstop shuttle service from LGA to Ronald Reagan Washington National Airport (DCA), as demand is likely to increase.

Tied to the Tracks

Amazon’s arrival may still not be the Holy Grail for the long-awaited train to LGA, according to Mann. An AirTrain that would connect to subways and provide direct access to LaGuardia, like JFK has, is still years away from becoming a reality.

“New York is one of the few major cities that doesn’t have fast, affordable and reliable direct rail service to two of its key airports,” Harteveldt said

Mann isn’t betting that Amazon will change that anytime soon, and added that New York Gov. Andrew Cuomo’s prediction of an AirTrain by 2022 is wildly optimistic. The AirTrain, which Mann referred to as the “third rail” of New York City transit, would whisk commuters to LaGuardia in under 30 minutes, connecting to the Mets-Willets Point station, where riders could then take the subway or the Long Island Railroad.

Critics say that environmental reviews, potential conflict between the Port Authority and the Metropolitan Transportation Authority, construction costs and logistical problems could all fuel years of delays.

Though Amazon HQ2 may not be enough to accelerate direct rail access, it will likely increase the number of hotel choices in Long Island City and surrounding areas. Harteveldt and Mann also see a big opportunity for Airbnb to cash in.

“Hotels and home-sharing services certainly have a potential for obvious growth,” Harteveldt said. “The only way that doesn’t’ materialize as expected is if Amazon’s corporate travel policies are so draconian that they insist on very inexpensive hotels. I don’t believe that’s the case.” (Starting January, however, Airbnb hosts will have to deal with stricter regulation in the city.)

Even before the Amazon announcement, there had been a boom in Long Island City hotel growth since 2010, according to data from STR, a Tennessee-based company that tracks supply and demand for the global hotel industry.

“Long Island City remains by far the largest hotel district in Queens," said a New York City hotel market analysis published by the city's Department of Planning in 2017. “Demand in this neighborhood is generally driven by proximity to Manhattan and access to multiple subway lines. As recently as 2010, there was only one major hotel in all of Long Island City and a group of smaller midscale and economy hotels clustered in Dutch Kills.”

Jan Freitag, a senior vice president for STR, which wrote the analysis, said that the Long Island City hotel market has had a solid year, and that Amazon’s arrival should drive a “healthy hotel market” in the future. The neighborhood has mostly small box hotels with 200 rooms or fewer, but there's potential for larger full-service hotels, depending on demand for additional meeting rooms and ballroom space.

The East River Queens market that includes Long Island City saw 7.8% growth in hotel-room capacity since 2017, compared to 4.5% growth in Manhattan. According to the 2017 Department of City Planning report, Long Island City has a total of 2,980 rooms, with 30 hotels under construction and 11 hotels in preconstruction.

New Kid on the Block

Hotel developers may have reason to celebrate Amazon’s arrival, but many residents of Long Island City are angered and concerned about how HQ2 could make their lives harder.

Erin Kulick, an LIC resident and veterinarian who is part of a veterinary practice in the neighborhood, opposes the project.

“Rents are going to go up, parking is disastrous,” she said. “I don’t know how we’re going to accommodate the extra people. The city already isn’t keeping up with the rising population. We were blindsided.”

Kulick fears that she and her husband could face a significant rent increase in April that could force them out of the neighborhood. She said the city should give middle-class renters a tax break to help cushion the blow.

Harteveldt said Amazon’s impact on the neighborhood will be more substantial than the impact on air travel. And residents will have to hope that Long Island City gets additional access to public transportation once HQ2 is in place, according to Mann.

“Ironically, the East Side Access project [currently under construction] that allows Long Island Railroad commuters access to Grand Central Terminal is going to go right under Long Island City," he said. "Maybe the city can spend $5 billion to bore another hole and make an LIC stop.”