There’s a Twitter storm right now about COVID-19 testing at Las Vegas Airport, but it’s not what you think 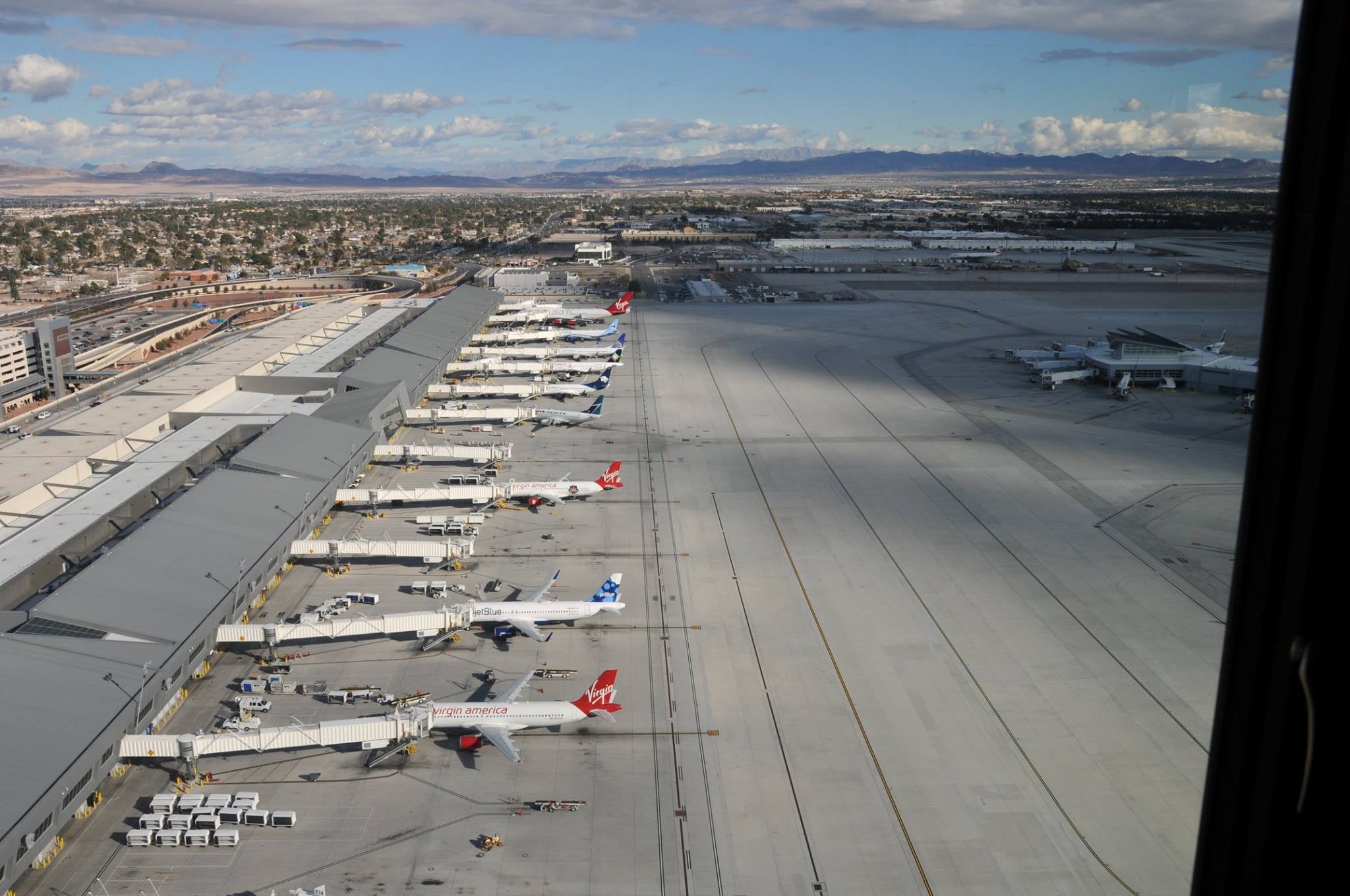 Inbound passengers from Las Vegas to the United Kingdom were in turmoil this weekend after many were unable to board their flight due to confusion around pre-departure testing requirements.

Being turned away from your flight is every passenger’s nightmare right now and this became a reality for many this weekend when attempting to check in to their BA274 flight from Las Vegas McCarran International Airport (LAS) to London Heathrow (LHR).

According to passengers TPG UK has reached out to, some were turned away from their flight this weekend after discovering they did not have the necessary pre-departure COVID-19 testing documentation to board.

The confusion was further heightened after a handwritten sign was placed in the airport that claimed "at home or online testing" would not be accepted for travel — something which contradicts official guidance from the U.K. government for pre-departure testing.

A number of passengers were told by staff that they could not check in after not being able to provide certified proof of a negative COVID-19 test result. This is despite many having taken at-home antigen tests pre-departure. However, the tests themselves would appear to have not been valid for travel as they did not also provide a certificate for travel.

Passengers involved told TPG they had taken at-home tests, but did not also provide the required documentation for proof of a negative result ahead of travel.

Some of these passengers were left with no other option but to pay an additional $200 for testing that would provide them with a certificate.

There are also reports that some of the BA staff in the airport were unaware of the Verifly app and its acceptable use for sharing COVID-19 travel documents when checking in. Some employees refused to accept it. We haven't been able to substantiate this; however, we do know of passengers that did manage to use their Verifly app without hiccups to fly to LHR this weekend from LAS.

So what caused the confusion?

This is twofold. The first issue was a misleading sign that appeared at check-in that claimed at-home and online testing wouldn’t be accepted for travel. This is only correct if your at-home test is an unobserved antigen test, or wasn’t processed in a lab which would then provide the relevant documentation following a negative result (like a QR code or downloaded letter document).

Related: Visitors to the UK must take a second-day test

TPG UK has reached out to British Airways, which confirmed that the handwritten sign was put in place in error by a third-party ground handling member of staff used by the airline. Once the airline became aware of the mistake the sign was removed and is no longer there.

British Airways said: "Like all airlines, we ask customers to check the gov.uk website for information on testing. We apologize to customers for the confusion, but we are following the government’s requirements and accept customers with valid testing documentation for travel."

BA has also said that any passengers unable to board their flight should contact them directly and they will discuss alternative options for returning to the U.K.

This leads us nicely into the second cause for confusion: the frankly awful user experience on the official U.K. government website where it lays out COVID-19 travel advice.

Many passengers were left under the impression that the website does not outline that a certificate is required to prove your COVID-19 test was negative. In some instances, passengers believed that they were able to bring their negative lateral flow test with them as proof.

This is due to the first page most people visit via search engines, which shows the below information.

The additional link labeled "Read more about taking a COVID-19 test before you travel to England" takes you to an additional page with further details around pre-departure testing requirements. This section of the site more clearly outlines the types of documentation that you are required to have to prove you are OK to travel.

The U.K. government was similarly criticized recently for lack of clarity and bad communication last week when two-day PCR tests were announced for arrivals after the information on the government website contradicted advice provided by their social accounts and that of health minister Sajid Javid.

For clarity, if you are a non-EU resident or a U.K. citizen, you must provide proof of your negative COVID-19 test result before you travel to England. If you arrive in the country without this proof you could face a fine of up to 500 pounds ($660).

Accepted test results can be provided as a printed document, as an email or as a text message that you can show on your phone.

Any result should contain:

Traveling right now involves a gauntlet of checks and testing requirements. It’s imperative that when you travel you do as much research as you can, and fully read the government website’s COVID-19 advice pages.

Due to the pace at which new rules and regulations are brought in, many of these websites do not always have clearly identifiable hyperlinks or clear bullet-pointed breakdowns of what is needed. As such, crucial information can be easily missed. For further details, check out our five things you should know about the current testing requirements for visiting the U.K.

And don't forget TPG's complete guide to each country's rules for entry, which can be found here.

Featured image by The Ramp at Terminal 3 at Las Vegas Airport (Image via Las Vegas-McCarran Airport on Facebook)
Editorial disclaimer: Opinions expressed here are the author’s alone, not those of any bank, credit card issuer, airline or hotel chain, and have not been reviewed, approved or otherwise endorsed by any of these entities.