Articles
Mike Arnot is the founder of Boarding Pass NYC, a New York-based travel brand and a marketing consultant to airlines. A private pilot, he can sometimes be found above the skies of New York City.
Follow
May 05, 2018
•
5 min read 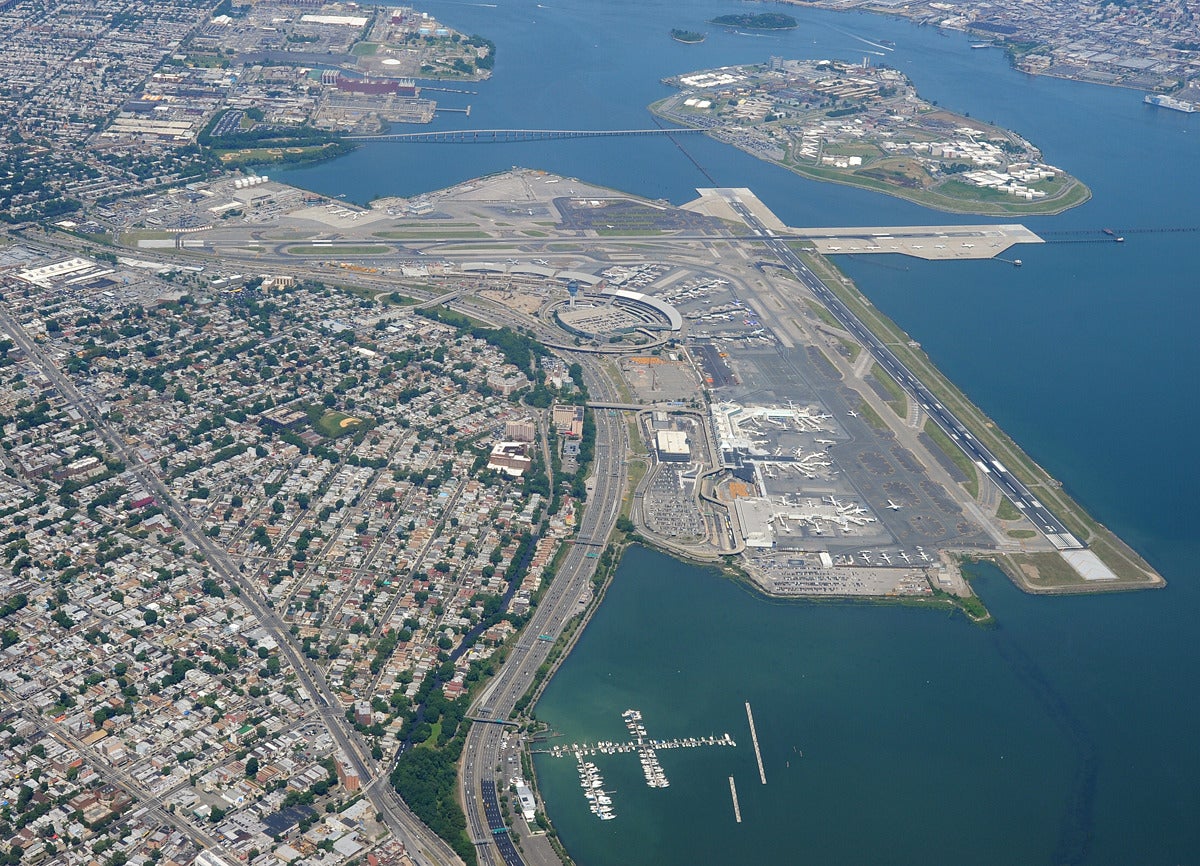 LaGuardia's First New Island Concourse Is Coming This Fall
This post contains references to products from one or more of our advertisers. We may receive compensation when you click on links to those products. Terms apply to the offers listed on this page. For an explanation of our Advertising Policy, visit this page.

Passengers will soon enjoy a new concourse at LaGuardia Airport, the first major building unveiled as part of the significant modernization at the much-maligned facility. As early as November 2018, flyers will transition from the existing "A" gates at LaGuardia's Terminal B to the brand new “island” Concourse B. This is the first so-called airside renovation at LaGuardia to be opened to the public since the Terminal B parking garage.

In late fall, Air Canada, Southwest, and United Airlines will move into the concourse depicted below in green.

The airlines will abandon the current “A” gates on the far east side of the main terminal building, near the Au Bon Pain café. Frequent flyers will know these gates are always overflowing with passengers, in tight quarters, and with Auntie Anne’s as a depressing food option. Air Canada’s gates in particular are unbecoming of a leading North American airline in a prime business destination.

Air Canada’s new Maple Leaf lounge is expected to open on day one, said Richard Smyth, Project Executive for the Port Authority of New York and New Jersey (PANYNJ), which owns and manages the terminal. United’s arrival and opening of the lounge will be a little later, as they are the last to vacate the existing A gates.

“The new concourse will be a taste of what’s to come for the whole terminal,” said Smyth.

In the meantime, passengers will continue to brave the Terminal B check-in counters. After passing through security, they’ll walk down a “nice and air conditioned” temporary walkway to this new island concourse from the existing Terminal B building depicted below. For now, the walkway will continue at surface level, Smyth said.

By 2020, the surface-level walkways will be replaced with an above-ground walkway. This will be similar to JFK’s Terminal 5,800 foot walkway to the Air Train and Parking. Mercifully, the LGA bridges will be significantly shorter, at 340 feet. (Smyth has experience here; he was the commercial real estate lead for JetBlue, when the airline built JFK's Terminal 5). The over-the-tarmac walkways seen in the renderings below come online in 2020.

The genius is that airplanes will pass underneath the walkway. The immediate benefit will be more than two miles of additional taxiways for airliners. The movement of planes on the ramp will be a timesaver and help the airport battle frequent delays. This is significant for an airport that is only one square mile. By comparison, JFK is about eight square miles, and Denver (DEN) is a whopping 54 square miles.

Why not build the walkways underground, like at most airports? Smyth said the subsurface conditions at LaGuardia don’t lend themselves to this kind of tunnel. The water table is high, owing to the proximity of LaGuardia to the Long Island Sound. "And, it’s infill in the first place," he said. The walkways will provide great vantage points for AvGeeks and the Instagram-mad.

The opening of this first new island concourse should be a win for LaGuardia Airport and the Port Authority: passengers will get a sense that there is relief just around the corner at LGA.

Mike Arnot is the founder of travel brand Boarding Pass NYC, and a private pilot.

Correction: This post has been amended to remove a mention of the LGA walkway as "the first of its kind in the world." Several readers have observed that there are passenger walkways with airplanes passing under them at other airports, including Denver and Kuala Lumpur. They are right.

Featured image by Photo by Alberto Riva / The Points Guy