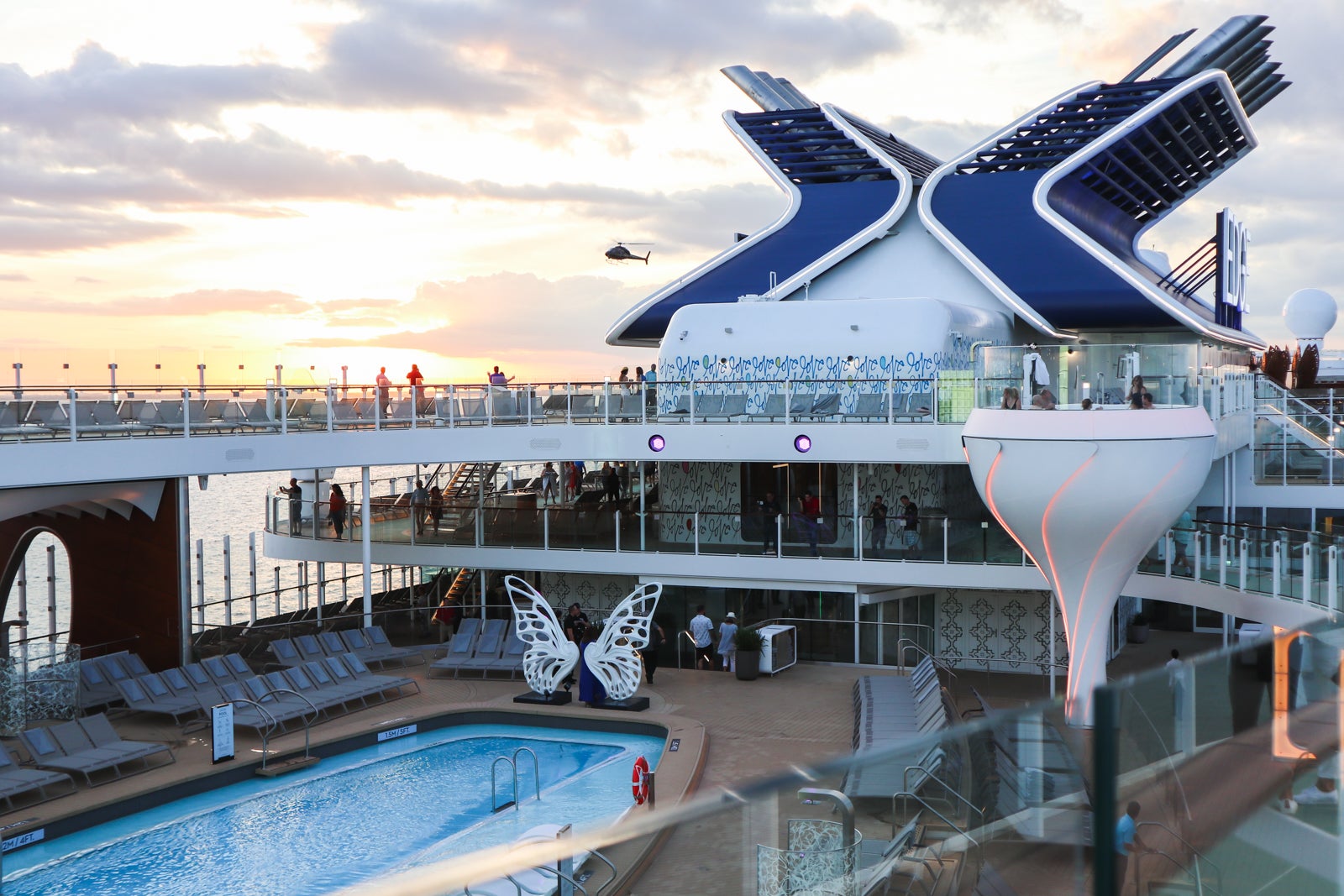 Your Kids Can Sail for Free With This New Cruise Deal From Celebrity
This post contains references to products from one or more of our advertisers. We may receive compensation when you click on links to those products. Terms apply to the offers listed on this page. For an explanation of our Advertising Policy, visit this page.

Thinking about trying a family cruise this year? You may want to pounce on the latest offer from Celebrity Cruises. Right now, they're offering free passage for up to three children who share a cabin with their parents.

The so-called Kids Sail Free promotion is available for select departures between April 1 and Dec. 31, when booked by April 3.

In addition to free passage for children ages 17 and younger, the line is throwing in up to $400 in instant savings per cabin. If you book by Wednesday, March 13, you'll also get an additional $200 per cabin in Book Now Bonus onboard credits. That can be put toward shore excursions, dining at specialty restaurants, or adult beverages and spa treatments for Mom and Dad.

Snagging one of the deals can add up to hundreds of dollars of savings for a family, if not more. As regular cruisers know, cruise lines typically price on a per-berth (not per room) basis. So even if you pack your kids into your room on pull-out bunks instead of getting them their own room, you normally still pay extra for them.

Just how good are the savings with this deal? At The Points Guy, we ran the numbers on a bunch of scenarios and found many cases where the total markdown came to well over $1,000. For a nine-night Pacific Coast voyage out of San Diego on April 8, for instance, the elimination of the cost for a third and fourth berth in an inside cabin would save a family of four nearly $1,400. For a family of four choosing a balcony cabin on a seven-night Caribbean sailing out of Miami departing April 6, the savings would be just shy of $2,200. And those numbers don’t include the instant savings and bonus credits.

Of course, there are caveats. Certain itineraries (Galápagos and transatlantic sailings, for example) are excluded. And children can’t be any older than 17 to qualify for the free fare. But families with older kids aren’t being left completely out of the deal, as the line is offering a 50% markdown on the cost of third, fourth and fifth berths in cabins if they are occupied by someone 18 or older. That means you can bring your eldest children — or even some friends (assuming you’re OK sharing a cabin with friends) — for half the normal cost.

The free-fare offer for children up to 17 is available for a wide range of room categories from windowless “inside” cabins to suites. The 50%-off part of the deal is only available for ocean-view staterooms or higher-level categories of cabins (no inside cabins) for most departures.

The deal is available across much of Celebrity’s fleet, including the newly unveiled Celebrity Edge.

Kids-go-free offers are rare at Celebrity, which isn’t as big with families as such lines as Royal Caribbean and Carnival. A Celebrity representative told The Points Guy it has been at least a decade since the line has offered a deal like this.

Before you make the booking, you’ll want to make sure you have one of the best credit cards for cruises out and ready. For cruisers, the Chase Sapphire Reserve and the Citi Premier® Card really shine.