Articles
Ben Mutzabaugh is the senior aviation editor and heads TPG’s airline coverage. Ben joined TPG in March 2019 after nearly 19 years at USA Today, where he launched the long-running, industry-leading Today in the Sky blog in 2002.
Follow
Nov. 12, 2019
•
7 min read 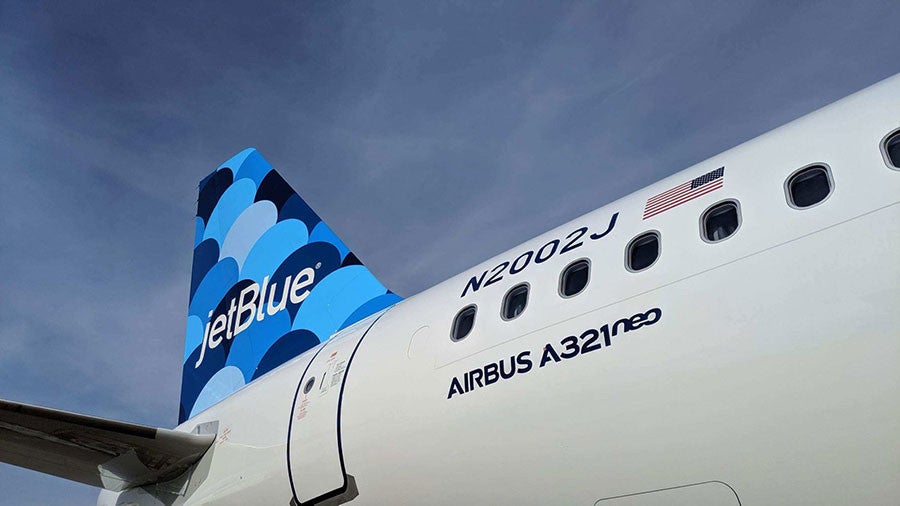 JetBlue rolls out 'Blue Basic' fares as it battles budget rivals
This post contains references to products from one or more of our advertisers. We may receive compensation when you click on links to those products. Terms apply to the offers listed on this page. For an explanation of our Advertising Policy, visit this page.

JetBlue is the latest carrier to add a basic economy fare, rolling out its new “Blue Basic” offering as part of a broader revamp of its fare structure.

JetBlue hopes the move will allow it to capture more price-conscious flyers for whom price is the chief concern when booking a flight.

"Our industry has come to a point where our customers feel they have to choose between an in-flight experience — a good one — and a low fare," JetBlue COO Joanna Geraghty told TPG. "Our focus with this Blue Basic fare is to show customers that you don’t need to choose between great service and low fare. You can have both."

The effort comes as ultra low-cost carriers like Spirit, Frontier and Allegiant have grown rapidly across the U.S. this decade. They're known for offering rock-bottom fares but charging extra for nearly everything beyond boarding a flight. Historically, these "ULCCs" have enjoyed an advantage against full-service airlines on online travel-booking sites, which often display the carriers with the lowest fares first — even if the difference is just $1.

Changes and cancellations will not be allowed, not even for a fee. Customers traveling on Blue Basic fares will forfeit their entire ticket cost if they do not travel on their originally booked flights.

Geraghty acknowledged that challenge, saying "oftentimes airlines such as JetBlue and other full-service operators are commoditized and are compared like-for-like with some of the ULCCs, and we’re far from it."

She said JetBlue believes if it can lure some of these price-conscious flyers with competitive fares, they'll be won over by the carrier's offerings that include free in-flight Wi-Fi, seatback entertainment and relatively spacious seating.

JetBlue’s new Blue Basic fare will give customers the carrier’s cheapest fare, but will offer a minimum of perks.

Checked bags are not included, though customers’ carry-on allowance will include both a personal item that fits underneath the seat in front of them and a larger item that can be stowed in the overhead storage bins — if space is available. Passengers flying on Blue Basic tickets will be the last group called for boarding. TrueBlue members holding the JetBlue Plus Card will still receive one checked bag for free, even at the Basic Blue fare.

Customers flying with a Blue Basic ticket also will earn fewer of JetBlue’s TrueBlue frequent-flyer points. Blue Basic tickets earn just 1 point per $1 of eligible fare. An online booking bonus adds another point per $1 spent if booked on JetBlue’s website. Those earning rates, however, are just a third of what customers would earn on the airline’s “Blue” fare that is positioned one level above Blue Basic.

JetBlue's Blue Extra fare is expected to roll out across JetBlue’s network on Tuesday. Blue Basic and the other tweaks will be phased in, starting in select markets before expanding across the carrier’s entire set of markets by early 2020.

JetBlue also is tweaking its other fare types as it adds the Blue Basic category, part of what Geraghty described as an “evolution” of the airline’s fare offerings that it first rolled out in 2015.

Gone is JetBlue’s “Blue Flex” fare type, replaced by “Blue Extra.” With the change, customers will no longer receive two complimentary checked bags as they did under the Blue Flex fare.

The carrier’s existing “Blue Plus” fare that included one checked bag will remain, but it will be relegated mostly to international markets in Latin America. That means most JetBlue customers will now have to pay to check a bag, unless they're flying in the Mint cabin or are from one of the "limited number of markets" that will retain Blue Plus. JetBlue's checked-bag fees begin at $30 for a first bag and $40 for a second.

Two of JetBlue’s other existing fare types — Blue and Mint — will remain with no changes.

Cancellation and change-fee rules also will not change for Blue, Mint and Blue Plus tickets. For JetBlue's new Blue Extra fare type, changes and cancellations will be permitted.

Related: Exciting new airline routes for October 2019 and beyond

Along with the revamp to JetBlue’s fare types, JetBlue customers also will earn fewer TrueBlue points on certain fares. None of the reductions are drastic, but they do represent a devaluation to current levels.

With the changes, here’s what the following fare types will earn:

Blue Basic: 1 point per $1 of eligible fare with an online booking bonus of 1 point per $1 spent, amounting to 2 points per $1 for fares booked at JetBlue’s website. Since this is a new fare type, there is no existing JetBlue fare type to compare it to. However, it earns only one-third of what JetBlue's previous lowest fare-type (Blue) earns.

Related: Snapshot: A look at JetBlue by the numbers

Featured image by The tail of JetBlue's first A321neo. (Courtesy of JetBlue)