Is Jerry Seinfeld the Reason That the Amex Black Card Exists?

Articles
Alyssa Cerchiai rounds up the top travel stories each week and covers news on the weekends. If you catch her at the airport, she’d happily guest you into the lounge as a proud authorized user of her dad’s Platinum Card by American Express.
Follow
July 12, 2018
•
6 min read 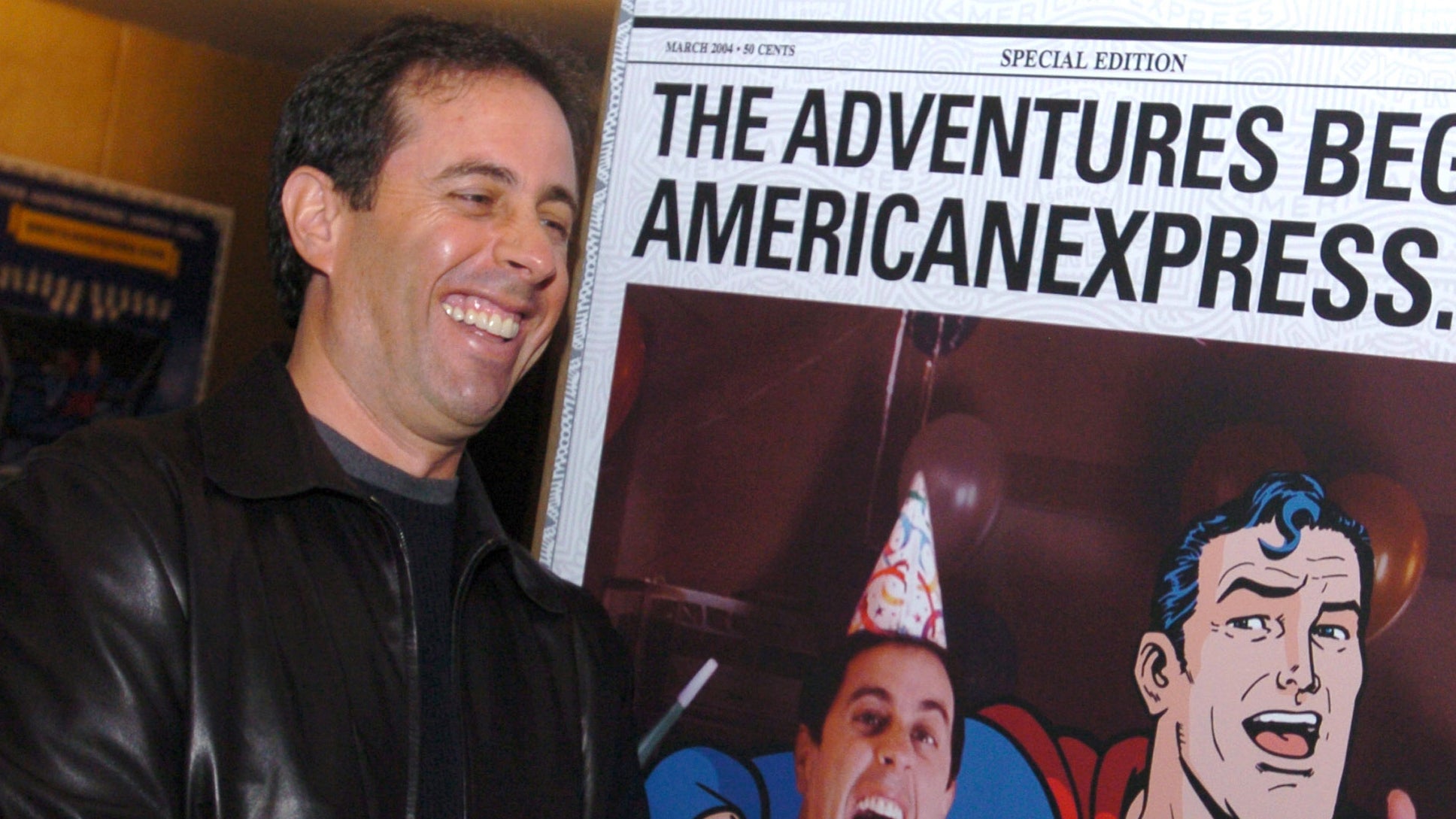 Is Jerry Seinfeld the Reason That the Amex Black Card Exists?
This post contains references to products from one or more of our advertisers. We may receive compensation when you click on links to those products. Terms apply to the offers listed on this page. For an explanation of our Advertising Policy, visit this page.

In a recent episode of Jerry Seinfeld's Netflix show "Comedians in Cars Getting Coffee" with guest John Mulaney, Seinfeld cracked open a can of worms that has long been a mysterious, yet tantalizing topic for credit card experts. His envy-provoking claim? That the American Express Centurion Card — also known as the Black Card — exists thanks to Seinfeld himself.

Owning an Amex Black Card is pretty much the highest honor you can achieve in the credit card world. You can't just apply for one of these bad boys — they are invite-only and come with extreme perks, along with a steep $2,500 annual fee. (TPG himself has the Business version.) We've got an extensive guide to all of the card's benefits, yet there are still some mysterious questions and urban legends surrounding the card: Who has it? How can you be invited? Is it delivered to your doorstep with security personnel and its own computer?

So you can imagine how much street cred Seinfeld is implying by saying he's basically the reason the card was invented, especially because sources contradict each other on the topic of the Black Card's conception... but we'll come back to that in a moment.

In any case, Seinfeld explained the story on his show after proudly whipping out the anodized titanium card to pay for a rug for his guest Mulaney. The story comes from the era in which Seinfeld was the main spokesperson for Amex — in fact, the anecdote starts on the set of an Amex ad. Here's exactly how Seinfeld claims that the Black Card came to be (minus a couple of "oohs" and "aahs" from Mulaney's end):

"I was waiting for [the crew] to move some cameras, and the crew guy comes up me, he says, 'You got the Black Card?' And I go 'No, what's the Black Card?' He says, 'There's only three in the world. The Sultan of Brunei has one, the president of American Express has one, and I thought you would have the third one.' Next morning I call the president of American Express. I go, 'Is there a Black Card?' He says, 'It's just a rumor. It doesn't exist.' He said, 'But you know what? It's not a bad idea.' And so they developed it, and they gave me the first one."

Now — don't get us wrong — it's a great story. However, we were curious to know just how accurate it is, especially since there are a few facts that might not quite jibe with this tale.

So we did a bit of digging. Our first goal was to clear up exactly what year the Black Card came out. Wikipedia claims the card debuted in 1991, while Snopes says it was 1999. Seinfeld began as a spokesperson for Amex in 1995, so depending on which version is correct, this single detail could completely invalidate his claim. Because if the Black Card was created in 1991, there's no way that Seinfeld was on the set of an American Express ad before even being an Amex testimonial. On the other hand, 1999 would fall right in line with the timeline of Seinfeld's story.

We reached out to Amex to reconcile the year, and the issuer confirmed that the card was launched in 1999, meaning it is in fact possible that Seinfeld was a component of its conception (and yet another reason not to trust Wikipedia).

But was he really? Since Amex was willing to answer a few questions, we also asked them directly about Seinfeld's anecdote as a whole. Here's what a representative told us:

"We cannot attribute the existence of the American Express Centurion Card to just one Card Member, as we take a great deal of customer insights and feedback into account when we develop our Card products, benefits and services."

This explanation is careful not to point to Seinfeld as the sole reason that the card was developed... yet it also doesn't rule him out as being a vital influencer in the development of the sought-after card.

But here's the thing: creating a credit card isn't an impulse decision. It takes time and resources to determine and work through what a card entails as far as requirements and benefits. It can take months or even years to negotiate the perks of a card, and this specific card is unarguably the most extensive one that Amex offers (the word "offers" is used lightly).

So despite all his power and glory, it's doubtful that Seinfeld was the only reason that the Black Card was developed. It's clear from his story that, although the card didn't physically exist when he first heard about it, it certainly existed as a concept in people's minds — from camera operators all the way up to the president of American Express. It's safe to say that, even if American Express wasn't actively considering it before Seinfeld brought it up, the thought of the card was one that even executives had toyed with.

As essentially the face of Amex at the time, Jerry Seinfeld was likely one of many high-earning Amex clients interested in getting an exclusive, brag-worthy card, all of whom influenced American Express' decision to bring the card to life. We may never know how great of a bearing he personally held over Amex to make it happen, but one more vital piece of information is still unconfirmed: Was Seinfeld in fact the very first Centurion cardholder? TPG has reached out to American Express, and the company said it cannot comment "due to privacy reasons."