Articles
Katherine Fan is a former senior travel features reporter at The Points Guy who covered everything from personal finance to travel and aviation.
Nov. 15, 2018
•
3 min read 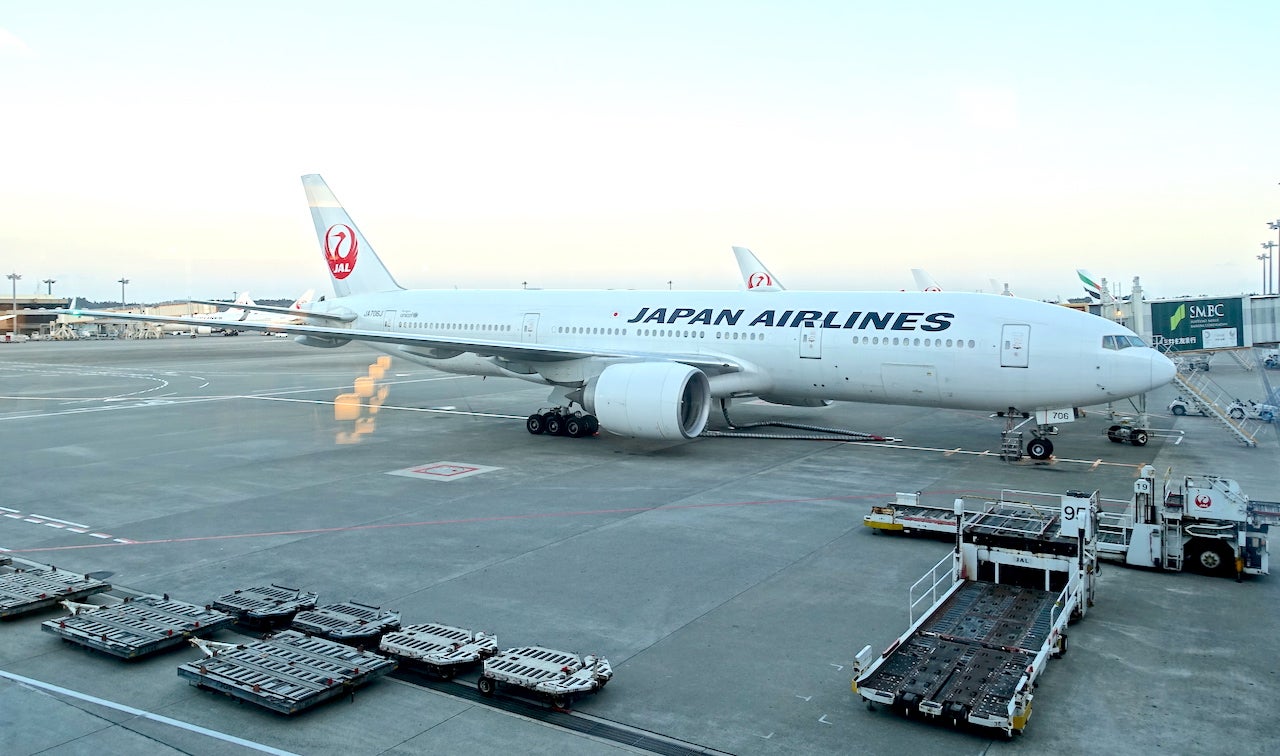 Japan Airlines Pilots Have Failed Breathalyzer Tests 19 Times in 15 Months
This post contains references to products from one or more of our advertisers. We may receive compensation when you click on links to those products. Terms apply to the offers listed on this page. For an explanation of our Advertising Policy, visit this page.

Japan Airlines (JAL) is facing a major crisis after airline pilots have failed breath-based sobriety tests 19 times in the past 15 months. Each pilot was found to have alcohol levels above 0.1 mg/L, according to a local newspaper.

“This puts a severe dent in [JAL's] reputation,” said Geoff Tudor, a Japan Aviation Management Research analyst based in Tokyo.

The most recent pilot scandal involved a co-pilot who was arrested at London’s Heathrow Airport on Oct. 29, just before he was scheduled to pilot a flight to Tokyo Haneda International Airport. His breathalyzer results showed his blood alcohol levels at 0.93 mg/L, more than 10 times the legal limit in the UK.

“We understand that this is a very serious issue, and safety is our top concern,” a JAL spokesperson said. “We are taking action and we aim to be able to win back the trust of our customers.” The spokesperson also stated that JAL would submit a full report to the Japan Civil Aviation Bureau, outlining specific procedural changes that the airline would implement in order to address the issue.

JAL plans to begin using more accurate breathalyzers, for one thing — the spokesman said that better equipment had already been rolled out for pilot testing before domestic flights. However, the real issue may lie with the test reporting process and may represent a harder change to tackle. Previous reports from JAL employees say that the current breathalyzer tests call for cabin crew to verify each other’s results, with no ability to store the data. Under the current system, crew members could easily take the test on behalf of a colleague and then confirm the results. The fact that the co-pilot had earlier ostensibly passed the JAL breath test has raised further questions about the company’s commitment to safety and the conduct of its employees.

Amazingly enough, Japanese law does not mandate a blood alcohol limit for pilots. However, 0.1 mg/L violates JAL's airline policy for pilot sobriety, and 12 flights in the past year were delayed as a result. “The generally accepted industry standard is what they call a ‘bottle-to-throttle’ time of 12 hours," Tudor said. "But there are no legal penalties under Japanese law for pilots being over the top as they are supposed to follow their own company’s regulations.”

The JAL spokesman stated the airline had never heard of its pilots attempting to evade breathalyzer tests, and denied the existence of a “culture of drinking” among its crew. But the airline has faced past scrutiny over employee drinking habits. A 1977 JAL cargo flight crashed soon after takeoff, killing all five people on board. The National Transportation Safety Board determined that the accident most likely resulted from negligence from the pilot, who was under the influence of alcohol.