Is the End of JetSmarter in Sight? 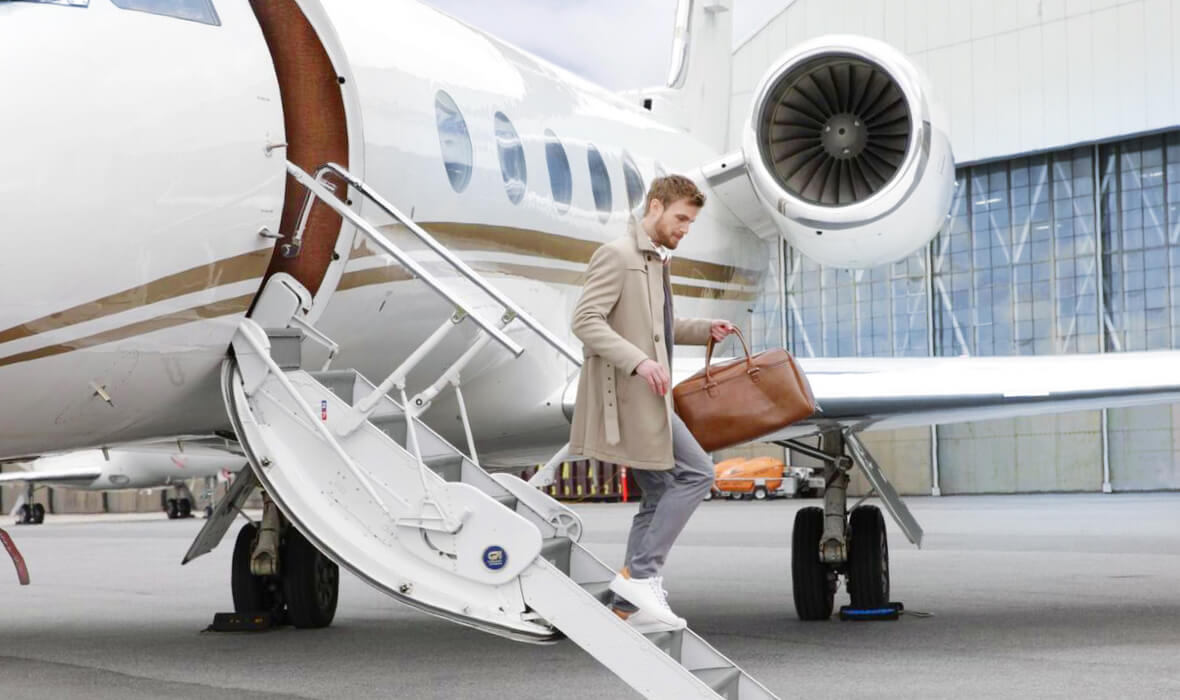 Is the End of JetSmarter in Sight?
This post contains references to products from one or more of our advertisers. We may receive compensation when you click on links to those products. Terms apply to the offers listed on this page. For an explanation of our Advertising Policy, visit this page.

It sounded like the natural next step in the new rideshare economy: a private jet service where status-conscious flyers could get unlimited access to their own planes for an annual subscription. Industry analysts freely bandied about comparisons to Uber and Netflix, and the startup attracted the likes of A-list investors like Jay-Z and the Saudi royal family, earning a $1.6 billion valuation. Meanwhile, top influencers including Kim Kardashian declared themselves smitten. It was supposed to be the future of flight, offering luxury travel made affordable by 21st-century know-how, and it had the name to match its promises: JetSmarter.

That was 2017. Today, the company, which operates out of the Fort Lauderdale office that then-Florida Gov. Rick Scott himself cut the ribbon for, is reportedly on sale for as little as $20 million.

“People in the industry are already calling it the Fyre Festival of aviation,” a source told the New York Post this week.

When it began in 2012, JetSmarter was a much more modest venture, selling seats on charter flights that would have otherwise gone empty — though passengers had to travel at the whim of whichever charter operator they were stuck with for a flight. In 2015, the company decide to up its game, transforming itself into an aspirational service that enticed new customers with the promise of rubbing elbows with the glitterati — Jamie Foxx, DJ Khaled, Emily Ratajkowski — while establishing stable routes between the homes of the wealthy and beautiful, like New York City, Los Angeles and Miami. The company hit over 10,000 members, and CEO Sergey Petrossov was touted as the Mark Zuckerberg of commercial aviation. JetSmarter was now a business that people talked about.

And, at least at first, paid for. The original subscription model would've been familiar to anyone with a Hulu or Amazon Prime subscription: After an initial buy-in of $2,000 (later $2,500, then $3,000), customers could sign up for a $5,000-to-$15,000-a-year rate that gave them supposedly unlimited access to seats, the ability to charter whole jets for no additional cost, free meals and helicopter rides to the terminal, and more.

Starting as early as 2016, though, people started to notice fraying around the edges. Out went the complimentary chopper rides and luxe meals (which now came with bills in the hundreds of dollars). Clients could no longer charter entire private jets for no extra charge. Flying around holidays became more expensive. And the rates began to climb.

In online forums, clients began to use the phrase "Ponzi scheme" — a criminal enterprise in which money from new customers is used to pay benefits to earlier customers to create the illusion of profitability — to describe what they felt they'd gotten themselves into, while the company began using draconian means to tamp down growing reports of discontent, including charging reporters $2,000 for flights if they didn't write positive stories within five business days.

(Petrossov and JetSmarter postponed and then canceled a scheduled interview with a reporter for TPG.)

Still, they couldn't quiet skeptical analysts who began doing the math, pointing out that the operating costs of the flights JetSmarter claimed to be running far outweighed what it could be making. Former employees told CNBC that the company was burning through cash; just meeting subscribers' demands cost $5 million per month.

Petrossov and JetSmarter reps wrote off the complaints as unfounded, arguing that supposed signs of trouble were merely growing pains as the company made tweaks to better serve a changing customer base. In summer 2018, the company said it was expecting to make $300 million for the year, and insisted everything was rosy just months after dropping what was arguably its major selling point, unlimited private flights, in favor of a pay-per-flight model.

The changes didn't sit well with longtime clients, and the company now faces over a dozen lawsuits, with customers claiming JetSmarter's sales team lied to them about what they were getting and that the company piled on a fortune in charges that they were never supposed to face. Contractors and former employees aren't happy, either, and have sued for money they claim the company owes them. To make matters worse, the Federal Aviation Administration and Federal Bureau of Investigation are now asking questions about the company. According to CNBC, the FBI asked about its "financials and business practices." JetSmarter said that it has never been the subject of FBI investigation, and that it is "not governed" by the FAA.

If the reports of a buyout are correct, it could mean an end to some — but definitely not all — of JetSmarter's troubles. The rumored purchaser would be a Dubai-based company called Vista Global, which formed only last September to buy up California-based private-jet operator XOJET. Vista Global's mission may sound familiar: to offer premium flyers instant on-demand charter flights.

This story has been amended to include a statement from JetSmarter that the company is not under FBI investigation.