Articles
Emily McNutt is The Points Guy's Global News Editor and is based in London.
Follow
Aug. 24, 2018
•
5 min read 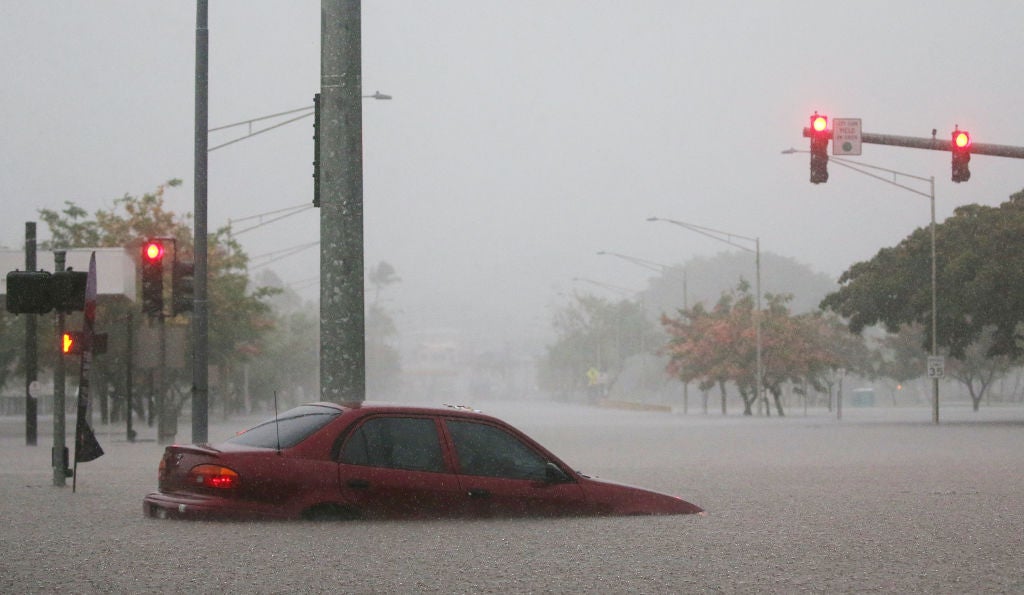 As Hurricane Lane continues on its path toward Hawaii, the Category 3 storm has already pummeled the Big Island with more than 31 inches of rain. With things expected to get worse across the state, airlines are taking measures to cap fares, waive fees and change flight schedules.

As of 12:00am Friday, the Hawaiian Department of Agriculture implemented new, temporary travel restrictions for all animals traveling to Hawaii — including service and emotional support animals. From Friday through Monday at 8:00am local time, pets — including emotional support animals — will not be accepted on flights into Hawaii. Those with service animals will be required to contact the quarantine office of the State during check-in at the airport to ensure that the service animal was pre-cleared for arrival in Hawaii. The Department of Agriculture said that all airlines had been notified of the temporary policy.

Along with the weather waivers that airlines have issued since the beginning of the week when news started breaking that Lane would bring severe weather to the state, several of the major airlines have taken additional measures. United announced that it was taking steps to reduce the fares on last-minute travel.

As of Friday at 11:00am ET, the following airline information, including weather waivers, are available for Hawaii travel:

On Thursday, American announced that its four departures/arrivals to Kahului, Hawaii (OGG) have been canceled due to an increase in the winds. Some of its flights to other islands were experiencing delays, but many were operating on time. AA said that it's notified all customers affected by the temporary animal restriction policy.

The airline still has the following weather waiver in place:

Thursday night, United issued a statement about its efforts in Hawaii. A spokesperson from the airline said that it's taken steps to reduce fares beyond what a regular last-minute fare would be. On Thursday, the airline scheduled two additional flights from Honolulu (HNL) to San Francisco (SFO) — one, operated by a Boeing 777-300 and the other, a Boeing 757-300.

On Friday, United had canceled all flights in and out of Kahului Airport (OGG). For those still in Hawaii with travel booked, United still has a travel wavier in effect until August 26.