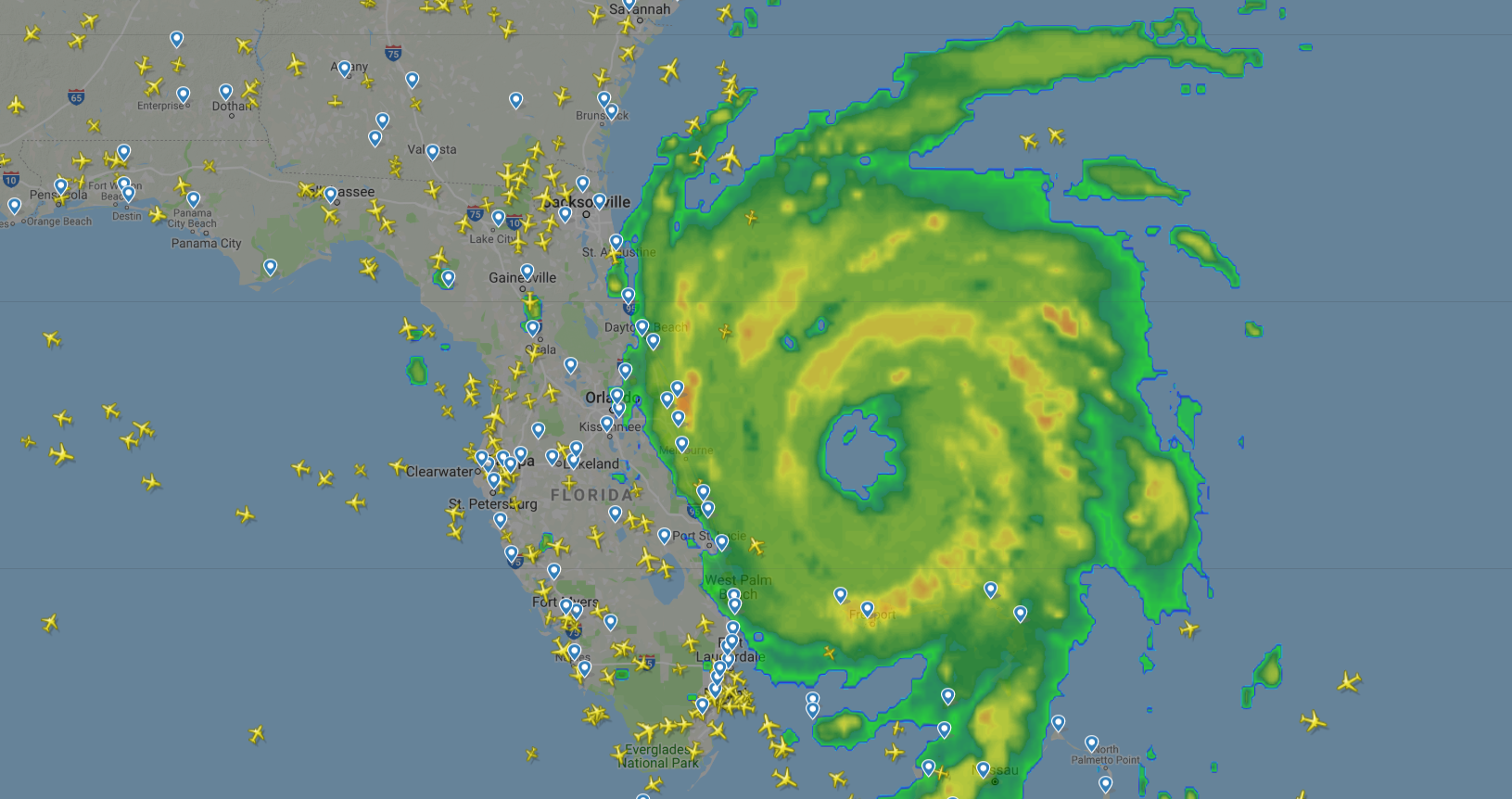 Warnings issued for Carolinas, new airport announces closure as Hurricane Dorian turns north
This post contains references to products from one or more of our advertisers. We may receive compensation when you click on links to those products. Terms apply to the offers listed on this page. For an explanation of our Advertising Policy, visit this page.

Hurricane Dorian has started its long-expected northward turn after devastating the northern Bahamas over the past few days. While that's good news for those in the Bahamas and South Florida, it's not good news for northern Florida, Georgia and the Carolinas.

Hurricane Dorian was always expected to make a close pass when heading north, but models now show the expected path shifted slightly west — increasing the chances of a landfall along the South Carolina or North Carolina coast. That's led to the first announced airport closure outside of Florida — Charleston, South Carolina — as the storm begins its march up the coast.

As of Tuesday's 5 p.m. ET update from the National Hurricane Center, Hurricane Dorian's top sustained winds have decreased to 110 mph — a Category 2 hurricane. It's expected to maintain 110 mph wind speeds for the next 36 hours before weakening slightly on Thursday afternoon.

The center of the official track as of 5 p.m. ET keeps the hurricane from making landfall on the East Coast of the US. However, the center of the forecast track is closer to the coast than in the past few days, and the South Carolina and North Carolina coasts are very much in the cone of uncertainty.

While all models are now in agreement that the center of the storm will stay off of the Florida coast, the proximity to the Florida coast are expected to cause flooding and strong winds into Thursday. Tropical storm winds are likely to reach the Georgia coast early Wednesday and the South Carolina coast Wednesday evening.

Even with the eye staying off of the coast, both Florida and the Carolinas may still get hurricane force winds as the storm passes. Hurricane Warnings are currently in effect from Sebastian Inlet to Ponte Vedra Beach in Florida and from the Savannah River that separates Georgia and South Carolina to Surf City, North Carolina — indicating that hurricane force winds are expected within 36 hours.

In addition, a Storm Surge Warning is in effect from Jupiter Inlet, Florida, to Surf City, North Carolina with up to 7 feet of storm surge expected in parts.

Evacuation orders are in place up the coast of Florida — including St. Augustine, Jacksonville, Georgia (east of I-95) and the coastal areas of South Carolina:

Between 3 and 6 inches of rain are expected in Florida and Georgia. However, rainfall could reach up to 15 inches along the Carolina coast later this week.

Charleston International Airport (CHS) has become the first US airport outside of Florida to announce its closure for Hurricane Dorian. The airport will close to all flights at 3pm local time on Wednesday:

Orlando International Airport (MCO) closed overnight Monday night. It's indicated to the FAA that it will reopen Wednesday afternoon. However, that reopen time could be delayed.

Palm Beach International (PBI) closed on Monday and planned to reopen Tuesday, but the reopening has been pushed back to sometime Wednesday:

Daytona Beach International Airport (DAB) closed at 6 p.m. on Monday and currently doesn't plan to reopen until Thursday night -- according to the FAA:

Further up the coast, Jacksonville International Airport (JAX) expects it will remain open through Wednesday:

Through midday Tuesday, there have been over 3,000 flight cancellations across just six Florida airports due to Hurricane Dorian. Additional cancellations are expected in northern Florida, South Carolina and North Carolina as the storm passes.

Although it's generally held off cancelling flights until the last minute, Delta has announced 180 flight cancellations Tuesday and Wednesday due to airport closures at West Palm Beach, Orlando, Melbourne, Daytona Beach in Florida and at Brunswick in Georgia.

Delta's fare cap on flights out of specified Florida and Georgia airports is only applicable for flights through Sept. 4. Flights are capped at between $299-$599 in Main Cabin and $499-$799 in the forward cabin based on the flight distance.

American Airlines and Delta are both waiving checked-bag and pet fees for certain airports covered by travel waivers.

American Airlines is waiving fees for two checked bags and in-cabin pets for flights to/from all cities covered under the travel alert in Florida, Georgia, North Carolina and South Carolina. These fees are waived through Sept. 7.

Delta's waiver only lasts through Sept. 4 from seven Florida airports.

Most US airlines have issued weather advisories for Florida, Georgia, South Carolina and North Carolina, allowing flexible travelers the chance to rebook away from the storm. Current waivers cover 24 airports on the US Southeast Coast and four airports in the Bahamas. Here are the latest waivers:

Related stories
Using miles and points to book airline tickets and hotels for others
Maui magnificence: A review of Kaanapali Alii, a Destination by Hyatt Residence
Target’s big annual gift card sale is this weekend
What are points and miles worth? TPG’s December 2022 monthly valuations
Featured image by Image generated by Great Circle Mapper.