How to navigate Austin City Limits like a local

Articles
Katherine Fan is a former senior travel features reporter at The Points Guy who covered everything from personal finance to travel and aviation.
Oct. 03, 2019
•
11 min read 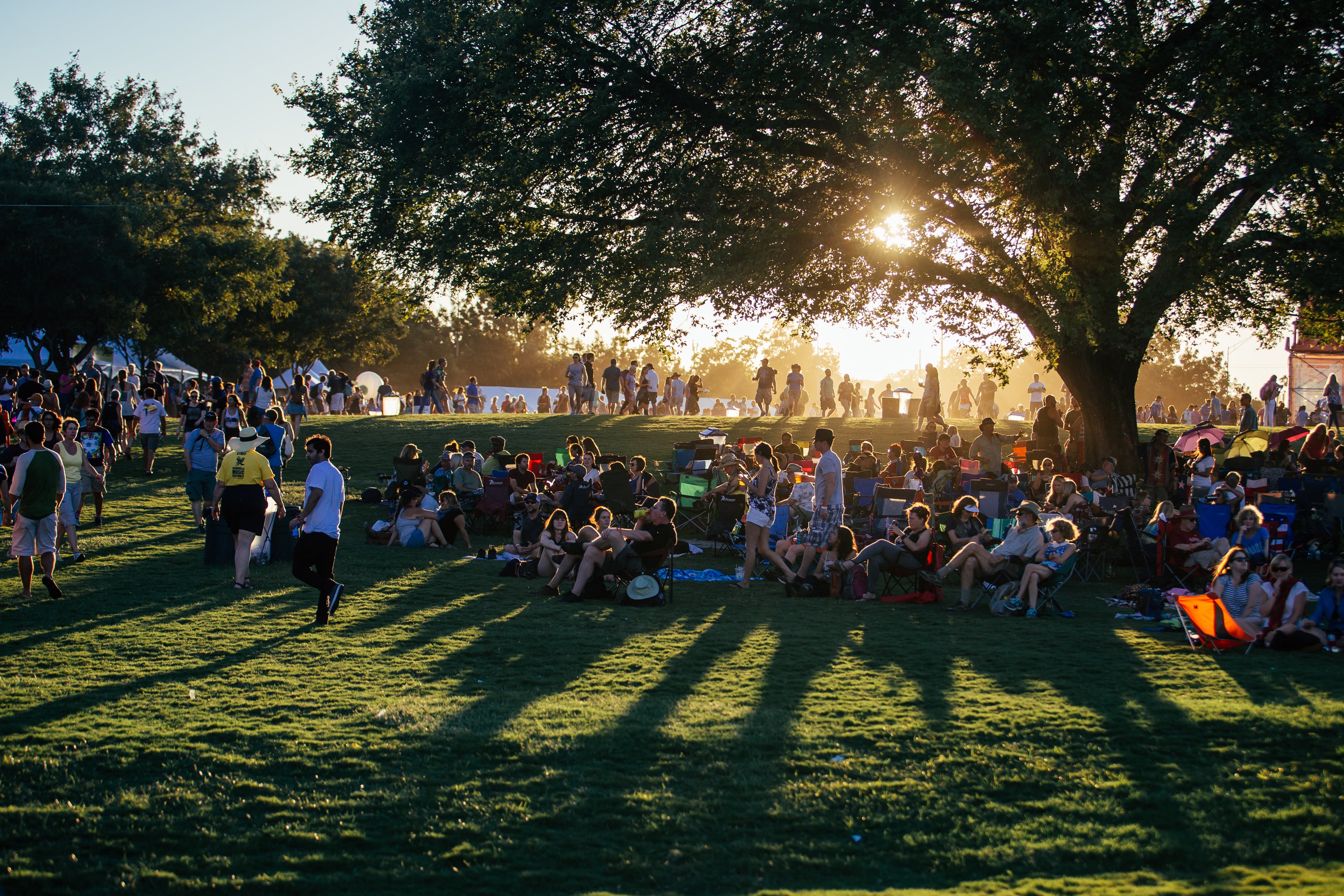 I love Austin conditionally. The breakfast tacos and BBQ, live music, endless options for entertainment and chill vibes are awesome. The humidity, allergens, crowds and road traffic are not.

The next two weekends will bring a significant increase of the latter three as more than 130 bands and their half a million groupies descend upon downtown Austin for the 17th annual Austin City Limits music festival. ACL is held in Zilker Metropolitan Park, a 350-acre plot of grassy land overlooking the downtown skyline. In a city that's already slightly over population limits for its urban planning capacity, that equals a lot of delays and traffic congestion.

But don't fret! This guide will tell you everything you need to know to get around.

Here's what you need to know about getting in and out of ACL:

To get in and out of the festival itself, you'll need to enter Zilker Park through one of three main gates (there are two additional east and west entrances for ACL platinum attendees). They are located at the northwest, southwest and southeast corners of the park, respectively.

It's incredibly crowded during peak entrance and exit times. If you don't have an Amex, plan for a minimum wait time of 30-45 minutes for wristband scanning and bag search. If you're an Amex cardholder, you can sign up for expedited entry.

How to get to Zilker Park from downtown Austin:

Instead, try these alternate options for getting to Lizzo, Cardi B and dozens of other musical acts without jeopardizing your relationships, in order of affordability followed by convenience:

As the Taiwanese joke goes, you can take the #11 bus — your own two legs. The hike-and-bike trail goes right up to Zilker Park from downtown. You can theoretically walk to Zilker Park from just about anywhere, but it makes the most sense to do so if you're staying within a one-mile radius of any of the exits. Make sure you know which exit to take to get home, because going the wrong direction will easily add an extra hour of walking in the dark.

Micromobility is very much a thing in Austin right now. Download these apps for a cheap way to get across town, with rates beginning at $1. Please note that scooters technically count as vehicles and are meant to be ridden in the street. Ideally, you should wear a helmet when riding one but realistically speaking, chances are low that you brought one to town with you. So I'll just say — please be safe, and don't ride them if you're drunk.

Take a peek at the Cap Metro Trip Planner if you need a cheap way to get to the designated pick-up spot at Republic Square. Several MetroBus lines, including routes 1, 2, 3, 4, 5, 6, 7, 10, 17, 19 and 20, will drop riders off within a block of the shuttle site and will operate throughout the festival. Note that the MetroRail will not be in service.

Passes can be purchased directly via the Cap Metro app or online for $1.25 for a single ride, or $2.50 for a full-day pass.

Barton Springs/Kinney is another dock option that's still close to the park. While the docking stations by the park no doubt will fill up bright and early each day, B-Cycle may be a quick, affordable way to depart the festival grounds if you need to dash back to your downtown Airbnb in the middle of the day.

Alternatively, JUMP by Uber also offers dockless bikes. Their whereabouts are a little less predictable, but it's safe to assume there will be a pile of them near ACL entrances.

Finally, OjO technically counts as a scooter for its size and motor, but includes a little seat and attached bucket for your belongings. So if you'd prefer to sit in style with less effort, this is an option as well.

You'll be able to fire up your Lyft or Uber app in Austin and hail a ride as soon as you exit the Austin Airport. Austin also has its own proprietary rideshare company called Ride Austin, a nonprofit that fingerprints 100% of its drivers for safety, and cuts them a larger share of the fare. You can expect regular fares to start around $6 during non-peak times.

Note that, to catch a ride from the airport, you'll have to exit the terminal itself and walk up to the second floor of the parking garage, directly across from the exit.

Getting to and from ACL:

Getting dropped off near an ACL entrance isn't too difficult; just type in "Austin City Limits" or "Zilker Park" for your destination when hailing a ride. However, pickup is a whole 'nother nightmare. I personally recommend walking out of the entrances as far as you can before calling a car, especially if you're headed back toward the downtown area. Not only are you likely to have a[n ever so slightly] lower surge rate; it will also be far easier to spot your driver, and to avoid having them block other vehicles while waiting for you.

There are a number of bars along Barton Springs Rd. that make for good pick-up locations, provided the areas aren't blocked off to road traffic (we won't know until festival time). The closest ones to the Barton Springs West entrance nearest downtown Austin are Chuy's, Baby Acapulco and JuiceLand. You could also use "Pecan Grove RV Park" as a destination, which should be slightly less crowded.

If you absolutely must drive into town for ACL, it's probably a good idea to find a parking garage near the Republic Square Park shuttle mentioned above. Day rates typically start around $5-10 depending on the garage, but those prices almost certainly will shoot up over ACL. You can use tools like ParkMe, ParkingPanda, SpotHero or BestParking to help you find the nearest garage and the rate for that day.

For my fellow Austinites, here are all the roads to avoid for the next two weekends. Barton Springs, Sterzing and Toomey Rds will be closed from 9 p.m. to midnight over both ACL weekends.

Safety is paramount at ACL, so you'll be subject to a bag search upon entering the grounds. Here are a few quick rules to note before you board your preferred mode of transportation to the festival:

That's it, my friends. Enjoy my town, welcome to the music mayhem, and help us keep Austin weird!