Articles
Jordan Allen has produced content for TPG on everything from travel trends to flight deals.
Follow
June 14, 2019
•
6 min read 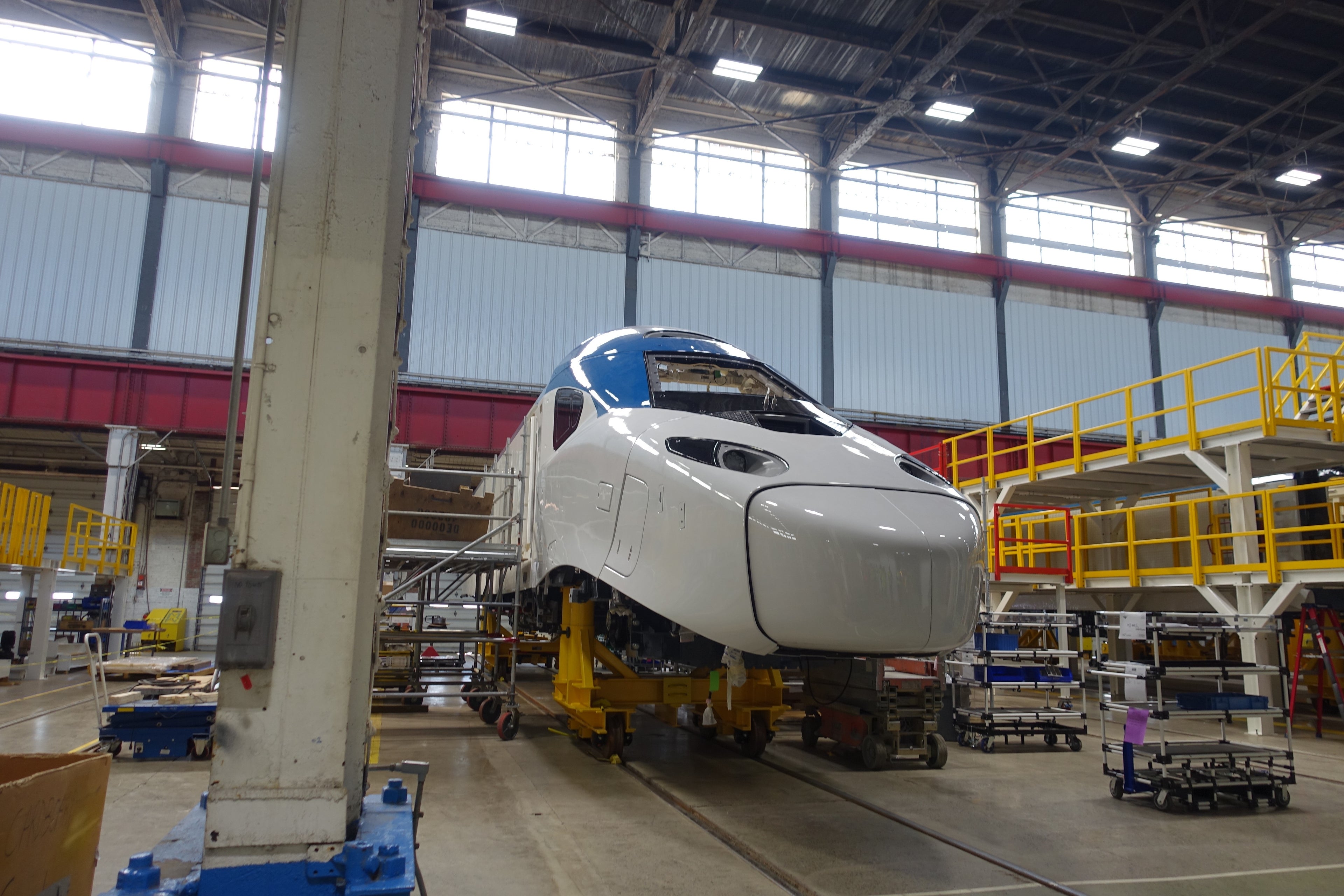 How the Next-Generation Acela Trains Are Coming Together in Upstate New York
This post contains references to products from one or more of our advertisers. We may receive compensation when you click on links to those products. Terms apply to the offers listed on this page. For an explanation of our Advertising Policy, visit this page.

There's a new Acela coming to Amtrak's Northeast Corridor, and it will make the running time between New York and Washington, DC about 15 minutes faster. Beginning in 2021, passengers between Boston and Washington will ride on Next-Generation Acela, the train that will slowly start to replace the original Acela two years from now. The Next-Gens are faster — going up to speeds of about 160 mph — will offer new amenities and dining options, and use 20% less energy than the current model. The new trains will also have 378 seats compared to 304 on today's Acelas.

The high-speed train has been operating in the Northeast corridor since 2000, between Washington, Baltimore, Philadelphia, New York City and Boston. It can travel up to 150 mph and is known for its "tilting train" technology, which allows the cars to lean into curves on existing tracks so it can reach higher-than-average speeds without having to rely on dedicated high-speed lines. While it's no Japanese bullet train or European high-speed train, which can travel at a whopping 200 mph, the Acela holds the spot for the fastest train in the US.

Currently, the new Acelas are coming together at the Alstom facility in Hornell, New York. The place is massive — with three locations throughout the small town, it contains about 700,000 square feet combined dedicated to building, repairing and testing trains on a track almost a mile long.

Alstom is a French-owned company, and the tilting-train technology is an Italian patent, but the new Acelas are largely made and assembled in the USA.

Amtrak is placing a heavy emphasis on improvements for the new trains based on customer feedback via social media and surveys. One of the innovations of the new Acela is assigned seating. While this is already available in first-class Acela cars, business class remains first come, first served. On the new product, all seats will be assigned in advance.

As for the rest of the passenger experience, the car layout is pretty similar to the current model. There will be 378 seats throughout, in first and business class. (There's no coach class on Acelas; for that, you'll have to take the standard regional trains.) New seats will include fixed, head-cushioning wings, personal outlets and USB ports in the center of the row (so those in the aisle seats will no longer have to reach over those seated by the window to plug in their chargers), adjustable reading lights in every seat, and state-of-the-art screens reminiscent of inflight maps on airplanes that will allow passengers to track their trains along their journeys. They won't be airplane-style seatback screens, however; they will be in the ceiling, and not at every seat. There will also be pulldown window shades, as opposed to the curtains in use today.

Currently, when traveling on the Northeast Corridor, Amtrak train travel produces 67% less emissions per passenger than flying and 79% less emissions than driving alone, according to Amtrak stats. New Acela trains will be lighter, which will use less energy overall. Other environmentally-friendly components include seating made out of recycled leather, new recycling bins and a new sustainable food and beverage program. Whether or not Amtrak will be ousting single-use plastics yet is currently unknown.

Accessibility features will also be incorporated, such as restrooms with a 60-inch diameter turning radius for people using wheelchairs and ADA (Americans with Disabilities Act)-compliant train cars.

Overhead luggage compartments will also be open shelves, rather than closed off like they are on airplanes, for easier access. Amtrak will also incorporate new interior safety details like seatback handles to aid customers walking through the train, grab bars for stability, gap fillers for space between the train and the platform and a smooth surface for entering and exiting the train.

Details on dining are still pretty vague. Amtrak has yet to narrow down a vendor, much less a menu, for the next-gen trains. In the dining cars, passengers will be able to order at a counter or grab their own snacks as they please. The car will also have high-top dining tables that can't be reserved in advance.

The new Amtrak Acelas will also be utilizing the new Moynihan Hall train terminal opening up by Penn Station. While there is a likelihood that not every train will avoid the nightmare dungeon that is the current Penn Station (that will depend on what tracks have availability upon arrival to the station), Amtrak officials at the factory said that the experience will be greatly improved by the renovations in New York. Amtrak plans on also opening their new Club Acela lounge for Moynihan in 2021.

Amtrak plans to have all 28 next-generation Acela trains operating the Northeast Corridor by 2022. Old trains will be phased out throughout 2021 as leases expire.

Related stories
When does airline elite status expire?
Increased offers available on Barclays cobranded business cards
This top cruise line is now throwing in free tours worth thousands of dollars if you book
Aeroplan launches HotelSavers as a new redemption option: What you should know
Featured image by Front of the train (Jordan Allen/TPG)

Our points-obsessed staff uses a plethora of credit cards on a daily basis. If anyone on our team wouldn’t recommend it to a friend or a family member, we wouldn’t recommend it on The Points Guy either. Our opinions are our own, and have not been reviewed, approved, or endorsed by our advertising partners.
See all best card offers
Related stories
Guide
When does airline elite status expire?
News
Increased offers available on Barclays cobranded business cards
News
This top cruise line is now throwing in free tours worth thousands of dollars if you book
News
Aeroplan launches HotelSavers as a new redemption option: What you should know