Articles
Mike Arnot is the founder of Boarding Pass NYC, a New York-based travel brand and a marketing consultant to airlines. A private pilot, he can sometimes be found above the skies of New York City.
Follow
July 17, 2019
•
7 min read 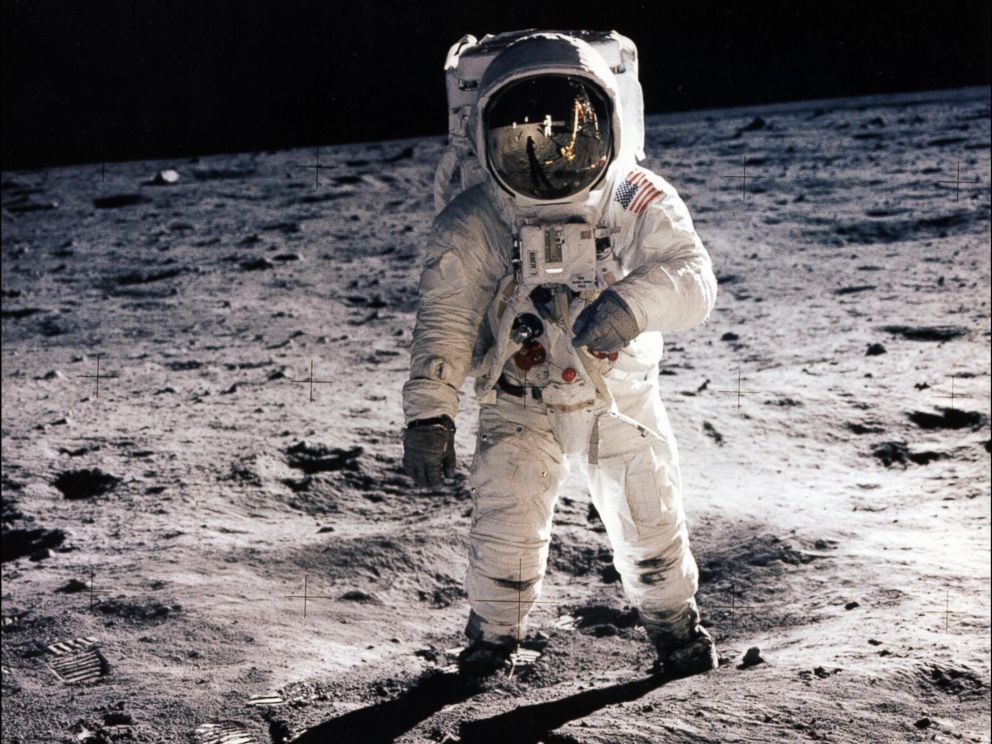 The 50th anniversary of the Apollo 11 moon landing is this week. The historic landing and the Apollo program that made it possible inspired technological innovation that continues today and introduced millions of people to the wonders of flight.

To learn more about its effects on commercial aviation, I spoke with Michael Lombardi, Boeing's historian and archivist, and Dr. Christian Gelzer, chief historian at NASA's Armstrong Flight Research Center, where Neil Armstrong was a test pilot before he became an astronaut.

Apollo 11 landed on the moon on July 20, 1969. Earlier that same year, Boeing launched the largest commercial airliner ever built at the time, the Boeing 747. Two years earlier, in 1967, Boeing had rolled out the 737, now the best-selling commercial aircraft of all time.

“These were huge, historic programs, all at the same time," Lombardi said, noting that Boeing was also developing a supersonic commercial aircraft, the 2707. (That program was cancelled in 1971 before any aircraft took flight.)

“As a kid in grade school watching the space program, it became my life. I was so inspired. I wrote letters to NASA, built models, and of course wanted to be an astronaut," Lombardi said.

"Like millions of other Americans, that didn’t work out for NASA," Lombardi deadpanned. "But I did the next best thing, and went to the company that built the components. And it’s the same for anyone in their 50s and 60s who worked at Boeing. I’m sure they’d tell a similar story. We were all inspired to start our careers in aerospace."

The six main aerospace companies involved in the Apollo mission were Boeing, North American Aviation, Douglas Aircraft, McDonnell Aircraft, Northrop and Grumman. Today, with the exception of Northrop Grumman, Boeing owns all of them.

Lombardi explained that Boeing's strength was experience in managing incredibly complex engineering and manufacturing systems. "The Apollo program got so big that NASA needed help managing all of the contractors," Lombardi explained. "James Webb, the NASA administrator, asked Bill Allen, the CEO of Boeing, to help. And this became the Apollo TIE program — technical integration and evaluation. So, Boeing helped manage contractors, the logistics of parts and integrating the supply chain. It helped NASA to focus on the mission itself."

Boeing is still providing this expertise today as the prime contractor for the International Space Station, Lombardi said.

"People may not realize that NASA did not build the components or assemble them," NASA's Gelzer said.

"The biggest impact of Apollo on commercial aviation undoubtedly is the introduction of fly-by-wire," said Gelzer. "It was a system created at the behest of NASA, who committed to fly-by-wire as a critical weight-saving requirement. And it first appeared on the lunar landing research vehicle (LLRV), which had no mechanical backup and no wings."

The LLRV was the test vehicle for Armstrong and his fellow potential moon-walkers, mimicking the controls and feel of the lunar lander itself. Gelzer explained that the system on the LLRV was an analog fly-by-wire system, where control inputs would meter how much voltage was sent to an electrical motor. "The concept is, to turn 90 degrees, 100 amps was sent. To turn 45 degrees, 50 amps was sent," he explained.

After the Apollo program came to an end, engineers on the LLRV program wanted to apply that fly-by-wire (FBW) technology to aircraft, making them lighter by using electrical impulses, instead of heavy hydraulic and mechanical systems, to move the controls.

They approached NASA headquarters where they eventually met with Armstrong, who was by then head of technology transfer to industry. He suggested the use of the Apollo Guidance Computer, of which NASA had a single spare, Gelzer said. Armstrong joked that it had performed the task of getting him and his crew to the moon and back on just 36 kilobytes of memory and would be suited to the task.

The NASA experimental team removed the hydraulic and mechanically controlled control-surface components of an F-8 Crusader fighter and replaced it with an FBW system, where electronic pulses controlled the ailerons, elevators and rudder. From that F-8 Crusader launched in 1972, the technology made the leap to General Dynamics, whose F-16 fighter that flew a few years later was a "pure" FBW system, Gelzer said. The leap to commercial aircraft came with the Airbus A320 aircraft, the first FBW commercial aviation aircraft, which first flew in 1987. It's now standard on most commercial jets, like the A350 below.

“And now that technology has migrated to the automobile industry,” Gelzer explained, noting that antilock brakes, cruise control and drive-by-wire accelerators owe their start to those initial experiments by NASA.

Other advancements were indirect, Gelzer said. For example, the US government bought so many integrated circuits — which were needed to run the inertial navigation systems in use at the time — that it made them cheaper for everybody. "The Department of Defense and NASA were major purchasers of the technology, which helped lower the costs of the parts," he said. Inertial navigation systems — which use computer power with gyroscopes, accelerometers and potentiometers to tell the position of an aircraft or spacecraft — were standard before GPS took hold.

“Apollo accelerated the technology of computers, which would support aviation,” Lombardi explained, noting that the first Boeing 747s did not have a flight management computer. “The FMCs came with the Boeing 757 and Boeing 767." If we fly in much safer airplanes today, it's due in no small part to Apollo. And, conversely, Apollo was helped along by airplane technology.

“Building spacecraft was very new and NASA needed to draw from the experience of aviation," Lombardi said. Indeed, McDonnell Aircraft and Douglas Aircraft built the Mercury and Gemini capsules, the predecessor programs to Apollo. "For example, North American Aviation, which built the Apollo capsule, had experience with fighter jets, the X-15 and the XB-70, along with use of exotic materials."

Not that exotic materials were used for Apollo; the capsule was made of the same airplane-grade aluminum as a Boeing 747, another wonder born in 1969 that still has a huge impact today. But that is a different story.

Mike Arnot is the founder of Boarding Pass NYC, a New York-based travel brand, a private pilot and a marketing consultant to airlines.

Related stories
Should you buy Marriott points with a 50% bonus?
5 secrets to getting a luxury cruise for less
Deal alert: Widespread Air Tahiti business class award space to French Polynesia
This no-annual-fee card earns 2% cash back on every purchase — and automatically applies your rewards
Featured image by Buzz Aldrin. Image via NASA.