Travel is back, and so are the crowds. How early do you need to get to the airport? 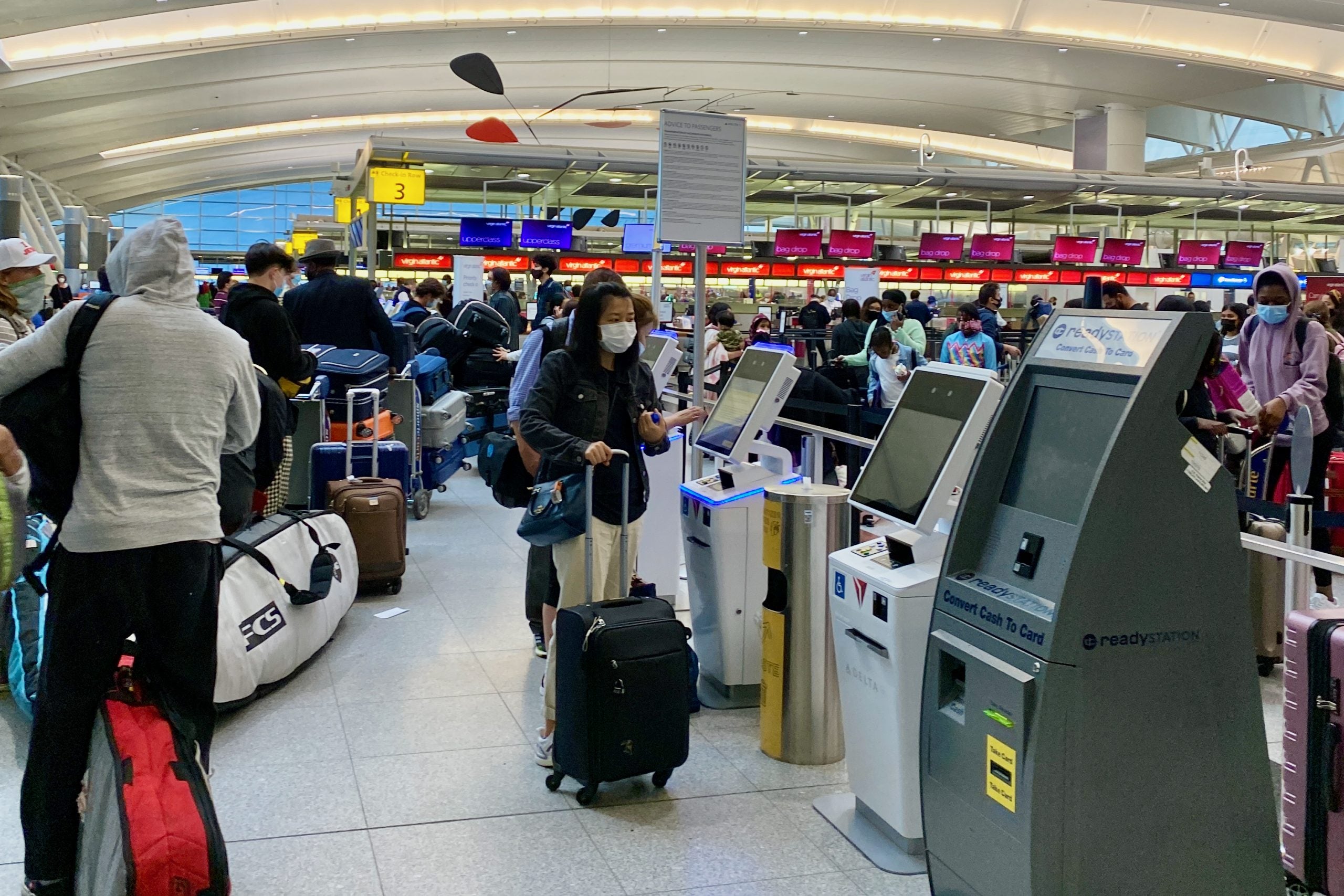 The sight of crowded airports and packed planes might be welcome for the travel industry, but for travelers -- not so much.

The uptick has resulted in long lines at the security checkpoint and bag drop areas and, in some cases, missed flights or connections. Some travelers haven’t flown since March 2020, when air travel all but grounded to a halt.

Are there ways to get around the airport crush right now? We asked the TPG Lounge Facebook group for suggestions for avoiding (or at least minimizing) stress at the airport.

Here’s what travelers flying across the U.S. and abroad said about getting to the airport during the pandemic.

Sign up for the TPG newsletter for more deals, tips, insights and travel news!

Clear is the expedited airport security system that allows you to get through security much faster. It’s currently available at more than 30 airports and other locations such as stadiums.

Travelers enrolled in Clear have their own security lane that allows you to use biometric authentication to check your identification instead of waiting for a TSA screener to check your ID and boarding pass. If you’re a traveler who likes to arrive at the airport at the last minute, Clear might be your best bet because lines are typically manageable.

Clear is also available to more travelers now, especially if you hold the right credit card. Recently, some American Express® Gold cardholders became eligible for a 100% return on Clear membership, up to $179. This is a targeted offer and eligible cardholders must enroll their card by Oct. 30, 2021, to receive the credit. And The Platinum Card® from American Express just recently added new, lifestyle-focused benefits, including an annual Clear statement credit, also for up to $179. Enrollment required.

“Amex Platinum now has a credit for Clear, so I'm going to combine that with PreCheck/Global Entry, so I don't have to wait long in line and spend more time in the lounges,” said TPG Lounge member Ken Rsh.

TSA PreCheck is an expedited security program run by the Transportation Security Administration. With TSA PreCheck, you can speed through security without removing your shoes, laptop, liquids, belt and light jacket -- potentially saving precious time ahead of a flight.

Global Entry is a U.S. Customs and Border Protection program that allows expedited clearance for preapproved, low-risk travelers upon arrival in the United States. Global Entry members can enter the U.S. through automatic kiosks at select airports and access all the TSA PreCheck benefits described above. Global Entry can come especially in handy if you’re pressed for time if trying to connect domestically after an international flight.

But don’t forget to renew

TPG Lounge member Steve Dorsey found out the hard way when he says he forgot to renew his TSA PreCheck membership during the pandemic.

“[I was] traveling to Santa Fe last weekend [and] didn’t have it,” he said. “Expired in May. Didn’t get an email or anything.”

A TSA spokesman told TPG that the agency sends members an email reminder to renew six months before expiration. TSA said it then again reminds members three months, one month, then two weeks before their membership expires. The agency recommends that PreCheck members check their spam filters if they don't see the reminders in their inbox.

Consider flying out of a smaller airport

Some of the U.S.’s largest airports have seen travel upticks sooner than other airports. But if you want to avoid crowds, you may want to consider flying out of a smaller airport over a large airport.

That means if you’re based in the New York area, which is served by the busy airports of Newark (EWR), LaGuardia (LGA) or JFK, you may want to consider a smaller airport like Long Island MacArthur Airport. Flying out of a smaller airport may mean being able to get to the airport a little closer to your flight departure than at a bigger one. I noticed this on an April trip to the Hampton Roads area when I arrived for my flight to Norfolk (ORF) just 45 minutes before. In contrast, I’d arrived at LaGuardia the previous week a full two hours ahead of time.

ISP Airport is admittedly a hike from New York City, so it may only make sense if you’re based in Queens or Long Island. Or, if you’re based in Chicago, consider Midway, or if Houston, consider Hobby...you get the point. Additionally, smaller airports also generally work better for domestic flights than international ones.

“I have international flights scheduled for September and October,” said Lounge member Cindy Henley. “I live in a remote area and fly out of a small airport. For people who have the option, maybe start your trip at a smaller airport that won’t be as crowded.”

Check and double-check your paperwork

While some delays can’t be avoided, like weather or mechanical problems, others are self-created. Traveling during the pandemic means needing lots of paperwork, and in some cases, extra copies of that paperwork.

Checking your paperwork before heading out can avoid headaches at the airport and may even give you an advantage over other unprepared travelers.

I saw this firsthand on a recent trip to Thailand, where I was able to sail through security screening in New York and Dubai because I’d kept an alphabetized folder on my phone with my travel documents, which included a PCR test, certificate of entry and proof of insurance. I watched fellow travelers struggle to find their documents or realize (too late) that they were missing a required form. And while I did arrive at the airport four hours early, I could relax in the lounge instead of fumbling for travel documents at the check-in counter.

Some carriers, like Delta Air Lines, have made it easier for travelers to check their destination’s entry requirements. So even if you aren’t flying Delta, it might be best practice to bookmark the page for later reference.

The moral of the story: Travel is complicated right now. Almost everything is taking longer than it used to, so be prepared. Use any service available to you to minimize lines and be sure to have all the paperwork you need to travel to your destination.

Related stories
Disney's Splash Mountain closing date announced, ride to be reimagined as Tiana's Bayou Adventure
Ending soon: Earn up to 80,000 AAdvantage miles with these Citi cards
Alaska Airlines debuts digital bag tags that don't come cheap
Bask Bank raises the mileage earning rate on its AAdvantage savings account — what you need to know
Featured image by JFK Terminal 4 lines in late May 2021 (Photo by Chris Dong/The Points Guy)
Editorial disclaimer: Opinions expressed here are the author’s alone, not those of any bank, credit card issuer, airline or hotel chain, and have not been reviewed, approved or otherwise endorsed by any of these entities.