How Do the British Royals Fly?

Articles
Ben Smithson is a senior writer for TPG UK. Originally from Australia, he is the primary points and miles writer for the U.K. site.
Follow
June 05, 2019
•
7 min read 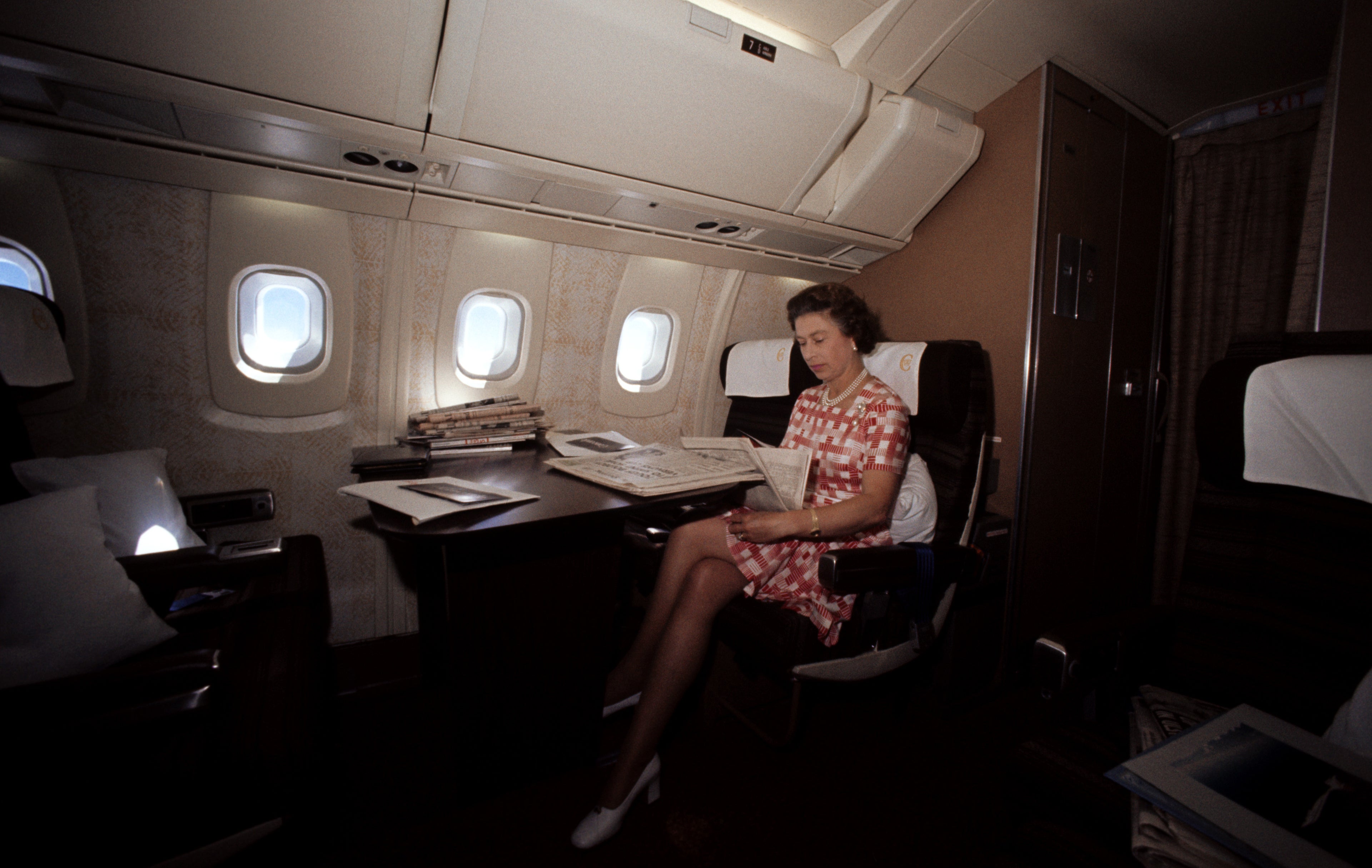 How Do the British Royals Fly?
This post contains references to products from one or more of our advertisers. We may receive compensation when you click on links to those products. Terms apply to the offers listed on this page. For an explanation of our Advertising Policy, visit this page.

The British royal family travels all around the world — in particular to some of the 53 sovereign states that make up the Commonwealth of Nations, including destinations like Antigua and Barbuda, Vanuatu and The Gambia.

But how do they do so?

The Queen herself does not travel on scheduled flights, unlike others in the family, but instead has chartered British Airways planes for official business numerous times before. For example, in 2011 she chartered a British Airways Boeing 777 for her journey to Australia for an 11-day tour with the Duke of Edinburgh, and has also chartered Concorde in the past.

Queen Elizabeth II and Prince Philip arriving in Kuwait by Concorde in 1979 (Photo by Tim Graham/Getty Images)She can also charter military or government aircraft, such as the specially converted Airbus A330 operated by the Royal Air Force. That aircraft is often used for flying the British Prime Minister and other senior government officials and is outfitted with familiar-looking staggered business class seats with direct aisle access.

In fact, there is also a squadron of the Royal Air Force officially known as the No. 32 (The Royal) Squadron, but more commonly known as The Queen's Flight. It flies BAe 146 jets and an Agusta Westland AW109 helicopter, all outfitted with VIP interiors. They are, however, used only for short-range travel; long-haul flights require other aircraft. As the RAF's VIP transport unit, it also flies government officials.

The Royal Household also has a Sikorsky S-76C++ helicopter, but as it is not a military aircraft, it bears the civilian registration G-XXEB.

Queen Elizabeth has reduced Commonwealth visits significantly in recent years (she is in her 90s, after all), with her children and grandchildren performing these duties in her place.

The rest of the royal family does fly commercial — Prince Harry and Meghan Markle once flew British Airways Economy from London to Nice, and the duo was recently spotted in Club Europe on a flight from Rome to London. Prince William has even flown ultra-low-cost Ryanair to Scotland before.

As the flag carrier of the United Kingdom, it's not surprising that British Airways is the airline of choice for the royal family. The Duchess of Cambridge Kate Middleton has a special connection with the airline — her mother was a flight attendant for BA.

Some other members of the royal family have flown on private jets before, but they must be travelling for official business in order to receive this benefit, and it is not guaranteed. The Queen reportedly sets a travel budget for the entire family each year, as these are taxpayer funds being used and costs can add up to millions of pounds each year.

The Duke of Cambridge is greeted by Crown Prince Al-Hussein Bin Abdullah II as he arrives in Jordan – his visit to Jordan is building on strong links between the two countries, and between the two Royal Families, who have visited each other many times over the years. The Prince of Wales last visited Jordan in 2015, and previously visited with The Duchess of Cornwall in 2013. The Queen and The Duke of Edinburgh made a State Visit to Jordan in 1984, and hosted King Abdullah II and Queen Rania at Buckingham Palace for a State Visit in 2001. To keep updated with The Duke's visit to Jordan, Israel and Occupied Palestinian Territories visit @KensingtonRoyal or visit our website (link in bio). ? Press Association.

Prince Charles chartered a luxury converted A320-232 from Masterjet in Paris for an official USA tour in 2015. The plane was configured for just 26 passengers and included a full-size bed and shower.

Royal protocol dictates that two heirs to the British throne should not travel together, so technically Prince Harry and his new son should not be on the same plane (nor should Harry fly with his brother William). This rule has been relaxed with permission from the Queen for Prince William and his children, given the complexity of forcing small children to travel apart from their father.

Queen Elizabeth is the only royal family member who does not need a passport to travel abroad because all UK passports are issued in her name already. Her identity is still checked when she departs and arrives in any country despite being one of the most famous faces in the world. Meghan and Harry's new son will need a passport if he wishes to leave the country just like any other child.

Related stories
Should you buy Marriott points with a 50% bonus?
5 secrets to getting a luxury cruise for less
Deal alert: Widespread Air Tahiti business class award space to French Polynesia
This no-annual-fee card earns 2% cash back on every purchase — and automatically applies your rewards
Featured image by PA Images via Getty Images