How and Why We Booked Our First Cruise

Articles
Summer Hull , aka Mommy Points, ran the Mommy Points site for families who want to travel more for less using miles and points for seven years. She now heads up a variety of special projects at TPG when she isn't exploring the world with her own two girls.
Follow
Nov. 14, 2018
•
8 min read 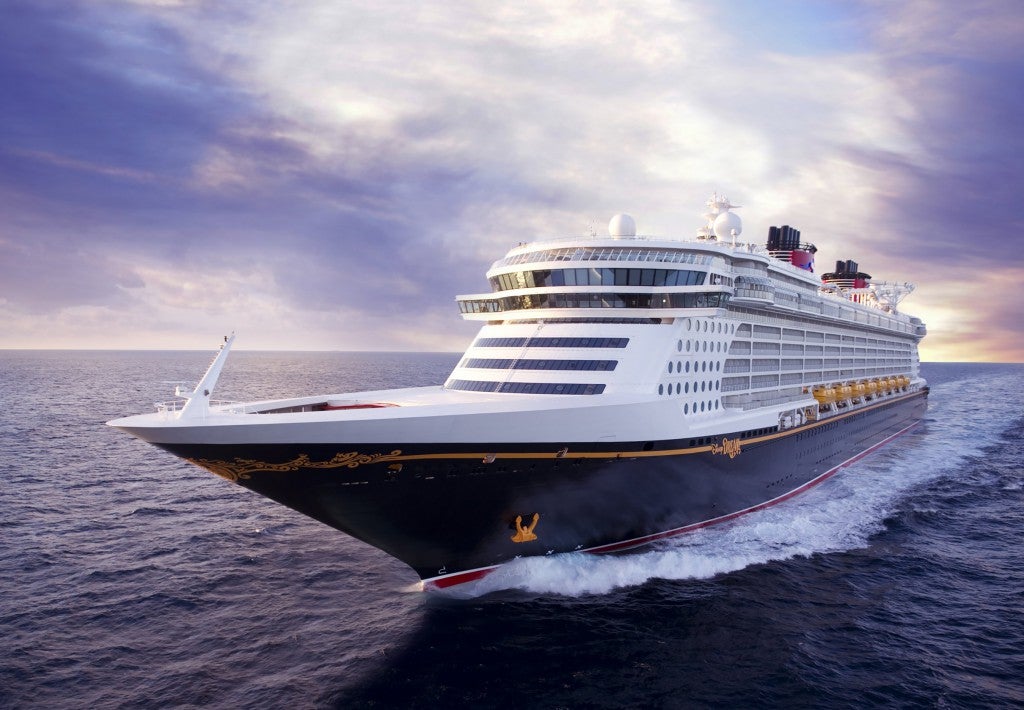 We've road-tripped, taken trains, gone in helicopters, enjoyed horseback rides and flown to different continents, but no member of my immediate family has ever, ever gone on a cruise. Heck, I haven't even walked on a cruise ship for a press tour or media day or anything. Cruises are truly foreign ground for this traveling mama. But, not for much longer. Our traveling family has finally booked our first cruise.

So, What Took So Long?

Considering that we travel a lot, and family travel is sort of my job, what took so long for our family to take a cruise? First, it just wasn't really on my radar. We didn't grow up cruising. I didn't have a ton of friends who took cruises. Plus, cruising didn't always have the best connotation in my mind.

Lots of people, buffet lines, packaged experiences shared with thousands, sub-par evening shows, tiny rooms and fear of some mass stomach bug outbreak (or worse) didn't encourage me to rush into booking a trip at sea.

Also, I like miles and points because they allow me to travel for significantly less than retail cost. There are ways to use points and deals to save money on cruises, but not in the same way that you can for flights and hotels.

My travel style is either to explore, or enjoy the heck out of an upscale resort or fancy hotel stay. Without spending a ton of cash, a cruise didn't seem to check either of those boxes.

Why Book a Cruise Now?

Given all of those reservations about cruising, why even bother? Well, partly, my job is in the travel world, and not trying something that so many people love seems silly, or at least incomplete. But, that's been true for years, so that wasn't the driving force behind booking now.

There are two or three main factors that pushed us into booking our first cruise. First and probably foremost, my kids are both old enough (but not too old) for kids clubs. Judge at will, but I'm a tremendous fan of vacations that include both family time and time away from the kids. Having an hour or two to just breathe and hang out with your spouse while the kids have a blast elsewhere makes the entire experience better (for us).

We utilize babysitters on some trips, but knowing that the kids are the right age to hang out in the included kids club absolutely tips the scales to a cruise being worth a shot for us in the near term. Best of all, on our selected cruise line, their ages (3 and 9 at the time of sailing) place them in the same kids club.

Two Rooms for a Little More Than One

As stated, cruising was not my home turf, so until pretty recently I did not realize that two connecting staterooms were only somewhat more expensive than one. Honestly, the idea of all four of us sharing one small room for days on end didn't sound fun. Some of us snore, some need naps, others of us are light sleepers and my kids are almost guaranteed to not sleep in their own bed on trips. How that was going to work out in a stateroom with a queen bed and some little bunk beds or similar was beyond me, but it probably wasn't going to be restful.

However, when I learned that two staterooms don't double the price, my cruising interest tripled. There are lots of sleeping (and bathroom) options with two connecting staterooms, so I felt much better about the entire experience when I realized more space could be had for a somewhat reasonable up-charge.

I'll admit it, we have (accidentally) become a "Disney family." I have a Disney annual pass. We are set for multiple Disney visits within a single year to multiple Disney parks. I've tried to ride every Disney World ride in a day and while Disney is not the only place we like to go, we are very solidly in our "Disney chapter." I could fight it, or I could lean into it and embrace the phase — and the magic.

Disney Cruises aren't the cheapest, and some would argue they aren't the absolute best out there, but it is a comfortable and familiar enough place for us to start our adventures at sea. I fully anticipate the entertainment to be solid, the food to be good and my daughters to be thrilled. Throw in a visit or two to the kids clubs and I think we will all have a blast on a Disney Cruise.

It's Still Just a Test

We won't dive into cruising with a transatlantic sailing or anything crazy. I think we will like it but it is still new to us, so we're starting with a three-night cruise. If we love it, we can do it for longer next time. If we don't, three nights isn't a huge commitment, nor does it even comprise the entirety of this trip. Since we will be sailing out of Port Canaveral, we'll tack on a couple of nights in Florida while we're there.

However, if we do like it, I have my eye on some longer options, such as the (cheaper) annual one-way trip from Galveston as Disney repositions its ship each January.

How We Booked Our First Cruise

I may be new to cruising, but I am not new to travel deals. While we aren't eligible for any sort of "return cruisers" discounts, we still managed to get some extra credits by utilizing CruiseCompete.com.

This was an easy way to get multiple offers sent to us from various travel agencies without doing very much work. I also researched other methods of booking a Disney Cruise, and almost booked via Costco Travel as the Costco gift card we would have received would have been worth more than the onboard credit we got by booking with another site. However, I received good service and had lots of my questions answered via Small World Vacations, so I was happy to lose a little bit of the credit to book with them. Disney Cruise Line was also great at answering my questions, but booking directly with them would have meant no bonus credits.

This page on Small World Vacations should give you a good idea of what types of credits are available if you book a Disney Cruise through them. A $150 onboard credit on a $3,000 cruise isn't amazing, but it is better than not having a $150 onboard credit.

Naturally, we paid the deposit for the cruise on a credit card that provides bonus points on travel. For whatever reason, my Chase Sapphire Reserve wasn't working that day, but that would have been a good choice at 3 Ultimate Rewards points per dollar on travel. Since the Sapphire Reserve was giving us trouble, we turned to the Citi Premier® Card that awards 3 ThankYou points per dollar on travel charges.

Had we wanted to use fixed-value miles to offset the cost of some of the cruise, we could have charged the booking to the Capital One Venture Rewards Credit Card, Barclaycard Arrival Plus World Elite Mastercard or the Discover it Miles card, and then offset some or all of the charge with miles.

If you're still not sure which card to use, here's a look at the best credit cards to use for cruises.

I'm not a family cruising expert (though she is), but what I hope to bring to the table is the experience of a first-time cruising family who has had hesitations about taking a cruise. While people who take their first cruise often end up taking a second, I know there are lots of us who have stuck to planes, trains and automobiles in the past. Now you know a bit about how and why I booked a cruise after almost 38 years of avoiding the water, so stay tuned for what we think of our first time at sea — and, of course, send tips!

Our points-obsessed staff uses a plethora of credit cards on a daily basis. If anyone on our team wouldn’t recommend it to a friend or a family member, we wouldn’t recommend it on The Points Guy either. Our opinions are our own, and have not been reviewed, approved, or endorsed by our advertising partners.
See all best card offers
Related stories
Guide
Get more from your points with these transfer bonuses
News
American unveils additional long-haul flights for summer 2023
Guide
Loyal to Costco and own a business? Costco Anywhere Visa Business Card review
News
American, JetBlue add 11 new routes as part of expanded Northeast Alliance