How Airline Pilots Can Be Qualified to Fly Different Aircraft

Articles
Mike Arnot is the founder of Boarding Pass NYC, a New York-based travel brand and a marketing consultant to airlines. A private pilot, he can sometimes be found above the skies of New York City.
Follow
April 25, 2019
•
8 min read 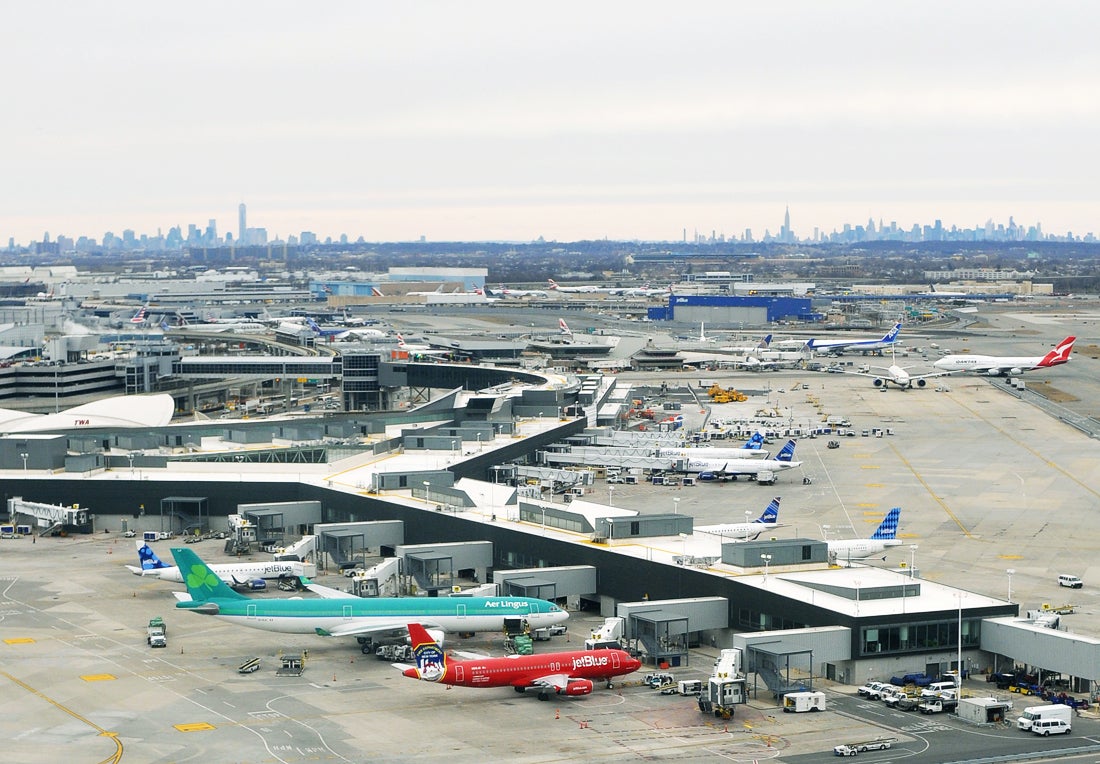 How Airline Pilots Can Be Qualified to Fly Different Aircraft
This post contains references to products from one or more of our advertisers. We may receive compensation when you click on links to those products. Terms apply to the offers listed on this page. For an explanation of our Advertising Policy, visit this page.

The Boeing 737 was introduced in 1967 and has since become the workhorse of airlines around the world. Perhaps surprisingly to many, a pilot certified to fly that original twin-jet from 52 years ago, the Boeing 737-100 model, would be equally qualified under aviation regulations to fly its descendant introduced in 2016, the Boeing 737 MAX 8. And similarly, a pilot qualified to fly a version of the 737 is legally able to fly every other one, despite the fact that several exist, and that technology has made giant strides since the first 737 flew.

But the training to fly the MAX for those qualified on the earlier models has come under scrutiny with the deadly crashes of the Lion Air and Ethiopian Boeing 737 MAX jets, and with the planes' subsequent grounding. Indeed, while Ethiopian was one of the first airlines in the world to have the 737 MAX full-motion simulator, the pilots who flew the MAX that crashed did not train on it. Instead they had completed the so-called differences training approved by the Ethiopian aviation regulator and by Boeing. They were qualified to fly the previous generation of the 737, and so they only had, legally, to go through that step in order to fly the current one — even though a key system that was designed to make the planes behave similarly likely played a part in both crashes.

That "differences training" is typically computer-based training, followed by four or so supervised flights afterwards. In the eyes of the airlines, regulators and manufacturers, that is enough since the planes are of "common type" and a pilot would be "type certified" to fly it and passengers.

There is no indication from the regulators, the airlines and the manufacturers that this will change based on recent events.

And you could be forgiven for thinking that the concept of these aircraft being of the same type, in layman's terms, is strange, given that the flight instruments look very different between successive models of the 737:

"I never flew the MAX or the original 100 or 200 series but I would make a very large wager that I could jump in either of those series right now and fly them easily and accurately and handle any emergency situation that you care to throw at me," said Chris Brady, in an email. Brady runs a Boeing 737 online technical guide and is the author of a book on the subject. He flew the Boeing 737 for 18 years, on models ranging from the 300 to 800. "I can assure you that underneath the skin they are equally similar," he added.

"The airplane will be of common type if it’s under the same type certificate when it’s certified, regardless of when it was built," said Dr. Carolina Anderson, an Associate Professor of Aeronautical Science at Embry Riddle Aeronautical University. "And the fact that the first models had round gauges and the new ones have digital displays does not matter. There's obviously a familiarization period needed for pilots. But the performance of the aircraft will not change."

"The avionics, equipment and type of engines might have changed but it is still considered the same airplane and it doesn’t have to comply with some newer certification rules that other airplanes under new type certificates have to comply with because it gets grandfathered in," Anderson explained.

Commonality is nothing new in aviation. Boeing started the commonality trend, but rival Airbus perfected it. Here's how.

The very concept of a common type was developed with the Boeing 757 and 767. Although they are different aircraft — the 757 is a single aisle, narrowbody jet for 200 passengers, the 767 a twin-aisle, widebody, 250-passenger airplane — they are of the same type according to the manufacturer and the FAA. It so happened that Boeing developed the two aircraft in tandem, with separate teams, before realizing the benefit of a single, standard flight deck. The teams were married.

The result is that the flight decks of the 757 and 767 are nearly identical, despite the planes being quite a bit different. Indeed, pilots have noted that a major difference is that one steps down to enter the 757 flight deck and steps up to enter the 767's.

This commonality resulted in huge savings for the airlines. Every time an airline brings in a new airplane type in the fleet, more pilot training is required, including several multi-million dollar full-motion flight simulators. By earning the mark of a common type, pilots can fly each aircraft without much or any additional training. This was a big selling point for the 737 MAX.

Airbus took Boeing's original common type concept and made it a major part of its marketing strategy and design. The flight decks and instruments are very similar between the tiny A318 and the mighty A380, and no different within its bestseller, the A320 family itself. Indeed, a pilot on the Airbus A320 can fly all the variants in the A320 family: the smallest A318, the A319, the standard-size A320 and all the way to the biggest, the A321, which can carry double the passengers of an A318, without any additional training. Airbus even has a name for their strategy and design masterstroke: cross crew qualification, involving a "reduced type rating transition course which gives credit for the technical similarities and common operational and handling procedures," Airbus says.

Take the example of JetBlue, which operates the A320 and the A321, as well as the Embraer E190. Pilots can operate the A320 and A321 seamlessly, but can't hop over to the E190 or the new A220 unless they are rated to do so. And that generally requires a weeks-long course and full-motion simulator training.

Commonality works also between the Boeing 777 and the 787, for example. The pilot of a 777 can receive eight days of training and be qualified to fly the 787; this cross-pollination of pilots is standard practice in the industry. To qualify for a Boeing 787 endorsement, pilots need to be current and qualified in the former aircraft, have completed a Boeing 787 differences course, and have passed the proficiency check that's required. (And then, get used the grey-blue color scheme on the panels of the 787 compared to the brown of the 777.)

"Enabling a significant reduction of costs for airlines, the differences training does not necessitate the use of a ground-based full-flight-simulator, and allows a 65 percent reduction in pilot training time — to only eight days — versus a standard transition course," Airbus says. Standard transition courses for pilots — as if they have never flown the particular aircraft — can take up to four weeks.

According to reports, the differences training for the 737 MAX from the previous model was a two-hour video tutorial session on an iPad. The New York Times has reported that United Airlines technical pilots assembled a 13-page handbook for their pilots to help them with the transition to the MAX. In a statement, American Airlines noted that "Boeing 737-800 pilots were required to receive some additional training on the MAX 8, which included an hour's lesson on some differences. Additional training was not required, as the 737-800 and the MAX 8 have the same type certification."

"They are the same aircraft albeit with more modern engines, instruments, and nav systems," said Brady, the 18-year captain, about the 737s. "The hydraulics, electrical systems, landing gear, fire protection, flight controls, fuel system and most of the warning systems are unchanged. You only have to compare the overhead panel or wheel well of a 100 to a MAX to see how very similar they are," he said.

"It's like a watch changing from analog to digital. It might be different, but we can still tell the time."